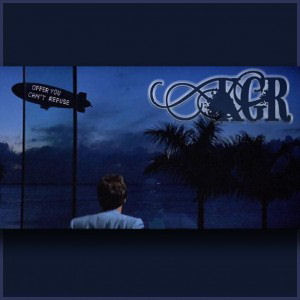 One of the funny things about Kool G Rap – and a definite advantage – is that he sounded like a 42 year old, been there, done that G twenty years ago. Now that he’s finally reached his forties, he sounds even more comfortable in his own skin, and on the new free download EP (“Offer You Can’t Refuse”) he sounds as fresh as he did all those years ago. Lyrically, he isn’t just good – he’s a true great, a beast on the mic with tongue-twisting polysyllabic rhyme schemes, genial story-telling abilities and magnetic delivery that’s probably slowed down about 1% over the years.

So we have eight tracks, clocking in at under 24 minutes, and it’s the perfect taster to prime us for apparent new album “Riches, Royalty & Respect” (which is destined to drop this year). Frankly, as long as the production is on point, you can already consider it an essential purchase, as his efforts behind the mic on OYCR as top notch. He’s never been the most prolific artist, putting out content for the sake of it, so you know that whenever he utters a single word, it is considered and worth hearing. Standout cuts include opener “The Fix” and “Scarface Snow” (which kind of exposes Rick Ross as a G Rap fan), not to mention the excellent title track.

Let’s not get it twisted – this is a free download, so don’t expect the greatest sonic journey of all time. It’s a mix of soulful gangsta beats, all very professional and consistent, without ever being truly masterful. But it provides G Rap with a platform on which he can spit his unique brand of legendary lyrics, delivery and narrative. And trust that this review isn’t some nostalgic, patronising pat on the back for some former great. Nope, KGR is back in full effect, and if his album is filled with brilliant production, not to mention a few choice guests, then expect RRR to provide the full package. For the young’uns amongst you that are uninitiated as to just how good Kool G Rap is, head over to his website, listen to the stream or download it for free. It’s an offer you can’t refuse.