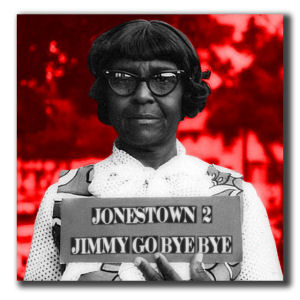 “If Snoop Dogg spit ‘West Coast’ verbatim
Every top 40 radio station would play it
And every socialite on California sands
would start dancin to the Schwartzman sample
If Jay-Z sampled a Daniel Johnston tune
You’d download Daniel’s catalogue of music
Don’t, try to deny it, it’s probably true
Cause whatever Jigga say you gon’ follow, dude”

On occasion we at RR open with a quote directly from the album we’re reviewing to give you an immediate taste of the flavor, illustrate what the artist is trying to achieve, or shock you into taking notice of what the rapper has to say. D-Sisive’s quote from “If…” works on all three fronts. As rebellious assaults on commercial hip-hop go, Derek Christoff’s in the upper stratosphere, taking his Cee-Lo-esque “Fuck You” to brand new heights. He’s not simply condemning the artists for making what he feels is cliched and boring music about conspicuous consumption full of tired gangster cliche; D-Sisive is condemningTHE AUDIENCE for being nothing but a herd of mindless sheep who go along with every word of it.

To be honest it took me a minute to catch on to his message. The line about Snoop Dogg is cleverly deceptive, since most of his fans and followers know that he reps for the Western coast of the United States in general, and California more specifically. What Christoff is referencing though isn’t Snoop’s “West coast” style of rap, it’s a song by a singer I never even knew of before he was mentioned here: Jason Schwartzman. Now to be fair I had heard of HIM as he’s been in a few films here and there and has a TV show on HBO, but it never occurred to me that the man was a singer. I did what most anybody would do – I Googled a few different spellings of his name and found out “West Coast” was a song on one of his albums. That turned the lyric from confusing knock on Snoop’s style to a scathing diss. “Hey! Pathetic consumer! You’ll buy anything Snoop covers! You have no taste. Whatever Snoop says, you’ll do, and Jay-Z too. You’re a mindless troglodyte!”

It’s time to be perfectly clear about one thing – Derek Christoff did not choose the name “Jonestown 2” for this album by accident. He’s entirely unapologetic about his attitude, which is more or less the hallmark of his entire career. While Marshall Mathers often claims to not give a fuck, he contradictorily craves the acclaim and attention he receives, basking in both the adulation and the hatred he gets being so well known. Christoff genuinely means it. This is a man who took six+ years off from the music business in the 2000’s due in equal measure to his disdain for the process and the depression he suffered from after losing both his parents. Arguably D-Sisive had a nasty, sinister edge all along, but the last decade has honed it to razor sharp perfection. This is a man who TRULY does not give a fuck. If you’re insulted at being called mindless sheep who are willing to drink Kanye’s Kool-Aid, he’s fine with it. Nobody made you buy his album, listen to what he has to say, or agree with him.

Here’s the catch – a lot of people DO agree. Albums like “The Book” and “Let the Children Die” are among the most acclaimed in the Canadian rap scene, and have scored equally high praise from RR writers. He may be snarky, cynical, bitter and jaded but he also connects with an audience of disaffected hip-hop fans and disenfranchised young people who either aren’t a part of the system ruling the world or don’t ever want to be. Without a musical backdrop to make his words meaningful he’d just be another beat poet howling at the walls of a sparsely filled cafe, but Muneshine is having audio intercourse with these rhymes. “If…” is hauntingly beautiful, with rising and falling strings of bliss, and at times you can let yourself fade into the moment and confuse D-Sisive for Jadakiss. I doubt he’d approve of that comparison, but it’s definitely meant as a compliment.

“Jonestown 2: Jimmy Go Bye Bye” is a big album in every way – in the breadth of topics Christoff covers, in the depth of sound Muneshine provides, and in the length of nearly an hour. It’s quite stunning to consider he’s giving this away for free. The drums of “Morning in Barcelona” reach out and grab you – it’s like you stuck your head right in the middle of a trap set. D-Sisive has found love and he’s getting in touch with his non-jaded side in the rhymes, but whether angry or happy he’s always lyrically clever: “You’re way too gorgeous to forfeit […] how did a nickel like me get a dime like you? It doesn’t make… cents.” The irony of the title “#1 Record” is emphasized by the Jay-Z cuts and scratches, plus the harrowing cameo appearance by the Vinnie Paz-like Adam Bomb. “Graffiti Wall” is a heartfelt tribute to the hip-hop elements and a look back on his own rap career set to a spartan and speedy backdrop. “Rob Ford” takes it a step further and talks about following the highs and lows of hip-hop music over the last 20 years as “a chubby white boy with the moniker misspelled.” The self-deprecating humor goes a long way toward offsetting the more bitter aspects of his personality.

Speaking of rap cliches, the one often bandied about on sites like this and reviews like these is “you can’t go wrong with a free album.” In truth you sometimes can. Sometimes a free download really isn’t worth the time or bandwidth it took to download it, the hard drive space it took up when you unzipped it, or the hour you spent listening to it. A lot of free music is free because it simply isn’t good enough or important enough to sell. None of that applies to “Jonestown 2.” This is quality music that probably SHOULD have been sold, but either way, this is an album you can’t “afford” to skip.