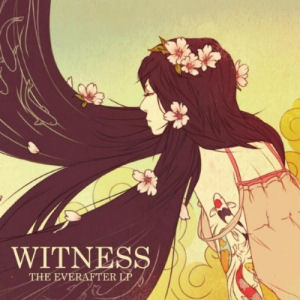 There’s something in the water in Minneapolis. That’s the only explanation I can muster as to why Twin Cities MCs are able to continually defy the tides of mainstream hip hop and keep churning out artistic underground rap at a volume and consistency greater than the once-prolific hip hop meccas on the east and west coasts. Minnesota rappers were the ones who first poured so much pain and emotion into their verses that some dubbed it with the moderate misnomer “emo-rap,” but even after a decade as a hip hop hotbed they remain distinct, emphasizing quality beats and rhymes at the expense of glitz and glam. It’s not just the Rhymesayers posse anymore either, as anyone in the 612 will tell you. Perhaps the best indication of Minnesota’s powerhouse status is that where rappers from the Twin Cities once had to set sail for New York or Cali in order to pursue their music dreams, today hopefuls are flocking there in hopes of joining the vibrant scene.

A Philadelphia transplant, Witness made Minneapolis his destination when he decided to make rapping his priority. If “The Everafter LP” is any indication, he ought to fit in there just fine. While his music is more than a few degrees removed from Atmosphere and the like, one can draw a few parallelsâ€”the deep, complex stories with startling attention to detail, characters so fleshed out it’s like they’re interview subjects, and memories so crisp it’s like looking at a faded photograph. Witness doesn’t just rap about his subjects, he actively characterizes them, down to their skin tone in the sun and subtle body language. He’s painting pictures with his words, and the poignancy is frequently remarkable. Check the barfly on “Cheap Date (Dive Bar Blend)”:

“I was in the dive bar bathroom listenin’ to last call
I’m lookin’ at a broken mirror like a glass ball
And double vision was affectin’ the judgment
But I wouldn’t recognize that reflection if it wasn’t
Why? â€˜Cause dude is buggin’, don’t he know it’s dangerous
Assumin’ he knows a human he ain’t even acquainted with?
And maybe it’s all peace as long as it ain’t him
Fed his own medicine, what would he say then?
I bet he’s never won a fistfight in his life
And he’s only charismatic when he’s speakin’ on a back beat
He’ll catch a buzz and fall in love with a stranger
At the bar and keep his promise that an hour makes her happy
Stereotypically skinny disheveled white boy
Music elitist guaranteed to hate the deejay
He’s tryin’ to stress that he’s so damn different
I bet he didn’t even notice he’s the clichÃ©s he hates”

This piece of startling self-reflection arrives as the third verse after the first two paint complex dive bar patrons so richly that you can practically see their faces and dance moves, finally resolving “I’ll take the time to get to know â€˜em sometime” after sixteens of ironic judgment. Witness’ verses are comprised of numbingly deep poetry, but even if the words are too heady for you the music is equally irresistible. With beats from Emancipator, Mob Robb, and Witness himself, the instrumentals consist of gorgeous jazz samples tantamount in soul to Witness’ charming lyrical depictions. “Cheap Date (Dive Bar Blend)” has a lively, contagious array of muted trumpets and pipes, and the opener “Twenty Three,” an absolutely ingenious study of maturity and nostalgia, is based on an arrangement of soaring sax samples and a soulful bassline.

Witness’ whimsical delivery adds further appeal to his compositions, a guttural rasp that at times strays into a seductive growl. When he raps, the vocals emerge in such a way that it sounds as if he has a genuine grin on his face and it’s taking his best efforts to avoid chuckling. And there’s nothing not worth smiling about on tracks such as “Sunburn,” which at face seems to be a brilliant lyrical landscape but upon further examination is a clever study of character (“We all wanna disappear sometimes / But we wake up every morning just in case that sun shines”). The relaxing “Watercolors,” built upon a laidback guitar lick and a subtle trumpet cadence, emits similarly inspiring vibes, and “Home Tonight” is an endearing profile of life on the road with a plethora of hilarious couplets dealing with random encounters (“I met a kid who said that I should date his sister / That shit would never happen, Republicans are bad kissers”), his own abilities (“I used to be a skinny loser that could write a thesis / And I’m still a skinny loser, but I’ll rip your mic to pieces”) and his eternally sunny outlook (“I do it as a student of the loop and the break / And live life like, â€˜What would Larry David do with this day?”).

“Sylvia Plath” has a lush sax line that sounds straight off a Blue Note record and a boom-bap drum pattern that sounds straight off a KRS-One record, and likeminded collaborator Unsung guests on “Holden Caulfield.” The wistful closer “Lower Case,” which utilizes a harp as well as or better than any hip hop song I’ve ever heard, recalls a time “when we were still in love and only spoke in lower case.”

There isn’t anything I don’t like about “The Everafter LP” besides that it’s a mere twenty-six minutes long. Some might label it “emo-rap” for the tales of lost love and longing, lustful profiles of conflicted women, but what sets it apart from the self-pitying narratives of avowed “emo-rappers” is Witness’ undying optimism despite his sometimes bleak imagery. “The Everafter LP” is music that celebrates life right down to the little intricacies we take for granted, and I can honestly say that it’s unlike anything I’ve heard before. Like any great jazz record, it’s unquestionably tasteful, and Witness reaches a new level of charm with his bedazzling lyrical portraits, innovative vocal approach, beautiful beats, and verses that are nothing if not sheer poetry. Few new artists are as captivating on first listen, and this record displays a rare and surefire talent with a distinct, inspired artistry that belies his young age. He may call himself Witness, but I’m confident that as his career progresses we’ll all count ourselves lucky to call ourselves witnesses.