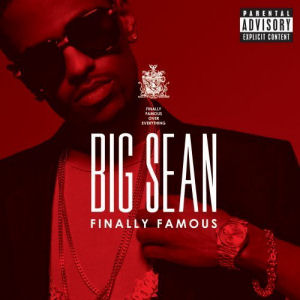 There was a tweet going around a short while ago to this effect: “Nowadays, hip hop LP’s are anticipated, leaked, reviewed, trashed & forgotten aboutâ€¦ 3 weeks before the release date.” Of course, that’s paraphrasing, and apologies to the original (now unknown) source, but it struck a real chord. It does seem to happen with alarming regularity, at least in reference to the albums that play hard and fast with the hype/quality ratio. It’s such a tricky balancing act nowadays for labels, artists and PR to simply get to the release date relatively unscathed, so that “the public will make up their own mind.” This argument, of course, is nonsensical: while critics do hold some sway with readers, the audience are clever enough to make up their own minds, and will almost always vote with their feet. The artists that have a mission, stick to it faithfully and carry it out with style/panache tend to deserve recognition, and a slow burn of sales. Long to the short? Wack albums might sell or not, but great ones will always reach the right ears. Eventually.

Time plays a leading role when talking about Big Sean’s “Finally Famous” – an album title that reveals all too much of this confusing debut album. Before, rap was an art form, and hip hop was a way of life. Now, rap is a way to get famous, and hip hop a subcategory genre in iTunes. The latter is certainly how the journey of Big Sean comes across, initially, at least. We are talking about an MC who pestered Kanye for a 10 bar audition over half a decade ago, and has essentially forsaken his originality personality in order to sell records and become “famous.” It’s both unnerving and – it must be said – kinda desperate. However, to leave it at that would do a disservice to the Detroit Westside native, as dig a little deeper, and you’ll start to see a touch more to both his own story and to the debut LP.

When I was spinning FF in my car, I happened to be giving a lift to a couple of friends, but didn’t tell them what was playing on my system. They honestly thought it was a compilation playlist of Drake, Chris Brown, Lil Wayne and Kanye West. When you listen for yourself, the influences on this album are as clear as daylight, and it’s one of the central problems – there is no consistent narrative voice, as Big Sean modifies his own voice to accommodate his guest, or adapts to the original tone of the song’s influencing artist. The Drake thing in particular is undeniable, and even if the Canadian did copy one particular flow and run with it, Big Sean now does an uncanny impression. Just listen to, well, half the album and the flows, the voice, even the studio effects are dead ringers: it’s genuinely perturbing. However, that doesn’t make these songs BAD, by any means – simply derivative. “My Last” features comeback kid Chris Brown, and it’s an extremely competent number; the emotional melodrama of the excellently-produced “Don’t Tell Me You Love” is a highpoint.

Other examples of Big Sean’s over-adaptability include “Don’t Wait For Me” – another solid number, but it’s very Kanye crossed with the actual guest, Lupe Fiasco (who drops a flow similar to “Till I Get There” from “Lasers”). Mr West himself turns up on the next track, the bizarre but joyful “Marvin Gaye & Chardonnay” which should burrow into your head. It’s worth mentioning at this juncture that there are only eleven songs (plus an intro) and, wisely, No I.D. takes care of seven numbers. This helps to give a relatively consistent and even listen, plus the veteran producer is on great form here, adding subtle touches and a high-level gloss to everything he touches. The Neptunes pop up on “Get It (DT)” which results in another impressive track, and you start to see a pattern emerging, where the music really grows on you the more you spin it. “Memories (Part II)” finds John Legend in fine fettle, and aside from the weaker effort all-round on “High” (usual marijuana nonsense, but with very few redeeming features) most of the music/choruses are thoroughly professional.

That may seem like damning Big Sean with feint praise, and it probably is to an extent. On an eleven track album, the production values are high, the choruses are generally pretty great, and it is without a doubt one of the more enjoyable records to bump in 2011. However, two issues undermine “Finally Famous” – Big Sean is claiming to be a genuine innovator, but he seems in awe of his idols, too deferential and derivative. This becomes self-evident when you listen, and there are arguably just two or three songs where you feel he is, perhaps, being himself. The other point worth noting is the subject matter: it’s very limited, shows a lack of ambition and scope, playing it extremely safely, which is a shame. These could just be put down to age, but he’s not actually that young anymore, and has worked on releasing FF for a number of years now, so he simply should have gone harder. It could just be explained by the don’t-drop-the-ball attitude that labels now take to debut releases, which is relatively understandable in this climate. Whilst it might be bordering on NLP, when he says that even if you might not feel him, maybe you’ll feel his energy, it’s actually true. This isn’t a great album, but it’s a solid debut, enjoyable and relatively consistent. The beat/choruses are impressive enough, and whilst it’s doubtful you’ll be bumping “Finally Famous” a year from now, it’s an album with merits that avoids the curse of the opening tweet, and sets Big Sean up pretty nicely for the next phase. Hopefully, now he’s sated his desire to be “Famous” he can put it all behind him, and focus on delivering GOOD music. Oh, and being himself.