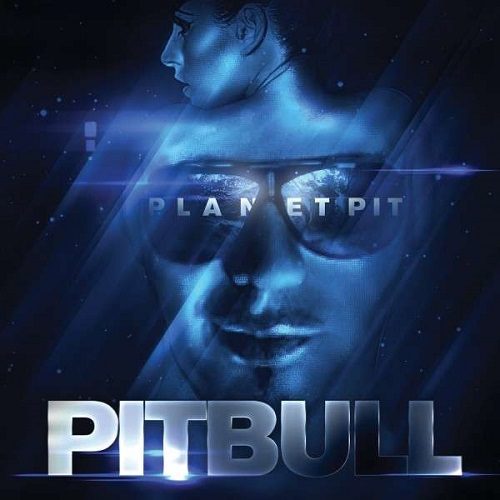 Beware of this dog on the dancefloor. In a rap career that dates back to “M.I.A.M.I.” in 2004, the son of Cuban immigrants has been living the American dream and scoring hit after hit on the dancefloor. He’s bilingual and more than happy to switch back and forth in his lyrics; he’s also musically bilingual and more than happy to switch back and forth between hip-hop and reggaeton. The man has a knack for picking the right guest stars, the right beats to rhyme to, and the right style to top the charts with at any moment. He’s a fixture from the radio to TV channels like mun2, and can often be seen at live fights not just sitting cageside but performing before the combatants enter. Pit is a carefully considered balance of machismo and swagger wrapped in a layer of cool that makes people want to associate with him and businesses get his product endorsement. Like most Pitbull albums, “Planet Pit” had singles well before the retail release date and the Sandy Vee produced “Hey Baby” was another smash hit:

Pitbull: “Make money, make money
This chico right here gotta eat baby
Cause scared money don’t make money
That’s how it goes in the street baby
But enough about the nonsense
Baby girl take a shot, clear your conscience
Not a goon or a goblin, I’m a monster
Cause I hit all the baddest women in the world (GANKSTA)”

Now how that sound – not profound? Too bad. Pitbull may be “Mr. Worldwide,” but that doesn’t mean he’s trying to change the world. There’s no shame in his game and no apology for it. In fact in the open to his latest chart-topper, the Afrojack produced “Give Me Everything” featuring Ne-Yo and Nayer, he takes just pride in having gotten to this point in life given what he had to overcome to be a star:

“Me not workin hard?
Yeah right, picture that with a Kodak
Or better yet, go to Times Squares
and take a picture of me with a Kodak
Took my life from negative to positive
I just want y’all to know that
And tonight, let’s enjoy life
Pitbull, Nayer, Ne-Yo, that’s right”

While Pitbull’s appeal may be to some degree global, it’s very rooted in both the local and latino flavors of his Miami, Florida roots. It’s no surprise to find that Red Foo of LMFAO both produced and appears on “Took My Love,” or that Tallahassee’s own T-Pain appears on both the aforementioned “Hey Baby” and the pulsing anthemic “Shake Senora” along with Sean Paul. Floridians represent, latinos represent. Marc Anthony is on the RedOne, Rush & Jimmy Joker laced “Rain Over Me,” already penciled in as the next single off “Planet Pit.” Enrique Igelsias can be heard on “Come N Go” as well. He reaches out to contemporary R&B as well though, with Chris Brown on “International Love” and Kelly Rowland on “Castle Made of Sand.” Pit has covered ALL of the bases.

Over time (and at 56+ minutes on the deluxe edition you’ll have plenty of it) one can’t help but notice that Pitbull has as years gone by become a very slick and polished product. That’s not to say that the dog is all bark and no bite, but the thumping dance sound makes his music work anywhere from a Miami night club to a Vegas strip club. The lyrics don’t really need to be at the forefront any more, and sometimes in the hard hitting beats and crooned hooks you can even forget that Pitbull is on a song altogether – “Give Me Everything” being the ideal example of that. It’s a curious problem to create a sound that’s so identifiable as your own, yet so formulaic you could actually be taken out of it without being noticed. Pitbull’s rapping machismo enhances his songs, but for better or worse there are times on “Planet Pit” where he seems caught up in the limelight instead of shining in it. This is likely to be his most successful album to date regardless.