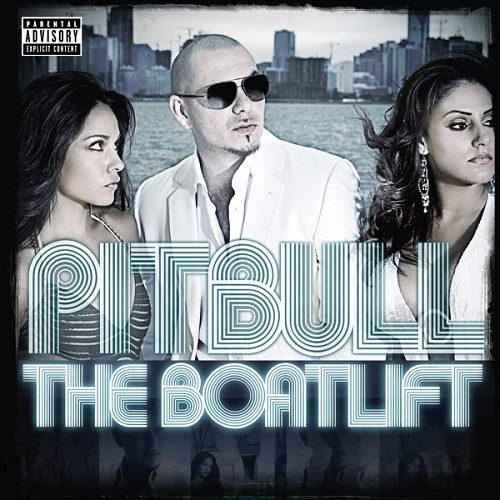 “The Boatlift” is the third studio album by Cuban-American rapper and Lil Jon protoge Pitbull. Pitbull’s genius is his ability to meld the thumping riddims of reggaeton with the equally thumping crunk. The result is something that smoothes out some of the rough edges of both forms of music, making a finished product that is less abrasive and easier for non-Spanish speakers to get into. “The Anthem” is a perfect example: It mixes up a pounding, stomping beat with some saxophone squawks and Lil Jon’s dance floor bark, all perfectly suited for Pitbull’s horndog Spanglish rhymes.

He’s at the top of his game on club anthems like “Go Girl,” whose whistling beat owes a little something to Timbaland, “Dukey Love,” the obligatory ode to female posteriors, and the Dirty South weed anthem “Sticky Icky,” one of three tracks produced by Lil Jon. Fans of Pitbull and Lil Jon will notice that “The Boatlift” is less crunk than Pitbull’s past albums. Lil Jon may be convinced that crunk’s not dead, but he obviously realizes the need to develop his sound. Jon’s production here is a little less aggressive and less stripped-down than his past work, with more instrumentation and complexity in the beats. That isn’t to say he’s gone all Neptunes on us, but he has taken it beyond bass, drums and screaming.

In fact, the harder, more street elements of Pitbull’s previous work are largely absent here. He perfectly captures the sweat and sex of a crowded Miami hotspot on a Friday night, and leaves the strife and drama of the streets at the door. Given the title of the album, which references the Cubans boatlifted to the US, I thought that the lyrics would be at least somewhat political. However, with the exception of a few bars, Pitbull is far more preoccupied with partying than geopolitics. In fact, almost every song on the album is about women and partying. “Go Girl” pretty much sums it up:

He does bare his soul on the R&B-tinged “My Life,” featuring Jason Derulo on the hook:

“All I know is the hustle and grind
And all you want is some quality time but
I can’t give it to you due to the life that I chose
My heart is so cold to the point that my blood it froze
I might wear diamonds if they really could freeze time
But then again time is money and I needs mine
There I go again being selfish
And here you go again in love and helpless
You mean the world to me baby, you know it’s the truth
But I don’t know who I love more, you or the booth
These are just some things I need to get off my chest
Sometimes I feel all I can give you is sex
I’m sorry”

Still, the five lame tracks aren’t enough to kill the heat on “Boatlift.” Songs like “Poquito,” “Get Up/Levantate,” and “Ying & the Yang” are infectiously bouncy, and provide a healthy dose of latin-tinged dumb fun. The album is rounded out by some good features by Trina, Jim Jones, Trick Daddy, and Twista. On “The Boatlift,” Pitbull continues to prove himself as an MC who is able to bridge latin hip hop and Southern hip hop, creating a sound that should appeal to fans from both camps. He may not be the deepest lyricist on earth, and his attempts at bedroom music may fall flat, but he makes a mean soundtrack for a night out.