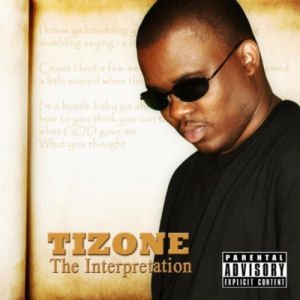 .” The accompanying soundtrack may be best known for the Lost Boyz song “Renee,” a chart-topping single which also placed first in a hip-hop poll conducted by Charles Isbell for whackest rhymes – and it’s hard to argue “She wants to be a lawyer – in other words, shorty studies law” is bad (and redundant) even by Mr. Cheeks standards. The soundtrack was unapologetically eclectic, pairing UGK with Keith Murray and Lord Jamar, and Doug E. Fresh with Luther Campbell, but was well-received by hip-hop heads for being almost entirely rap from start to finish and featuring the likes of Mobb Deep, Ghostface Killah and Shock G.

Quietly tucked away in the middle of all this 1990’s rap star power was the debut of a pair of rap brothers named Lil’ Bud and Tizone, who starred on the third track “Funky Sounds.” Actually to be honest Tizone was barely on it, but he got a co-credit because like the Wayans family themselves blood runs thicker than water. Tizone was the older brother/producer, and the younger Lil’ Bud was his hip-hop protege. It wasn’t until later that Tizone’s rising confidence caused the Chicago native to raise his profile on records, working with Keith Sweat and providing verses for his songs like “Freak With Me.” Even though he’s still a relatively young man in the business, Tizone can claim a three decade span in the music industry both in front of and behind the scenes. If you don’t proclaim your game, nobody else is going to do it for you, and the bio accompanying “The Interpretation” mentions those credentials and the fact he knew the late great Notorious B.I.G. before he passed away.

Now the obvious question at this point is “Why isn’t Tizone a household name?” He was certainly in the right place at the right time when hip-hop’s popularity was skyrocketing in the 1990’s. By his own admission on “What You Thought” he was courted by everybody in the game including Sean ‘Diddy’ Combs to be their in-house rapper/producer, but “Diddy want the publishing and that ain’t cool with me.” Tizone didn’t take the deal, and some of the ones he did never panned out well. An album with his brother titled “Ghetto Wayz” just barely made it out to retail, had one single with Keith Sweat that charted, and a title track with R. Kelly that got a little circulation. After that both seemed to vanish from the spotlight, although as Tizone notes himself he was quietly “helping many independent artists through his creation of Basstone Entertainment.” That carried him until June 2007, “when Tizone founded and opened Radar Recording Studio.” Radar Recording has become both his home for production and his label for re-launching his rap career on “The Interpretation.” He works all the angles on this self-produced album. There are sex raps like “Tell Me”:

“Let’s set the mood and then, throw on some Isleys
It’s for the love of you, that I can’t stop touchin you
and rubbin you and huggin you
You know I like them lips and your pretty eyes
I can’t forget about them big thighs
Cause it make me wanna say my my my my my
I know you fantasize, every time I leave home
When you all alone, playin all them slow songs”

And there are hardcore rebuttals to haters like “Get at Them Later”:

“Stop! Do you really wanna go there?
You clowns soft, um somethin like teddy bear
Don’t get it twisted dude, this ain’t about rap
Keep dissin Radar and you get your ASCAP-ped
Oooh! Thwart the climb of your BMI
Body Mass Index, straight to the fuckin sky
Y’all didn’t hear me when I said it’s a wrap
So I gotta make ’em clap, took these dudes off the map
I tried to show you love
But it’s hard to break bread wit’chu internet thugs”

And he’s even got the summer cool mellow out songs like “Feel the Breeze” featuring Law Hood. It’s obvious there’s no style of rap flow or production that this Chi-Town native can’t master, and he’s certainly got a compelling story of making a long awaited return from relative obscurity. He even apologizes on the “Intro” for making everybody wait so long while he had to “return from the depths of the hood” to “rise above poverty.” Clearly those goals have been achieved and Tizone is here to stay. This is the point where I have to apologize to Tizone right back, because after 18 fairly well produced and fairly well executed tracks on “The Interpretation” I have to say he’s a fairly good rapper and artist – emphasis being FAIR. Clearly he’s a young man with a good grasp of all the fundamentals, and he’s got a sound mind for the business that combined with his hustle will help him succeed even if it’s behind the scenes instead of in front of it. After pondering his career arc to open this review, I’m glad for that knowing he’ll be fine in 2011 even if this album doesn’t blow up. I’m not convinced it will.

When the late Guru said “it’s mostly the voice, that gets you up” he was defining an important principle of hip-hop in his own way. People loved or hated his vocal tone, but it was distinctive and it stood out. To me Tizone’s voice is not that memorable – as evidenced by the fact I didn’t spend any part of the last 15 years going “Whatever happened to Tizone?” Never crossed my mind, and again I feel bad saying that cause dude isn’t a bad emcee skills wise. His flow is aight, his lyrics aren’t Mr. Cheeks level absurd, and he doesn’t try to go extra hard like he’s some big time killer or drug dealer to impress listeners. He’s everything you should be but minus the memorable sound that hits you in the head leaving a permanent mark on your brain. After the voice fails to catch your focus, you start to notice the beats are rather pedestrian too. He’s good – perhaps better than most – but I’d still take an Amp Live or a Polow Da Don track over anything here. They drop the unforgettable beats, Ti drops forgettable.

Ultimately I feel like I’m shitting on dude when technically he hasn’t done anything wrong except for the fact he didn’t WOW me. Tizone’s just fine, and he’s gon’ be just fine, and “The Interpretation” is just fine too. If that’s compelling enough reason for you to buy, go ahead. The problem is I just don’t see how he gets over at anything but a local or regional level. I’d enjoy a Tizone guest verse and respect a Tizone produced track on anybody else’s album, so I hope he keeps putting in work.