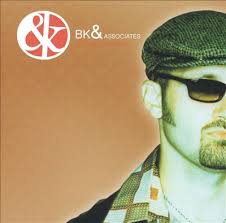 Hip-hop, like the rings of a tree, is an excellent meter of popular earthly pleasures. For instance, the Sugarhill Gang (or whoever really wrote their rhymes…) said they had “a color TV, so I can see the Knicks playing basketball.” Color TV… wow. Fifteen years later Frank M. H. White said “Super Nintendo, Sega Genesis. When I was dead broke, man I couldn’t picture this.” Imagine if he lived to see Halo? And this year Birdman and Mannie said “Have you ever seen crocodile seats in the truck? Turn around, sit it down and let ’em bite your butt.” Indeed.

However, future generations would be lost if they had to depend on hip-hop alone to measure our spirituality. We’ve got KRS-ONE’s “Spiritual Minded” and… um… BB Jay. Does Kirk Franklin count since he’s got the baldie now?

Luckily, there are indie albums like the self-titled BK & Associates that are helping to fill the bill. While this CD from producer Blake Knight isn’t perfect, it’s definitely a step in the right direction.

The album starts on some Antonio Carlos Jobim-type shit (the Latin-flavored musician who did “The Girl from Ipanema”) with a strumming guitar fit for sipping your Frappuccino… at least until the kickdrum jumps in. The aptly-titled instrumental “Welcome To My World” sets the standard for the LP. Clean production, a relaxed feel, and music that sounds so live you keep waiting to hear “And Ron Carter is on the bass. Yes, my man Ron Carter is on the bass.”

However, underlying the smooth beats and easy-going rap flows is a strong spiritual current. “BK & Associates” plays like an open letter to God — less BB Jay and more Q-Tip stranded in Tibet. It’s easy to skim the LP and miss the strong spiritual views being dropped.

The rhymes, like the beats, are mellow — perhaps too mellow for most hip-hop heads. Fortunately, there are nice wake-up calls that remind you that this is a hip-hop album, like the accordion-killing “Melodic Parabolic” featuring Freddie Bruno. You can almost see the disgruntled face of the person on the receiving end of these rhymes:

“From sundown to sunrise, exploiting your disguise
Yo, your sound in the mixer is overpowered by battle cries
We’re battle spies, holding the naked eye with integrit-i
Atmosphotic stabalotic with topics
I channel live from the mind of the hive
Each face spy with dominant wordplay of which you are deprived
Here’s the obviousness of my competitiveness
Paintin’ pictures with my words like a haven of bliss
Yo, you couldn’t lead a cipher if followed by Israelites (ha)
And couldn’t come off if you detached from the mic
Still my height of insight reaches beyond the stars
Past the Earth’s atmosphere, past the surface of Mars
The Ill, the rawest material in your sector
With bass and treble I’m a rebel like the inspector
I win all slots, shredded down the tri-sector
On point freedom fighter, anointed in my lecture
We march on, leaving our mark on territory
With the powerful story that studied in laboratories
Leave it gory like the scene of an autopsy
Shine from sea to shining sea so that all can see”

BK brings more than a dozen rappers together to flow on his tracks, including John Reuben, Mars ILL and Play-Dough from BK’s group Ill Harmonics. Their skills and styles are all over the map, which keeps the album from becoming too monotonous. It’s also interesting how just about every one of the dozen cuts expresses spirituality in a different way, making it easier for someone to dig at least one song on the album

Perhaps the hottest cut is “What’s Real” featuring Tunnel Rats (Peace 586, Raphi Macho of New Breed, Theory of LPG). Vaguely reminiscent of Beanie’s “What’s Your Life Like 2,” a cooing Native American woman and a heavier-than-thou bassline take the listener on a trip to find something meaningful and — dare I say it? — spiritual in hip-hop:

“I’m not surprised with all the lies flying out ya mouth
You need to try another route
This road is paved by a graveless crew
And I was savin’ you the best for last
Talk all that trash you want, but back it up
The road is rough, so pack it up
Cuz fools be lackin’ stuff
The game is tough and not for everyone
So make sure you live by the sun
And not the one called self
Or you dealt yourself the wrong hand
With no room to expand, sinking fast in quicksand
[…]
Not raiding your circle of homies cuz only a few are true
Those ones who aren’t rude
Who won’t play you like a flute and graduated from high school drama
I got my own problems
A soul in my honor
Salvation from the Son, given by the Father
While kids are raised to praise all mighty dollar
But not us
Still we headed towards a gold rush
These rap cats rap a lot, but they ain’t sayin’ much
You take away their crutch, they’ll be crushed
They ain’t clutch playas
Get off the field if you ain’t know what’s real
[…]
Is a real man one who travels or one who never leaves his block?
Working from 9-to-5 or survivin’ by sellin’ rocks?
From cell block to city hall
Here’s a question for all
In the city’s outer limits we just came to call
To the dance hall, attitude check at the door
When these Tunnel Rats is rockin’, there’s no stoppin’ forever more
Yo, I’m bored with all these rappers and all the stories they create
I want somethin’ real that I can feel, not fantasies that I can’t relate”

It’s rare to listen to something so spiritual without feeling like you’re being beat over the head with the Pope’s cane. The flows don’t always match the standard set by the superior beats, but if you’re going to make a spiritual hip-hop CD, this is the way to do it. Worth a listen