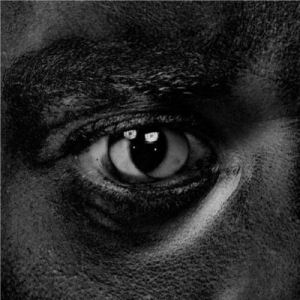 Wiley :: Evolve or Be Extinct

Jesal ‘Jay Soul’ Padania’s review of “See Clear Now” in 2009 illustrates one thing – even Wiley’s own countrymen find him befuddling. He came as close to describing him as any critic is likely to though, finding that his musical style was a mixture of “garage, drum n’ bass and dub-step with hip-hop.” Last year on “100% Publishing” I made my own attempt to figure the enigmatic rapper out, only to find a frustrating difference in quality between his beats and rhymes – the latter definitely being Wiley’s strength. The genre he calls “Grime” is undoubtedly meant to be repetitive and harsh, but perhaps North American ears aren’t meant for his melting pot mixture of music.

If that’s true then the prolific nature of Wiley’s releases is going to frustrate music critics for years to come, because “Evolve or Be Extinct” is his SECOND album since “100% Publishing” in the last six months. If that’s not mind-boggling enough, consider that “Evolve or Be Extinct” is actually a DOUBLE album, although thankfully the review copy I was sent was pared down to just 11 out of 22 tracks. Whatever else you can say about Richard Kylea Cowie, you can’t say he’s not a hard working chap from the Bow area of London. Being prolific can be a curse though – it can lead to overexposure (see Plies) or burning out too quickly (see DMX) if not both. Wiley treads those waters and comes ashore with the single “Link Up”:

“If I ever go shoppin on a day I splash
My girl knows that I play hard like Vash
Doubled up cash
Two bank accounts and me and her mash
Daytime link on a subway wranglin
People staring at the stuff that we’re handlin
A lot of bags I don’t really wanna carry
The way we’re going on we should get married
Hey sexy gal, how ya doin?
I been hearing you speak my language fluent
So when it’s all quiet and you’re ready
You can gimme a little call
I step out the telly and – link up”

Wiley has down the commercially charting aspects of his American counterparts – conspicuous consumption and casual sex. The beat is stripped down to a siren-like bass wooping up and down to a series of drummed taps – adding minimal notes here and there to break up the rhythm. What it lacks in complexity it makes up for in hypnotic quality, and to quote from Wiley himself you can really hear him “speak the language fluent.” Even those who don’t hear the Carribean slash British accent of UK rappers well would have no trouble discerning nearly every syllable of “Link Up.”

The rest of the tracks on “Evolve or Be Extinct” are, much like Wiley himself, a total mish-mash. “The Door to Zion” has the reggae influence its title would suggest, and his lyrics are definitely evocative: “I wanna take a walk through the mountains/drink fresh berry juice straight from a fountain.” In contrast some of his songs are so down to earth they’re almost mundane, like “Can I Have a Taxi Please?” That’s literally what it’s about – Wiley calling for a taxi and waiting for it to arrive. The difference between Wiley and a New York rapper making this song is that racism would be almost exclusively the topic, although his mocking imitation of upper crust British society indicates the issue in getting a timely cabbie is more about socio-economic status. That’s not to say he avoids the issue though – “Immigration” tackles it head on as he gets sick of being hassled every time he travels international.

Musically this is the most bare-bones production I’ve heard from Wiley to date, which makes it more appealing to me in many ways, as Wiley sometimes seems to be overreaching trying to be both producer and emcee. Some would accuse the beats and rhymes of “Skanking” of being overly simplistic though, and they’d be right. Wiley is capable of being deeper than that, and for most of the songs here he’s trying to be, with the occasional foray into carnal pleasures which one can say is only human. It’s not as though anybody expects him or any other rapper to live the life of a monk in isolation. At his best on “Evolve or Be Extinct” though he reaches a pleasing mixture of understated beats and slice of life rhymes that are occasionally profound. At his worst songs like “Scar” have neither beats nor rhymes I ever want to hear again. Thus the Wiley issue is no more settled here than in previous reviews, but I do believe him when he says he’s evolving, and in that evolution I like what he’s starting to become.