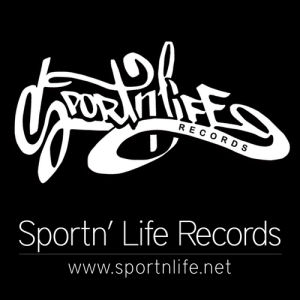 Spaceman Beaumonte :: From Me to You Enjoy

Demetrius Beaumonte a/k/a Spaceman and sometimes Spac3man is part of that next generation of new rappers like ScHoolboy Q and A$AP Rocky that have developed their following largely by word of mouth and website buzz. If I told you that you could find “From Me to You Enjoy” at retail anywhere I’d be lying. Hell I’m not even honestly sure where I got this EP from. I’m assuming his label Sportn’ Life sent it to me, but there’s no one sheet, bio, tracklisting or even cover art inside. That’s why all you’ll see on the right side of this review is the SL logo.

That’s alright though, because Spaceman has done enough interviews and released enough material that I can still tell you a little bit about him before we get to the meat of this five track EP. He hails from Seattle. His non-rap conversations live up to his name – like the dude seems to not be flowing at the same rate of 4th dimensional time as the rest of us. He doesn’t declare himself as straightedge, but he doesn’t drink or smoke either. If you’re Spaceman Beaumonte though, why would you need to? The dude is seriously high on himself without pharmaceutical help, and that’s not high as in egotistical, that’s high as in “out there beyond the stars.” He’s happy to be weird. If one heard him do a mixtape with Tyler, the Creator it wouldn’t really come as a shock.

Now as for “From Me to You Enjoy,” it’s a showcase of Spaceman’s eclectic nature, mostly freestyling over beats that aren’t his own. That said you can’t fault what he twists or how he twists it, because it just plain fits. Only a loose screw would be able to turn Young Jeezy’s “Lose My Mind” into a freestyle called “Insane” and seemingly mock Jeezy in the process.

“We in the motherfuckin capital
Where you can die without your suicide if niggaz clap at you
Shades, so you can’t see my soul through my stare
The dreads of my hair represent what’s goin on in my head
To the snitches, no love, I motherfuckin hate you
What happen here stays in the hood – Vegas!
Want to write my life in these pages
but I’m scared that they gon’ take it – land, natives
Frustrated, none of these cats are even creative
Could freestyle with every down but the difference is that they made it
Confused, should I no longer care?
Fuck let’s ask Jeezy (YEAHHHHHH!)”

Spaceman has a natural swagger that’s kind of hard to not magnet to, and a lackadaisical method of delivering punchlines on songs like “I’m In” that make raps about getting a blowjob funnier – “that Lewinsky treatment, and I am head of state.” So the oddball flow, the tendency to change up his bars and not always rhyme, the relaxed pace of his rhymes all works – but what can we really know about the rapper who dubs himself “LL Coolspace” at this point? Until I get a full LP with his original beats, and some songs that are longer than three minutes, I’ll suspect what most people have written about him thus far is true: he’s got a lot of potential but also needs to find focus and get serious. No score for the beats, but keep an eye on his rhymes in the future.

Spaceman Beaumonte :: From Me to You Enjoy
6.5Overall Score
Lyrics6.5