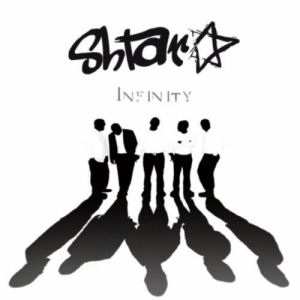 Jews have played an important role in hip-hop since day one. Jewish promoters, record executives, producers, journalists, and rappers helped make hip-hop what it is today. From Rick Rubin to the Beastie Boys to Drake, Jews and hip-hop go together like beer and hot dogs.  Which brings us to “Infinity,” the debut album by Israeli group Shtar. Not only are all five members Jewish, they sing and rap about their faith, even dropping some Hebrew rhymes.

Shtar are probably best understood as an Israeli Roots. They have a drummer and bassist, giving their music an organic sound that can’t be matched by a drum machine. Rapper Ori Murray shares the mic with singer Dan Issac, which adds a soulful element to their songs. Lyrically, they are all about their spirituality, their faith, and living righteously. In fact, with the lyrical content, the singing, and the live instrumentation, “Infinity” feels more like a soul album than a hip-hop album. It also falls in the same territory as Manu Chao’s multi-enthic, multi-genre music.

“Odecha” is Shtar at their best. It has a bluesy guitar riff coupled with banging drums. “Kel Adon” mixes elements of reggae and Middle Eastern music. They also experiment with folk, as on “Shir Hamaalos” and “Oseh.” While I can appreciate the musicianship and sentiment behind these slower tracks, I didn’t find them as interesting as Shtar’s hip-hop songs.

As with almost all religious music, you pretty much have to be on board with Shtar’s faith in order to get into “Infinity.” For one thing, there is a whole lot of Hebrew here, and all the songs deal directly with the Jewish religion. Also, while Ori holds his own on the mic, he’s not a great rapper. His earnestness and sincerity can’t make up for a lack of flow, and he lacks the grace and finesse that mark a truly skilled MC.

While I’m not that enthusiastic about Shtar, they get a lot right. They have a funky, soulful groove and a positive vibe that is all too rare in hip-hop. Plus, they got dudes singing in Hebrew: when was the last time you heard that in a rap song? Shtar may not have much to offer gentiles, but if you are looking for solid Jewish hip-hop, you should check them out. I bet “infinity” hits hard at a nightclub in Tel Aviv a few drinks in.