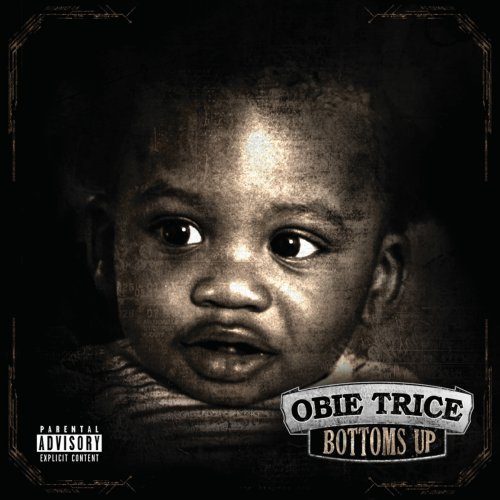 In recent years, Shady Records has gone through a major overhaul of its roster. Dubbed Shady 2.0, the new generation of Shady Records has launched with the recent releases of Bad Meets Evil and Yelawolf, along with the pending album of rap super group Slaughterhouse. Gone are Cashis, Bobby Creekwater, Obie Trice and key members of D12 such as the late Proof, along with Mr. Porter and Bizarre. Almost six years since his last solo album, the April release of “Bottoms Up” shows Obie Trice has decided to take matters into his own hands and reestablish himself with his independent label Black Market Entertainment.

The opening track, “Bottoms Up/Intro,” illustrates the Detroit-based emcee shouting out Shady/Aftermath Records and proving that there is no bad blood between him and the two labels. In fact, the song features Dr. Dre behind the boards with its thundering keys and bassline as Trice declares that he’s a veteran in the game who raps with a chip on his shoulder. Hardcore tracks like “Going No Where” and “Dear Lord,” showcase the emcee going on lyrical rampages as he sounds hungrier than ever and he makes it clear that he’s ready to fire a few shots if challenged. As well, Eminem lends his production assistance on “Going No Where,” which contains brilliant buzzy synths and hard drums as Trice takes his verbal dexterity to the next level:

“It’s the fo’ pound bandit
The coke hand to hand, Detroit breaded
Goddamn it, O Trice is back
And oh, they so adamant I’m still at it
You should see the grill on a faggot if only looks could kill
But O is so accurate over this Mathers’ track
It’s never inadequate I swear these haters need to chill
It’s so automatic that he is above average
Jesus of Nazareth reached his soul and so
He is a talent that has managed to mechanically use a pen
And a pad and the alphabet to get ahead
Niggas mad ’cause he single handedly getting this bread
Bitches is in his bed, bullet still in his head
I’m back, fully loaded I’m ready to let off lead
Metal is heavy and I’m ready to let it all rip
The return of the vigilante on that Big ‘Party and Bullshit’
You dig? The kid’s back you biatch”

As with previous albums, Trice attempts to balance the gangsta tracks with crossover tunes. The Caribbean-flavored “Richard” featuring Eminem does a nice job of this with its humorous subject matter as both emcees trade verses about who is the bigger dickhead. However, the opposite is true for tracks “Spend The Day” featuring Drey Skonie and “I Pretend” which are misguided attempts by Trice to appeal to the ladies with generic raps, beats and amateur crooning. “Battle Cry” featuring Adrian Rezza is another crossover tune gone wrong. The soft rock hook is the first mistake, but the somber track is the embodiment of what holds the record back. More than half of “Bottoms Up” finds Trice complaining about the music industry and his critics who would love to see him fail after his departure from Shady Records. The dark cloud of having to prove his place in hip-hop looms over a portion of the album with the rapper coming across as bitter and cynical.

Luckily tracks like “My Time” and “Crazy” featuring MC Breed are on the record to demonstrate the talent and versatility Trice has always possessed. The former tune’s pounding keys and bottom heavy drums provide a perfect milieu for the emcee to boast about his money stacking and macking abilities. The latter song contains a nice combination of West Coast and Southern elements as Trice and MC Breed flex their verbal wit while proclaiming their street credibility. Reflecting on “Bottoms Up” leaves the writer slightly disappointed with the overall record. The Detroit rapper’s penchant to dwell on the music business and proving his critics wrong definitely hinders him at times on the album. He should already know that he’s contributed significantly to the Detroit hip-hop scene and the first era of Shady Records. Trice is clearly at his best when he is able to blend his humorous and hardcore sensibilities into his album. With the creative and financial freedom afforded by an independent artist, he shouldn’t have to wait another six years to create a record that is truly reflective of his abilities.