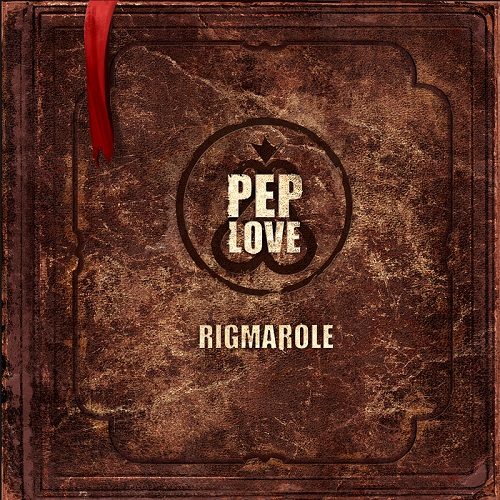 Sick Boy: It’s certainly a phenomenon in all walks of life…Well, at one time, you’ve got it, and then you lose it, and it’s gone forever. All walks of life: George Best, for example. Had it, lost it. Or David Bowie, or Lou Reed.
Renton: Lou Reed, some of his solo stuff’s not bad.
Sick Boy: No, it’s not bad. But it’s not great either, is it? And in your heart you kind of know that although it sounds all right, it’s actually just… shite.
[…]
Renton: Right. So we all get old, and then we cannae hack it anymore. Is that it?
Sick Boy: Yeah.
Renton: THAT’S your theory?
Sick Boy: Yeah, beautifully fucking illustrated.

That exchange between young Scottish junkies in the 1994 film “Trainspotting” is one way to see aging artists. They all get old, and at a certain point they can’t hack it anymore. Certainly, the world of hip-hop is full of legacy artists who have been offering diminishing returns with each successive album: Ice Cube, Ice-T, Public Enemy, even Rakim have all gone from making essential albums to putting out work that, while not bad, isn’t that great either.

The problem is, while it’s easy for two 20-somethings to dismiss the output of anyone over thirty, it’s an awfully shortsighted and lazy way to view the world. While a 40-year-old can’t match the fire and passion of his or her 20-year-old self, they can bring a maturity and wisdom to their art that no young kid can match. 2012 Jay-Z might not have the bravado of 1998 Jay-Z, but with age has come a perspective that he never approached as a young kid fresh from the streets. Jay-Z in his twenties was confident because he was too dumb to know better; Jay-Z in his forties is confident because he knows so much.

Which brings me to the latest album by Pep Love, aka Paolo Peacock, aka one-half of the Shamen, aka part of the Hieroglyphics crew, aka the guy who put out the excellent “Ascension” 11 years ago. Pep Love has matured since first coming on the scene in 1993 rapping alongside Casual. He’s a spiritual dude who is a vegan and does motivational speaking gigs when he isn’t rocking the mic. The question is, can this maturity translate into good hip-hop music?

“Share-cropping and wet nursing and cotton chopping
No benefits for hip-hop, no stock options
But it’s better than drug dealing, stealing or robbing
My brain is bugged
I need to get a lobotomy to get this sickness out of me
My split personality is like a dichotomy
The big psychology of a slave that had his soul saved
Like a black baptist in the South
Cradle to the grave
Show the next generation a way to behave
My bars are self-therapy for breaking the chains”

He doesn’t have the energy of his earlier work, but on “Runaway Slave” Pep Love manages to make compelling hip-hop that draws from his maturity and experience. Score one for Pep Love.

Things start to get shaky with “Top O’ The Morning.” It’s not that the song is bad, per se, but it is lacking. The beat, the lyrics, and the delivery are all ok, but nothing more. “Everywhere” is even less inspiring, despite the Middle Eastern beat. Simply put, Pep sounds flat. “Can’t Nobody Do It Like Us” gets even worse, featuring a plodding beat and some truly embarrassing rhymes, which Pep Love delivers in the stilted flow of an amateur:

THIS is coming from a twenty-year veteran? Those are the kind of clunky-ass rhymes I expect from someone who is totally new to hip-hop, not the guy who put out “Ascension.” He steps it back up again on “Hip-Hop My Friend,” a funky ode to hip-hop’s past. Pep Love sounds engaged and impassioned as he raps about his introduction to and long history with hip-hop. Unfortunately, that engagement and passion are lacking on much of “Rigmarole.” Pep Love has a monotonous flow at the best of times, and he sounds so dispassionate on much of this album that you rarely feel like there are any stakes. And this despite the fact that he is often dropping real knowledge and rapping about real things.

“Cloudy Days” is about keeping your head up, but Pep Love’s delivery, stressING the last syllaBLE of each VERSE, kills the effect. The same is true for “Rooftops and Rain” and “I Know This Pain”: the solid intentions behind the songs are negated by mediocre delivery.

He pulls it together on “Reflections,” a downtempo, insightful track. “Inner Conflict” is about child warriors both at home and abroad. It has some of his best rhymes, but the cheesy rock beat holds it back. He ends the album on a strong note with “No Unsung,” stating his intention to not remain underground.

“Rigmarole” isn’t a terrible album, but it is utterly mediocre. There are certainly some high points: the production, handled by Steven King, Billion Coast, Nima Fadavi, Aagee, and TD Camp is serviceable, and Opio, Otayo Dubb, and Knobody offer up some decent verses. I won’t say the lackluster “Rigmarole” is proof that at a certain age artists lose their mojo, but I don’t think that Pep Love brought his A game to this project. I read some of the other reviews of the album after I had formed my opinion of it, and I was shocked at how positive they were. Either I’m a hater who doesn’t get what Pep Love is trying to do, or I’m just not so blindly loyal to Pep to give him a pass for inferior product. Maybe this is actually the album that Pep Love fans have been waiting for. I think it is more likely “Rigmarole” is something they think is alright when it’s actually just… shite.