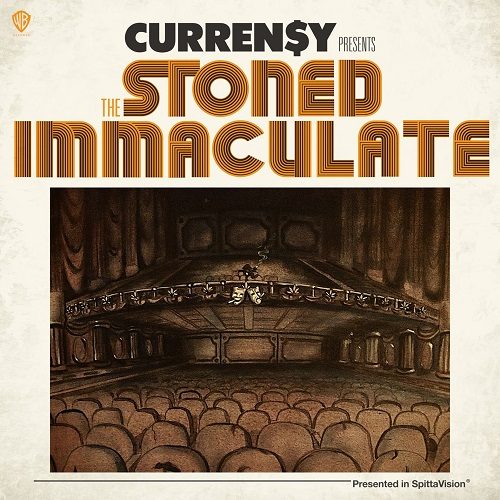 Shante Scott Franklin b/k/a Curren$y has come a long way since starting out as a member of Master P’s 504 Boyz group, a rather random collection of rappers from P’s hometown area code. The group was thrown together at a point when No Limit Records was losing its luster and going through the first of several repacking and restructuring efforts. No matter how many times words like “New” and “Forever” have been added to the label’s name, Percy Miller has not been able to recapture the glory days of the 1990’s, where a new album came out seemingly every week and every round out the tank was a hit.

Curren$y could have sank like the Titanic sized collapse that was No Limit, just another forgotten passenger on the list whose career froze in those iced out waters, but fortunately for him there was room on a lifeboat. His early origins have been mostly forgotten save for the writers of this website, and a series of successful mixtapes paved the way for his reintroduction to the general public with a major label retail album. The albums reflect one theme that has become predominant for Curren$y – in fact one could punfully say that his condition is CHRONIC based on the titles.

Weed has definitely been good to Shante. Instead of sounding like a rapper 10 years older than his 504 Boyz debut, he sounds like a contemporary to other drug obsessed emcees like A$AP Rocky, ScHoolboy Q and Smoke DZA among others. “The Stoned Immaculate” is a perfect 2012 example of what I call hip-hop’s Marijuana Mood Music era. Beautiful production through results in a gentle buzz, a mellow aural high that’s relaxing and refreshing, a somewhat remarkable thematic sound given how many different producers are involved. It’s easy to let your mind drift to The Innovatorz deep bass and floating notes on “Capitol,” fall into the groove with Estelle over J.U.S.T.I.C.E. League beats on “That’s the Thing,” roll up an incredibly UN-gangsterish melody by Daz Dillinger on “Fast Cars Faster Women” and live the “Jet Life” with Wiz Khalifa and Big K.R.I.T., the latter of whom laced the track.

Another thing Curren$y has in common with rappers like Smoke DZA (who appears on the digital exclusive bonus track “J.L.R.”) is a more than occasional lack of profound topic matter. “I know what it’s like/to want it all, I was born to ball/makin Lamborghini engine sounds pedallin my bike/lustin that luxury life since a tyke” is what the self described ‘Spitta’ has to say on The Neptunes produced “Chasin’ Papers” featuring Pharrell, and that’s as close to deep as you’re going to get. That’s really not a negative in this case. If Curren$y was trying to speak on some “we are the 99%” shit, he’d sound incredibly unconformtable doing so. As much as people wax nostalgic about the days when rap music had a message, they tend to forget that artists like LL Cool J and Run-D.M.C. did ‘NUFF songs about partying, sexing up girls and bragging about their wealth. Rap music doesn’t need to be profound or political to be worthwhile – it just needs to be done the right way.

“The Stoned Immaculate” is done the right way, so it doesn’t need to be infinitely quotable or even that memorable, because songs like “Take You There” featuring Marsha Ambrosius and the current single “Showroom” are relaxing tunes where Curren$y uses his laid back delivery to ride the beat instead of attacking ferociously. He’s a modern day Devin the Dude minus the Texas drawl, and for that reason I’m down with getting “Stoned.”