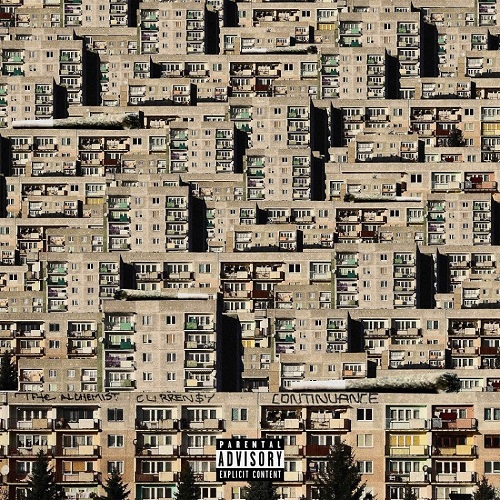 Curren$y is a member of an honorable society of rap artists who know they help write hip-hop history but will very likely never be rap stars in the typical sense who get embraced by mainstream society and popular culture.

Such a pool of dedicated, deep-in-the-trenches soldiers has always existed. This is not so much about critical acclaim versus commercial success or the cornerstones of the culture and those who profit from it more than they contribute to it. It’s about uniqueness that proves influential, about a contemporary interpretation of the art form, about undeterred conviction and determination. In any era, they have been essential to the identity of hip-hop and rap music. It’s not mandatory that you like all of them if you wish to support the cause. But you should know that these above-average to A-list artists (their impact sometimes best symbolized in one or two albums) are the soul of rap and hip-hop and can help us figure out how much the lower graded and the higher graded are really worth, artistically. That’s if you actually bother to find out.

Roughly the same applies to producers and beatmakers, with the difference that there are fewer chances and fewer risks involved career-wise. Nevertheless, Curren$y’s partner on “Continuance”, The Alchemist, has secured his place in the annals as one of the most respected beatsmiths of the past 25 years.

Both individually poised on the brink of greater notoriety, the two, naturally irreverent of any excessively commercial potential, teamed up for 2011’s “Covert Coup”, a sleeper among the more famous free projects of the time. The industry losing influence over artists has created spaces where former collaborators can meet again years later (2017 saw the duo team up with Freddie Gibbs for the quickie “Fetti”, released in 2018). For Alchemist and Curren$y in particular “Continuance” suggests that perhaps they understand the idea of continuance better than big-name rappers releasing random sequels.

Continuance seems to be part of The Alchemist and Curren$y’s artistic DNA. This is not to say that there are not any lows or highs, but their vibe is more constant – perhaps because their music is often about the vibe. Curren$y savors his own words like only a few MCs, and yet he’s still the perfect host who accommodates his guests – us – with plenty of aural conveniences. The listener is supposed to feel privileged to sit in the audience, and indeed if you’re appreciative of dulcet soundscapes and mellow raps pregnant with the belief that this world is ultimately in balance, you’ll invariably feel at home. The only potential pitfall is that the tableau that is a Curren$y record leans too much towards self-care and opulence like some showy Instagram account.

As you absorb Curren$y’s velvety lectures, you’ll find junctures with social media celebrity. As soon as the mic is on, the rhymes bluster forth, suggesting that Andretti can conjure up his persona at any time. In “Jodeci Tape”, he mentions getting paid for wearing a particular item of clothing that he also would have bought for himself – “some of the perks from this rap hustlin'”. Yet as he has learned to sell himself, he’s careful not to sell his soul. As he says later in the song:

“I’m fresh for real, check the date and the seal
This is the deal, this is really the field
Some get rich, some get killed
Some dreams get shattered, some dreams get lived out to the fullest
Like this nigga here became a millionaire just from being chill”

Since ‘influencer’ has a slightly nefarious ring to it, let’s call Curren$y an inspirator. Whether he draws conclusions when he recounts a scene from ‘Scarface’ (“Learn how to extract jewels from them movies you watching”) or examines his strengths (“Living through it, making music / I found my sound, I’m faithful to it / Suits couldn’t beat me to it / couldn’t make me do it / couldn’t play me stupid”), Curren$y likes to share not just the glossy moments but also the work behind the scenes.

The Alchemist stands ready with his recognizable palette of beats that typically face the musical past. While “Covert Coup” was more varied musically, the familiarity of the arrangements and orchestration on “Continuance” ensure a certain timelessness. Over the classic Alchemist brand of underworld backdrops of “Corvette Rally Stripes”, Havoc and Wiz Khalifa appear without any baggage, guests of importance who nevertheless retain a certain anonymity as they discuss shadowy matters with their host in the evening light. Boldy James meanwhile is at a state in his career where he deserves any attention he can get, as his strong showing on the doo-woppin’ “No Yeast” once more demonstrates.

Spitta himself never fails with these lyrical miniatures (stellar 4-8 bar segments) on offerings like “Half Moon Mornings”, “Whale Watching” or “The Tonight Show”. On the other hand, a growing number of Curren$y tracks just come and go without leaving a lasting impression. That’s not what one should expect from, say, a piece captioned “Signature Move”.

How “Continuance” stacks up against the rest of Curren$y’s large catalog is at this point a question only connoisseurs can answer. It can be assumed, however, that not even a curated Curren$y playlist would be distinguishable to the moderately discerning listener because the New Orleans native is so locked in his zone that he doesn’t have to or doesn’t want to grab listeners beyond his orbit.