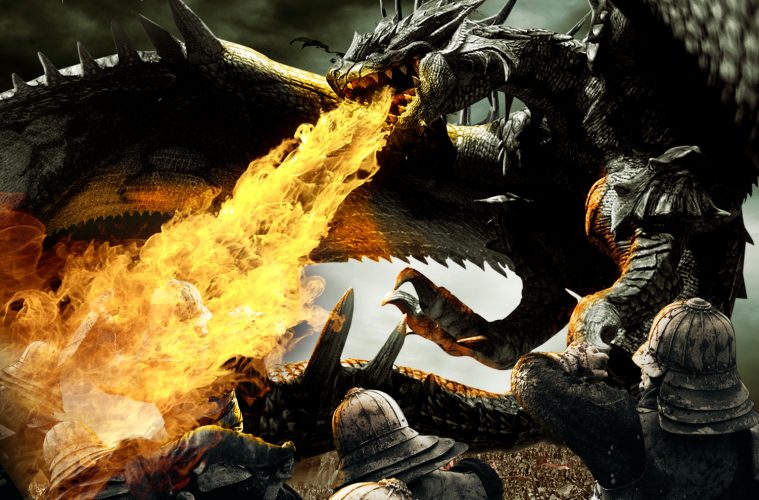 Busta Rhymes :: Year of the Dragon

So three years go by between “Back On My B.S.” and “Year of the Dragon.” I can only assume in the interim that Bussa Bus is doing well enough between singles, acting shit and paid cameo appearances on other people’s hits that a new album isn’t a big hurry for him. Then WHAM, Trevor Smith sneaks up and smacks me in the face with a Google Play release, which I must admit that I didn’t see coming. That’s aight though. If the 600 pound gorilla called Google wants to break him off some bread to hype up their cloud music service, I’m sure he’s more than happy to take their money and break them off an album in return. As Lil Wayne and producer Andrew ‘Pop’ Wansel will tell you it’s no problem because Busta Rhymes is so venerable he feels no “Pressure” at all.

Busta: “Fuck a blunt bitch, I’m inhalin muffler smoke from buses
I defend my money like soldiers, I come to punish
Defense mechanism from infections the way that puss is
Ain’t no fuckin around or frontin, get it?
As for gettin this bread I’m like vomit, so disgusting with it
Here’s my other alias, don’t forget it
Call me Snowblower
Blowin this bread like it’s nothin with it”

Wayne: “Okay, Weezy F Baby, man I gotta put the pressure on ’em
Young Money the +special team+, we so Devin Hester on ’em
Right up on your girl lips, got my dick restin on ’em
Soon as it woke up, it came, and left it on ’em
Swag with no effort on ’em, quicker than a leopard on ’em
If he got beef watch me sprinkle salt and pepper on him
No Spinderella, just plenty metal for any fellow
Semi settle everything for me, end everything for me”

I almost think he should though. It’s not that “Pressure” is a bad song, but I’ve noticed a trend in recent years for Busta Rhymes that he doesn’t seem to hug a beat tight any more. Perhaps there was a danger of this all along when Busta was spitting “Gimme Some More” raps at amphetamine fast speeds, to the point one couldn’t honestly blame him if he missed a beat here and there. The problem is that his tendency to always exceed his own previous performances was motivational and once he stopped competing with his best his lyrical delivery slacked a bit. Now I want to be clear ever since his Leaders of the New School days he’s been a little bit ahead of the curve, so even if he lost a step he’d still be in step or a step ahead of most new emcees. That being said, there are a few times on “Year of the Dragon” where he seems to be going through the motions, and “Pressure” is one of those times.

Fortunately the majority of “Year of the Dragon” meets my expectations for a Bussa Bus album. If anything it’s the other emcees who guest on the album that get in the way of me enjoying Busta Rhymes. Jahlil Beats delivers a fine futuristic backdrop for him to rap over on “King Tut,” but I’m really not interested in Reek no matter how much Da Villain he is or J no matter how much Doe he’s stacking. Gucci Mane? If he can “Make It Look Easy” it’s only because he never tried that hard to be any good in the first place. What an odd and unpleasant tag team they are, although Ted Smooth(es) out things with an old school throwback track. There are much better collaborations on here though – Robin Thicke and Busta create musical magic on “Love-Hate” over a Mr. Porter beat that literally hits all the right notes. I’ve never been the biggest advocate of Cam’Ron, but his New York style matches Busta’s well on “Sound Boy.” And if you really want to see Busta rip it up, Vybz Kartel’s patois stylings clearly inspire him on “Wine & Go Down.”

“Aiyyo you see the way I come in and how I creep up behind ’em
Like I’m aimin with a rifle comin to seekin to find ’em
So many mami’s let me go in just wine ’em and dine ’em
Ass big, now I’m ready to go mountain climb ’em
Ask Spliff, the model agency now let me sign ’em
‘Cause they beautiful like they Botanical Garden asylum
While they be with they chicks and they busy tryin to hide ’em
You know your nigga lame you ain’t feel him standin beside ’em”

Even when you find Busta rapping in a near whisper over minimalistic tracks like Bink!’s “Grind Real Slow” (with an unnamed female bragging that her ass is so big “got you chewin on my drawers”) he gets the job done, which is why “Year of the Dragon” will prove to be a big hit for both Busta Rhymes fans and his Google Play sponsor.