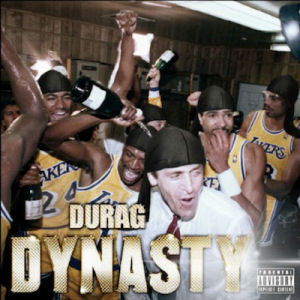 Within the last week I stumbled across an article Illmatic” was a hip-hop classic, always had been and would always be one of the greatest albums ever made, and yet his beef was that Nas started the trend of multiple producers contributing to a single rap album. The argument in its simplest form boils down to this: LL Cool J + Marley Marl, Pete Rock + CL Smooth or Guru + Premier = dope. When one producer (or perhaps one production team, such as the Bomb Squad) does an entire album, you attain a unique chemistry between the team, the vision of two artists with one common goal. One producer isn’t so bad when it comes to making music, but most rappers today bring in every hot producer to do a song, hoping one or two will be magic. Just imagine any GangStarr record with 12 different producers instead of Primo holding it down throughout. Wu-Tang Clan albums were better with RZA in charge on production. You know this.

The art of the two becoming one hasn’t been ENTIRELY lost. Gene the Southern Child and Parallel Thought was a strong reminder of how a producer with a single sound can give an up-and-coming rapper the kind of artistic consistency that makes them stand out from peers of similar ability. In that same vein comes the Durag Dynasty, the union of long time California rap star Planet Asia with newer Cali emcees named Killer Ben and Tristate. Asia knows a little something about letting one producer bring out your artistic best, so it’s not surprising he would enlist Alchemist to oversee this project. It’s immediately reassuring to know that despite two unproven rappers being part of the team, Alchemist believes in the group enough to provide his musical magic for the entire disc, starting right away with the dark “DRDC Theme.”

Asia: “Introduction, let’s get this bitch jumpin – it’s on again
The AK-47 emcee, has just been born again
Live and direct, live on the set, minds on the deck
Lines on your neck, 9 or the Tec
Rhyme for them M’s, shine on them dim, like-minded
That’s why rappers swim but my clique is water rafting
with big machine guns, automatically autographing you
Cardiovascular smashing you…”

Even though there’s a very California feel to the Durag Dynasty, complete with the photoshopped L.A. Lakers cover art, they do have a few East coast guests here and there. Queensbridge goes hard when Prodigy shows up right at the start of the dirty boom bap track “Fish Meat,” and not surprisingly gruff homey Big Twinz also makes an appearance on the song “Bigger U Are the Harder You Fall” and another QB affiliate Imam Thug is on “Goon Call.” The West reps the most though: Evidence does his slow flow over Alchemist’s unconventional funk on “Spiral Event,” Chace Infinite (who lives in Brooklyn and hangs out with A$AP Rocky these days) joins in for “Tetrahydrons on Mars” and Phil the Agony can be found on “Trailer Mix.”

By the end of 15 tracks, there’s no doubt this project would not have been as dope without the dark, dank, smoky funk of Alchemist’s beats. The side effect of that statement is that Killer Ben and Tristate feel like Planet Asia’s sidekicks – this album would have been just as good if it was just Asia and Alchemist – perhaps even a little bit better. When it’s just the three of them on a track, Asia always outshines his compadres. The Lakers artwork unintentionally establishes the point I’m trying to make – you can all wear the ring and sip the champagne, but there’s only one Kobe Bryant – the rest are just Chris Duhon and Jordan Hill – off the bench contributors who aren’t all stars let alone internationally known. They are raised up by being in Asia’s presence, left to their own devices, they probably aren’t going to be well known. The fact that the guest stars outshine Ben and Tri too isn’t a good sign. Still “360 Waves” will make you want to put on a do-rag of your own and get down with this California hip-hop movement’s dopness. Alchemist proves one cook can chef it up better than a team.