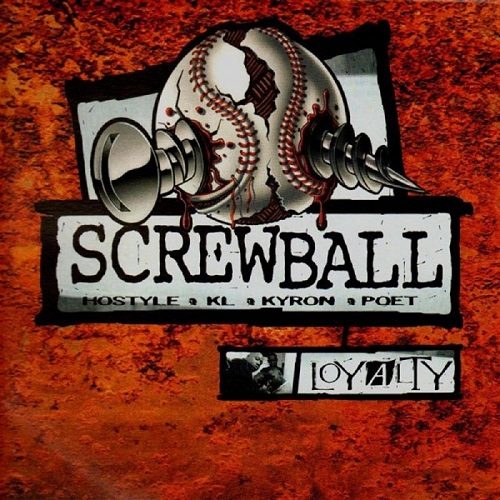 As much as I’ve come to rely on its services, I often shake my head at the music database Discogs.com for its arbitrary, narrow-minded or just plain wrong categorization of hip-hop records into various ‘styles.’ I especially take exception to the tag ‘thug rap’ that some contributors apply to every release with vaguely violent content. And it’s not helping matters when an album receives simultaneously the ‘thug rap’ and the ‘conscious’ mark (BDP’s “Criminal Minded”). According to Discogs.com, artists as diverse as House of Pain, Ludacris, Nas, Warren G, A$AP Rocky, Gravediggaz and Onyx are/were all thug rap practitioners…

That’s not to say that the term is not warranted in any case. In fact it is a completely legit label for a certain period and certain artists. The ‘thug’ era in rap lasted approximately from 1994-2004, properly introduced by Bone Thugs-N-Harmony’s debut EP and 2Pac’s Thug Life project and getting shown the door by Kanye West’s “The College Dropout.” While there may have been ‘original thugs’ such as Eazy-E or even Schoolly D, the ‘thug’ character in rap is closely associated with Tupac Shakur, who embodied the idea so ardently that his violent death can be seen as a consequence of art and life getting dangerously close.

Shakur created a mold that was adopted by rappers across North America. Both rising stars such as DMX, B.G., Trick Daddy or Ja Rule and established artists like Yukmouth, Spice 1, Tragedy Khadafi or Fat Joe fashioned themselves to some degree as thugs. A thug in rap terminology is typically a lone wolf who lives by his own rules and in opposition to society. While he is defiant, brash and flashy, there’s also a philosophical, often existential side to his expressions. Thug rap also champions a few traditional social values, although they tend to apply only to a close circle of individuals. Loyalty is one of these values, which a thug hopes is respected by family, friends and fellow thugs.

If you’d therefore call Screwball’s “Loyalty” LP thug rap (Discogs certainly does) I wouldn’t mind one bit. They even break the name of their second album down in a titular track, KL clearing some tension between Hostyle and the rest of the crew, Poet reminding the listener of the group’s ultimate act of loyalty by naming themselves after a deceased homeboy, and guest Cormega finding himself on the verge of reopening the Firm case.

Other tracks offer the full thug rap experience. On “When the Sun Goes Down” Poet and KL go back and forth over a pulsating Ayatollah production, the former summing up their position in an increasingly high-maintenance rap industry with “Niggas all prettied up in showbiz / Me and my niggas grittied up and blow wigs.” “Gorillas” features Superthug Noreaga and latter-day thug Kool G Rap and highlights another buzz noun that was about to inundate rap music (in case you forgot what the G in G-Unit stood for). “Gorillas” is framed by “Real Niggaz” and “My Niggas,” two tracks where Kyron and Poet individually get to characterize the thug prototype. And it’s again Poet who runs down the following profile on “Turn it Up”:

“I roll with 100%-beef niggas
Missin’-eye-missin’-teeth niggas
No-relief-in-sight niggas
Fight-all-night niggas
Want-the-mic niggas, won’t-alright niggas
Niggas that just might pitbull-bite niggas
Guzzlin’ Hennessy and gaze at the enemy
Six blocks in QB – yo, what y’all wan’ do me?
My shortie cook for me, guard my rap book for me
Shit get tight, bitch do a jook for me
We not them other cats fakin’ jax
Punk motherfuckers never sold crack, never bust no gat
Never got money for real, never sat in jail and bailed
You should never tell niggas you ill
Oh what a difference a day makes
I pump till day breaks
Go on tour, come back and bake cakes”

One trap 2Pac was largely able to avoid was artistic repetition (although his extensive catalogue obviously holds many déjà -vus). Ultimately “Loyalty” overdoes it with the descriptive tracks. Variation is provided by the Queensbridge representation “Where You At?” (f. the ever excellent Nature), the aforementioned “Loyalty,” Hostyle’s reflective “Street Life,” Poet’s retrospective “The Bio” (“I been doin’ this since a little rugrat / representin’ QB – where my fuckin’ dunns at? / That’s where I bug at, I swear I love that”), and the Terror Squad-inspired “Gotta Believe” featuring vocal group Complexion and produced by SPK, an acceptable attempt at airplay.

Lacking the song highlights of its predecessor, “Loyalty” still shouldn’t be considered a sophomore slump. It’s the rawer, heavier, grimier album that more easily ranks in the long line of rap records originating from the Queensbridge Houses. Substituting for “Y2K”‘s star-studded line-up, main producers Godfather Don and Ayatollah help Screwball temper their brute force with uplifting melodical buffering. Ayatollah signs the flawless Ruff Ryders adaptation “Like a Gangsta,” mangles classical pianos on “Real Niggaz” and expertedly chops horns, vocals, or strings on “The Intro,” “When the Sun Goes Down,” and “Loyalty,” respectively. Godfather Don’s trademark clear sound can be heard on the breezy “Where You At?” or the bare-bone “I Spit,” while he takes “Street Life” to church with pipe organs and on “My Niggas” respectfully revisits the sample source for the O.C. classic “Time’s Up.”

Considering Poet’s storied career, some might view Screwball as another episode in his discography, but Screwball simply worked as a group, in spite or because of the solo spots. Evolving organically from the fertile grounds of ‘The Blocks’ (their first collaborations predate their official ’96 debut track, the Beatnuts-produced “Screwed Up,” which concludes “Loyalty” as a bonus), the foursome came to stand for unadulterated New York hardcore hip-hop shortly before the party was over. Consider “Loyalty” the indie flick counterpart to fellow Queens artist 50 Cent’s thug rap blockbuster “Get Rich Or Die Tryin'” from the same year. “Loyalty” remains Screwball’s last regular album, especially after Kenny Lou’s asthma-related death in 2008. A largely unnecessary double-disc compilation called “Screwed Up” followed in 2004, a missed opportunity to collect the many vinyl exclusives credited to the members. A comprehensive best-of could boost their reputation, but strictly going by their two albums, Screwball place behind Queens monuments Mobb Deep and Onyx. Sometimes being highly representative of a genre prevents one from achieving a higher status.