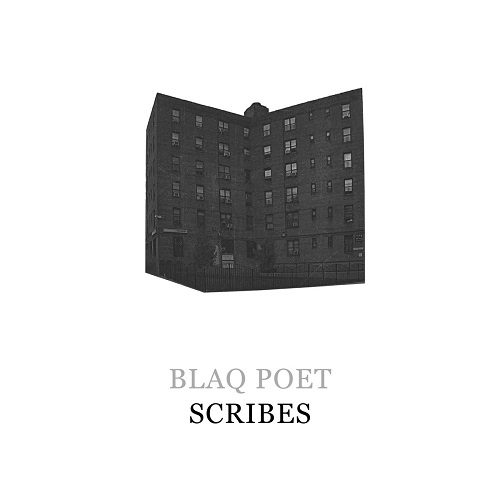 Here’s an alarming fact – Blaq Poet is the first emcee to release rap music in FIVE different decades. First emerging in 1987 with the KRS-One diss “Beat You Down”, he then released “Without Warning” in 1991 as part of PHD. The latter part of the 1990s saw him releasing 12″ singles as part of Queensbridge crew Screwball. Poet was a regular fixture on rap radio in the 2000s, thanks to frequent collaborations with DJ Premier, which culminated with their album “Tha Blaqprint” in 2009. Since then, he has consistently released music throughout the 2010s that maintained a heavy, aggressive feel that lends itself to his fearless lyrical attacks. You know what you’re getting with a Blaq Poet record – straightforward threats and tough boom-bap.

Minus the introduction, “Scribes” is an EP boasting three decent tracks and three forgettable ones. “Night Time” and “Hush” are serviceable examples of Poet’s brash style but “Put It Down” is the true highlight.

Unfortunately, the rest of the record is Poet going through the motions, with largely uninspired hooks and production that struggles to live up to his previous work with the likes of Snowgoons, Stu Bangas and of course, Primo himself. The weariness of five decades in the game is evident, as Poet lacks the ferocity of earlier projects and without much wit, the rhymes also have less impact, particularly when the production underwhelms. Given Poet is a legendary Queensbridge emcee with at least two albums worth owning in his catalog (“Y2K”, “Tha Blaqprint”), it would be good to hear him add to his pen game at this stage in his career. Otherwise, we’ve heard it all before.