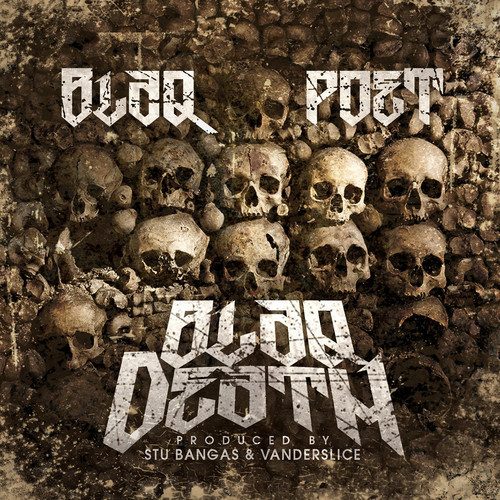 Working with exceptional producers in hip hop is just as much a curse as a blessing. Look at the artists that have worked with Dr Dre – Bishop Lamont, Joell Ortiz, Hittman etc. Switching coasts, the same argument could be made for DJ Premier. Nick Javas had some promising singles with Preem, now where is he? NYGz have been promising us an album with DJ Premier for years, and while the album with Freddie Foxxx was both a nice reminder of his barebones style and a collation of throwaway productions (it was good, but not quite a Gang Starr classic), you could argue that artists have struggled after being blessed by his trademark sound. Group Home, Jeru the Damaja and even Guru himself tried to remain relevant over alternative production, but mostly failed.

Blaq Poet is an emcee that relies on the strength of his beats, enhancing a Premo gem like “We Gon Ill” by attacking with intensity and an ignorant attitude. It’s no surprise that his best album is “Tha Blaqprint,” a collaboration with DJ Premier that holds up well despite its repetitive rhymes. Blaq Poet is simple yet effective, often striking a balance between the nursery rhymes of Big Shug and the frenzied testosterone of Freddie Foxxx. Since 2009’s “The Blaqprint”, Poet has gone on to release the decent yet dark “Blaq Poet Society” and “E.B.K” which felt a bit like a black Vinnie Paz record – overly intimidating yet lacking creativity. With “Blaq Death” sporting a pile of skulls on its cover, the theme running throughout this latest release from Poet is predictably bleak.

To be fair to Poet, he’s found his lane and he’s good at what he does. Where “Blaq Death” finds itself struggling to keep the listener’s attention is in its limited scope and uninspired production. The best songs tend to have features to break up Poet’s simplistic style, which often sound like freestyles. Chino XL shows up on “Looking for Trouble”, promptly bodies it and leaves before Vinnie Paz churns out one of his cookie-cutter appearances, accompanied by nasty laughs and more masturbation over firearms. Spit Gemz’ hook is exactly the sort of thing that keeps albums like these interesting, a short, snappy hook that Block McCloud would have enjoyed. “All Blaq Everything” reminds me of Screwball’s brand of brash hip hop that matched their in-your-face attitude with strong sample-based beats. Admittedly, the sample here has been beaten to death, but Roc Marciano’s appearance at least offers up some varied vocabulary.

Other than these redeeming moments, the majority of “Blaq Death” is hard to recommend. “Mean and Dirty” fails on numerous levels with Celph Titled providing a scruffy hook that is corny rather than catchy, and Poet’s verse is horrible. Tragedy Khadafi tries his best to save the song, but given the short nature and generic content, it’s one to forget. “Blaq Kruger” is unashamedly horrorcore, but suffers from a horrific organ sample that cuts right through you, and that’s discounting the grisly hook. Scaremongering is nothing new in hip hop, Gravediggaz, Necro and numerous others have built careers off of imposing, nasty rhymes being paired with dark, dreary soundscapes – Blaq Poet’s lengthy career being entrenched in the filthy, poverty stricken streets just never really fits well with the horror material. Even “Voices Pt. 2” isn’t a patch on Poet’s original which was somewhat unique in its â€˜talking to dead rappers’ theme. Here Poet revisits dead rappers, covering everybody from Guru to Dilla to Nate Dogg but there was really no need for it.

“Blaq Death” is morbidly boring, and it’s a shame to see one of the game’s most respected street rappers turning down the death-rap route. Where albums like this falter is in their underlying sense of humour, because if a rapper takes himself too seriously he becomes tiresome and often a caricature. I’ve said it in numerous reviews of records that sport the Vanderslice and Stu Bangas style of uber-hard production that came out of Europe about 8 years ago – there’s only so much posturing one can take before it becomes boring – hence why Styles P, Sean Price and M.O.P. are still capable of outstanding moments. They have an extra dimension to their character (usually humour or self-deprecation). Blaq Poet can offer the odd twist on his standard formula; the original “Voices” being a good example; but with some real substandard production appearing throughout “Blaq Death” you have to wonder how many more claims of authenticity, reminders of his street status and random uses of the F-word there really are left in Poet’s wardrobe.