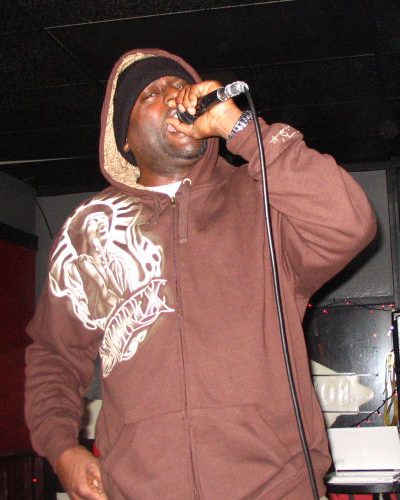 The internet has revolutionized the way that we create, consume and critique all aspects of hip-hop music and culture within the span of a single generation. For the “old fogeys” like me at 38, I can remember a time before MP3 format was even a standard, in fact a time before there was even a standard at all. There was a time when you couldn’t even find music online, and there was a time when you couldn’t even find WEBSITES online. For some people reading this it will be mind-exploding to even consider an internet without websites, because they’ve never done anything online that didn’t involve a browser other than play Call of Duty 3. Nevertheless I’ll say it again – the information age most people under 20 now take for granted didn’t exist when I was that age. Forget about wi-fi – try NO-fi. Forget about GarageBand. To record a demo or a song you had to either buy the recording equipment yourself or rent the studio time. Either one was obscenely expensive. The only advantage aspiring artists who bought their own had was (1.) complete control over the end product and (2.) charging their friends a rate more competitive than what the professional studios did to recoup their costs.

“I say no-one’s from the old school cause rap on a whole
… isn’t even twenty years old
Fifty years down the line, you can start this
Cause we’ll be the old school artists”

Everything that you think you know about music simply wasn’t possible in 1993. There was internet available, but it was 95% or more text based. You couldn’t release your album through Bandcamp. You couldn’t offer people samples through Soundcloud. You couldn’t film your own music video and release it through YouTube. Even shopping for music could be a rather quaint and archaic experience – there was no Amazon and no PayPal. A few people could take credit cards, but most of the time you wound up trading tapes or sending people checks and money orders (or if you felt ballsy straight up cash). Twista made the phrase “Overnight Celebrity” household in 2004, but he had no such quick in-road to fame. He had already been paying dues for 13 years by that point, and even his appearance in the Guinness Book of World Records didn’t get him a break in the industry. It got him a recording deal, a debut album that largely flopped, and he had to persevere for years hustling independently. He had to almost entirely reinvent himself until he was able to truly cash in – just being “the fastest rapper alive” didn’t cut it. He paid dues.

The percentage of submissions from 18 year-olds (and under) to RapReviews makes my head spin. At times I think to myself “This shit has gotten way too easy.” I’m trying to be fair, but I keep thinking to myself that a lot of them wouldn’t be making in-roads into music with the internet the way it was 20 years ago – or even before that when virtually the only people who even knew it existed were academics and military men. So I sit there and I ponder Rapper X, who just sent me his bio, and you’d be surprised how many of them sound exactly like this: “I’m an 18-year-old rapper hailing from West Bumblefuck. This is my first single, but people tell me that I’m really good, so I’d like to share this song with the world through your website. By the way my Twitter handle is @TheNextRapperX. Thanks!” (Incidentally there was no “social media” or Twitter 20 years ago – that’s another story for another day.) At that point I hear voices in my head, and they offer me the thoughts I’m about to share with you below.

“If this is your first single, what have you accomplished to merit the exposure? Have you toured? Have you been to a club and had to rock for only 12 people in attendance and win them over? Have you been stiffed by a shady promoter? Or a shady record label? Have you hustled your single to a local station? Have they promised to play it on the midnight shift, and blatantly lied to your face? Have you paid a kid to put up fliers and found them all in the dumpster? OR DID YOU JUST RECORD ONE SINGLE ON GARAGEBAND AND THINK YOUR SHIT IS HOT?”

I’m not trying to be ageist. You can be a misguided emcee at any age. What’s essential though is that it is so much easier to make music and distribute it now – a double-edged sword that allows the talented inroads that didn’t exist and the lazy inroads they shouldn’t get. If you’re going to succeed as a rapper being self-confident is essential – even if it’s your first single you should think your shit is hot. That trait never changes from one generation to the next. What does change is who gets considered “old school” – in KRS-One’s day it was the deejays/emcees from the 1970’s and early 1980’s. Now he himself is considered “old school” by many of today’s laptop rappers, but their laptop computer and a Soundcloud account plus an ego don’t measure up to the hustle of old. Nobody gets screwed on Soundcloud. Nobody gets their heart broken and has to patch it together with ego glue and say “Fuck them for not listening to my demo, I’m still the shit.” There’s no perseverance over adversity – there’s not even any adversity to face. Everybody’s a rap superstar in their bedroom.

What I’m ultimately trying to say here is that I miss the old days before anybody could make a rap song on their computer. I miss the fact that the people who are in their 30’s still doing it now really had to work their asses off, get jerked a dozen times or more, and LOVE THE HELL OUT OF THIS TO STICK WITH IT. They got screwed and came back for more. Nobody gets that. Nobody pays dues. Everybody’s got a single and a Soundcloud. We can’t roll back the hands of time on the internet nor should we try. Maybe, just maybe though, maybe we need to bring back “paying dues” in the digital world – a new equivalent for the modern era. This doesn’t mean everybody shouldn’t record their own rap songs, or maybe even have their own mixtapes on DatPiff, but maybe it does mean if you’ve never tried performing it live you shouldn’t consider yourself “really good.” Be the local act opening for somebody on tour. If you don’t get booed, that’s a start. If you do you’ll find out if you have the heart to keep doing it. You can be self-published, but you should also be self-tested.