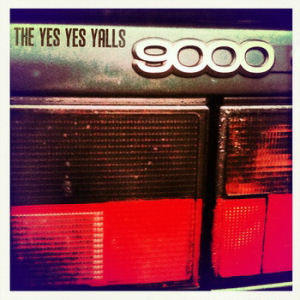 The rapper who can sing (or singer who can rap) has long suffered from a condition I like to refer to as the “Wyclef Syndrome.” There’s no question ‘Clef was one of the most skilled musicians of the 90s, as he juggled rapping, singing, reggae, hip hop, pop and other styles and skills. But when it came down to making a focused, cohesive record, his solo albums fell short (also see most of Cee-Lo’s solo work). Rapper/Vocalist/Singer-songwriter, Shameless Plug, lead man of the New Jersey-based, Yes Yes Yalls has many talents no question, but does he fall into the “Wyclef Syndrome?”

The Yes Yes Yalls consist of Shamelss Plug (Vocals/Lyrics), Chris Jenkins (Music/Production) and their Live DJ, Paul Nyce. Despite what their name suggests, their sound isn’t traditional hip hop, in fact it’s quite the opposite. And it’s a point of pride as they describe themselves as “Originality from New Jersey…Think Gnarls Barkley meets Justin Timberlake meets Atmosphere meets N.E.R.D. meets Beck and you’d be close.” And that’s a pretty apt description of the group, as they juggle sounds from indie rap, to electro pop, to piano driven R&B, to just about everything short of country and heavy metal. But the surprising part is, they do it seamlessly over the span of nine tracks on their latest album “9000,” which is both daringly experimental and surprisingly accessible.

What makes this album sort of odd is that the tracks don’t have any track names, but instead they are listed as “1000,” “2000,” “3000,” et cetera. The reasoning behind this is that when a product is listed with the number 9000 attached to its name, it often means that it is the ultimate version of that product. And with “9000” The Yes Yes Yalls look to set out the ultimate version of their music:

Plug is solid on the mic, and definitely reminds me of the tortured, white indie rapper (a la Slug of Atmosphere), but what really makes him and The Yes Yes Yalls special is his singing ability that he uses frequently, but still doesn’t overdo it. On “2000” he reminds me a lot of Tonedeff (who also dabbles in the singing/rapping shtick), as he perfectly croons over a blend of pianos and synthesizers and has more soul than most soul records released in 2012. And on the hard-hitting, fuzzy but still funky “5000” Shameless Plug goes straight into electro pop mode, and in no way is that a bad thing. The track is one of the best songs on the album and the melody is addictive. And the fact that it includes a clip from the film, Super Troopers doesn’t hurt either.

The production on “9000” is equally innovative and hard to fit into a box. “7000” is one of the most interesting pieces on the album, as it consists of N.E.R.D. esque drums and synths, and the song closes with an introspective, emotional guitar solo that would fit in with an 90s alt rock band.

No, The Yes Yes Yalls are probably not who you were expecting. But “9000” is an musical enigma, that is equally enjoyable as it is baffling. You’re going to give yourself a headache trying to describe to your friends what kind of music they play, but all they really need to know is that it’s pretty damn good.