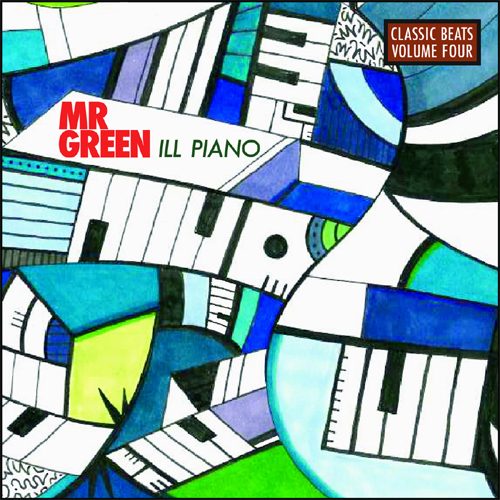 “Hear my jam with the funky piano!” Public Enemy’s Chuck D belted out in 1987. The jam was “Timebomb,” and it sho nuff was funky, but the funk drifted straight from the guitar opening up The Meters’ “Just Kissed My Baby” while the alleged piano was nowhere to be heard. EPMD didn’t forget the piano when they let Chuck’s line inspire a song called “Funky Piano,” and there have undoubtedly been plenty of funky pianos in the history of modern music, but under normal circumstances piano and funky don’t go as naturally together as, let’s say, electric guitar and rocking or vibraphone and jazzy.

Of course it all depends on your definition of ‘piano’ since sounds played on certain keyboard instruments (Hammond organs and a variety of synthesizers) are staples of funk music. Typically a ‘piano’ in hip-hop nomenclature denotes music played on grand or upright pianos or electronically emulated sounds that imitate these analog instruments.

Given hip-hop and funk’s close kinship, most pianos would have been out of place on a rap track through the 1970s to the 1990s. Still, while synthesizers were omnipresent in the earlier 1980s, the traditional piano eventually gained a foothold in rap music. Early milestones came by way of sampling, on records such as Biz Markie’s “Make the Music With Your Mouth Biz,” Public Enemy’s “Black Steel in the Hour of Chaos,” or the Juice Crew’s “The Symphony.” Those pianos were accidental insofar as they weren’t sampled to evoke a certain ‘chamber music’ mood but simply because they sounded spectacular, irresistible or, in hip-hop lingo, ‘ill.’

Eventually hip-hop artists also went for pianos in the ‘classical’ (and ‘classier’) form, particularly the Wu-Tang Clan camp and Queensbridge rappers. Even budding superstar Jay-Z made a crucial contribution to the pianofication of rap music with his debut album “Reasonable Doubt.” Fellow hip-hop heavyweights Bone Thugs-N-Harmony and 2Pac were also fond of the 88 keys and finally a number of all-time rap classics incorporate ivories, from Mobb Deep’s “Survival of the Fittest” and Nas’ “The World Is Yours” to Goodie Mob’s “Cell Therapy” and Scarface’s “My Block.”

In short, in 2013 the piano is a part of hip-hop, and indeed one of those musical elements that are easily recognized and readily mentioned when we discuss individual compositions. New Jersey producer Mr. Green dedicates an entire record to the hip-hop piano, so to speak, those bits and bars he considers ‘ill’ enough to work into a beat. The 20-instrumentals-deep “Ill Piano” is the fourth volume in his ‘Classic Beats’ series started back in 2006. It’s hard to tell if he plays or samples his pianos, but the accompanying drums fit the traditional drum break format, which in combination with the simple, clear tones coming from the claviature gives the collection a vintage varnish. The project is rendered even more cohesive by the seamless transitions between tracks.

The piano is a highly emotional instrument, and even though Green, like most hip-hop producers, tends to condense his melodies into loops, the moods of the pianos dominate his tracks. There’s a number of melancholic, minor-keyed beats, starting with “New Beginnings,” which follows the early DJ Shadow school of beatmaking, unstoppable but gentle waves of music flushing down your ear canal. The following “Emergency” is similarly paced but packs more action thanks to vocal snippets and a sudden break with an alerting piano sequence. “Motion Picture” is a tongue-in-cheek reference to the sentimental pianos often heard in film scores. “The Divorce” features piano playing that goes beyond a few chords, while it plays more of a supporting role on the Oddisee-like “Stay Optimistic.” “Celebration” is that one funky track, the still vague funkiness of the piano boosted by funky drums. “50,000 (Bert’s Theme)” is an attempt at the anthemic format with a healthy helping of rhythmic thump and what sounds like Fatman Scoop samples.

There’s variety to be found within “Ill Piano” alright. The pitched down DJ segment in “50,000 (Bert’s Theme)” or the acoustic guitar in “R&B Sex Dance.” “New York” is an archetypical later ’90s joint with vocal cuts, “Old Man River” features the type of piano with a pop touch today’s top-tier producers would use, and “Snake Pit” stands out thanks to a pipe organ providing the second voice. For the most part however “Ill Piano” offers a basic combination of articulate pianos and dusty drums whose tonality remains largely the same.

Mr. Green is undoubtedly skilled in the trade of that old boom bap. The risk that lies in focusing on one instrument in beatmaking is that you eliminate the element of surprise. Hip-Hop beats don’t rely on a strict set-up. The greatest producers, the Primo’s, the RZA’s, the Kanye’s don’t think in ‘instrument’ categories when building tracks, they hear something most of us don’t and then work their magic to create a final product that most of us enjoy listening to. They think ‘ill’ before they think ‘piano,’ and if an ‘ill piano’ happens to be a track’s main ingredient, it’s simply because it helped them attain their higher purpose. Given these circumstances “Ill Piano,” although an overdue nod to the 88 keys, not unexpectedly lacks those vital ‘Wow!’ moments we hope to experience when listening to hip-hop.