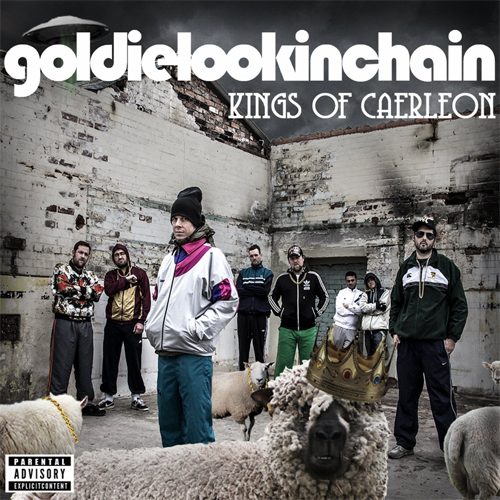 The Jay-Z/Alicia Keys collaboration “Empire State of Mind” inspired countless cover versions that celebrated places that were NOT New York. Most of these renditions still found enough sources of local pride to talk about. But as you put some distance between you and any metropolis, the urban skylines and landmarks get smaller and smaller, and there inevitably comes a point where the settlements seem dull, or cute at best, compared to the exciting big city. From that contrast often springs comedy, for example the self-deprecating view small-towners have of their habitat.

In 2010 an “Empire State of Mind” parody called “Newport (Ymerodraeth State of Mind)” went viral, describing and displaying the Welsh city of Newport in all its small-town splendor. As well done as it was, the spoof was bound to irk a handful of people (besides EMI, who asked YouTube to remove the video when it had already accumulated well over 2 million hits) – Newport’s own Goldie Lookin Chain have been satirizing their stomping grounds for more than a decade. So it wasn’t surprising to see the rap crew respond to “Newport (Ymerodraeth State of Mind)” – whose makers/actors had partly Welsh roots but still were obvious out-of-towners – with “Newport State of Mind (You’re Not From Newport).” In it, rapper Rhys reclaimed his group’s authority on all things Newport, all the while assuming the same ironic but affectionate tone when talking about his hometown.

Three years later Goldie Lookin Chain are back with a new album and up to old tricks. Raps steeped in old school hip-hop, rhymes that oscillate between satirical and silly underpinned by a solid musical groundwork comprised of recognizable instruments. At first listen the one legendary group that is evoked are the Beastie Boys. The mic circulation, the “Apache” break, the vocal effects of the opening “It’s the Chain” all convey that jolly, jesting feeling of the New York trio indulging in old school routines. That point of reference is actually reinforced by the track that follows, “Gangsta,” where GLC rhyme over a sample so inextricably connected with “Paul’s Boutique” it’s hard to accept someone using it with what first sounds like a similar approach to rap.

But as you continue to listen you realize that the Chain are nothing like the Beastie Boys – and that’s clearly not meant as a compliment. They come up with these basic song concepts and act them out in random, chaotic performances. “Gangsta” is such a hot mess there’s no ruling out that the whimsical behaviour they describe would pass as ‘gangsta’ (i.e. cool) in their neck of the woods. After all, they don’t fail to point out the peculiarity of provincial Wales. And yet in a hip-hop context the caricature of ‘gangsta’ attributes is a completely dated ritual. Perhaps Newport is some Portlandia of hip-hop, a place where time moves slower, but it’s just not possible to grant relevance to a song that brings up Body Count’s “Cop Killer” in 2013. The GLC guys would probably argue that portraying cases who are stuck in their ways is part of their shtick, and that’s admittedly something they do quite well, see their mocking of the boomerang generation, “Livin’ at Home.” Even the absurd “What Would Biggie Do” has its charm, as a spoof of how the average rap fan desperately tries to connect with his larger-than-life idols, in this case even beyond the grave.

It’s been said that humor doesn’t travel well. Well with the exception of British humor of course, which has been a real globe-trotter. GLC’s problem is not that they keep it strictly Newport (of which Caerleon is a small suburb). They combine a sense of place with a sense of humor, both of which are elemental to rap music. It can be entertaining to hear them put themselves in the shoes of club security on “Newport Bouncers” (inspired by a TV documentary of the same name) and there’s something endearing to how they serenade a convenience store on “Baneswell Express.”

But the Goldie Lookin Chain comedy remains on the surface. “Workaholic” is as simple as a gang of chaps describing how getting high is a full-time job to them. You get that in hundreds of other rap songs more sophisticatedly, where no one had a simplistic song idea like ‘Hey, what if we wrote a song where smoking weed would actually fill out our entire day, so it’d be sort of like work, wouldn’t that be funny?’ Not the way it’s come out, no. “At the Drive-Thru” is better, effectively criticizing fast food mentality at its most extreme. But compared to Ugly Duckling’s “Taste the Secret” from ten years ago it too lacks finesse (plus it sneakily points the finger at America via a countrified chorus, quite atypical for an album that has its head stuck up Newport’s arse).

Ultimately GLC fare best when they abandon themselves to the pure, unadulterated fun of passing mics and spitting raps, as witnessed on tracks like “It’s the Chain,” “Because I’m” or “Just Coz it Rhymes.” The number of members is somewhere around 9, a wild bunch of scruffy vocalists with no regard for today’s rap standards. The soundtrack to it all, produced by Rhys, fits the carefree throwback vibe but also betrays Goldie Lookin Chain’s experience. Musically, this is a well composed album whose dedication to its instrumental side is underlined by two longer interludes.

Or perhaps Rhys, who was recently elected to the Newport City Council, is the only professional dragging along a bunch of ne’er-do-wells. I kid. “Kings of Caerleon” is very British (or Welsh, if you will), considerably hip-hop, and not as funny as it hopes to be.