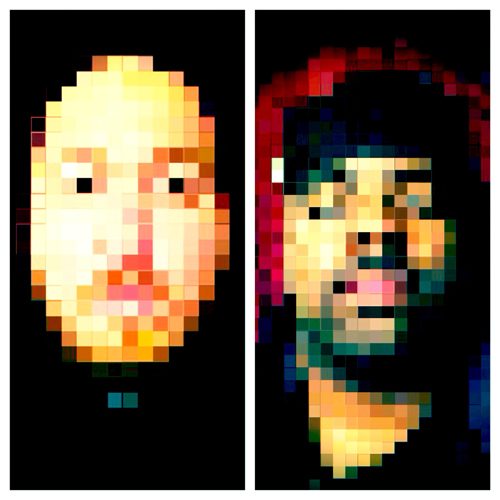 New Jersey emcees John Blake and Shameless Plug (of The Yes Yes Yalls) have joined forces to form The Nayno. The duo’s debut EP, “Ill Minds Think Alike” serves as a warm up for their upcoming full-length project. The two trade verses over various beats from Illmind’s “Beats for Kanye West” instrumental EP, which was released in June. For a warm up project, “Ill Minds Think Alike” is a very enjoyable listen and shows great potential for the duo’s future work together.

I’m more familiar with Shameless Plug’s previous work. The Yes Yes Yalls’ 2012 album, “9000” was excellent) than I am with Blake’s, whom I know only through his guest spot on that record. But both of these rappers give excellent lyrical efforts on all five tracks on the EP, and whereas most duos seem to have a big brother/little brother dynamic (ie: Q-Tip/Phife, Phonte/Rapper Big Pooh), Blake and Plug are pretty equal talent-wise. As Plug boasts on “Sheesh,” he is a strong singer in addition to his prowess as an emcee, but on “Ill Minds Think Alike” he focuses on rapping.

I’d say that three of the five tracks, The Nayno emcees are trading verses, trying to out rap each other, and the other two are more conceptually driven. The Jersey duo tackles fatherhood on “Papa,” which also boasts an excellent chorus. And they delve into racial subject matter on “Elephant,” which offers perspective on the “n word” from both black and white points of view.

At about 16 minutes, “Ill Minds Think Alike” is a very brief listen, but there isn’t a dull moment on the project. The Nayno picked some excellent production from Illmind, which would’ve really been interesting to hear Kanye rap over, but it’s hard to argue with the final product that Shameless Plug and John Blake came up with.