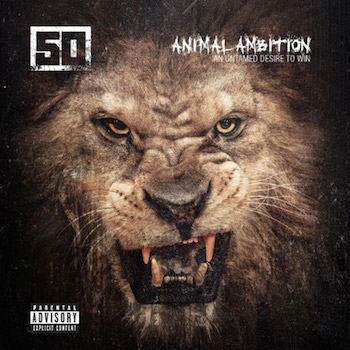 Five years is a very long time in hip hop, and for somebody that can legitimately claim to be a household name, 50 Cent finds himself dangerously close to being irrelevant. 2007 saw the release of “Curtis” surrounded by a big buzz revolving around a sales rivalry with Kanye West (who released “Graduation” at the same time). He claimed that he would retire if Kanye outsold him, which he didn’t. For an emcee that built his career around a wild, dangerous past where he was shot nine times, and mocking “fake thugs” that were known for singing throughout their tracks (some guy called Ja Rule), 50 quickly found himself doing the same thing.

Numerous beefs ensued with guys like Fat Joe, Jadakiss, The Game and Rick Ross; there was a film, two video games and despite these largely successful ventures, 50 Cent’s hip hop career started heading on a downward trajectory. His last album, 2009’s “Before I Self Destruct” was actually a strong outing that featured the obligatory cockiness of “So Disrespectful” and “Death To My Enemies” alongside sappier songs like “Baby By Me”.

“Animal Ambition” lacks the raw, tribal vision of its title. One moment that was good to hear was “Irregular Heartbeat” which featured LOX member Jadakiss spitting a verse that sounds like it could be aimed at 50 himself, which given their history wouldn’t be surprising:

“30-something, and you ain’t ever opened your mouth yet
Social media’s given cowards an outlet
See him in person, say something I doubt that
Rather get caught with it than get caught without that
Trying to backpeddle, you stumble on the kerb
You’re staring at the ground, you’re mumbling your words…”

Mumbling words is a part of the 50 Cent package when you sign up. He’s never been the most eloquent, clearest rapper to listen to, and “Animal Ambition” is a hit and miss affair in this regard. The manner that he raps on “Hold On” and the aforementioned “Irregular Heartbeat” is lackluster, both also lacking the refined production that we’ve become accustomed to by A-list names such as Dr Dre. In fact, Dre does take a break from swimming in money to assist Dawaun Parker and Mark Batson on “Smoke”, a perfect example of 50 doing what he does best – catchy club bangers with that street edge. In this department, not many can rival 50, and he proves he is still one of the best at crafting infectious hooks on “Don’t Worry Bout It” – which will find its way in to your subconscious much the same way “I’ll Whip Ya Head, Boy” did.

What is more noticeable than ever is that 50 Cent doesn’t have anything interesting to talk about. There’s no daring attacks on his contemporaries or memorable lines like “I love you like a fat kid loves cake”. Much of “Animal Ambition” is spent talking about chasing paper, and how it is better than chasing women. That may well be, but wasn’t this the guy seducing ladies with his “Magic Stick” at the “Candy Shop”, so they could have a “Baby By Me”? Hypocrisy runs throughout hip hop, so it’s not a character destroying theme but be wary of the constant focus on finances. It’s admirable that each song on “Animal Ambition” has a video on YouTube, a feat that reminds us of 50 Cent’s hustle.

“Animal Ambition” is a glorified mixtape at the end of the day – one that maintains the street authenticity of 50’s albums but finds itself leaning too heavily on the “Get Rich” side of things, when it was the “Die Tryin'” angle that draws us to him. There’s enough material on “Animal Ambition” to remind us all what 50 can bring to hip hop, but it’s padded out with tracks usually reserved for the cutting-room floor. Despite being billed as his fifth album, it’s nowhere near the level of his strong, yet largely overrated debut “Get Rich or Die Tryin'”. “Street King Immortal” is the album we’re all waiting for, so while it’s nice to hear some new material from Fiddy, it’s a shame that it doesn’t match the polished, blockbuster sounds of “Curtis” or “Before I Self Destruct”. One for the devout Fiddy fan only.