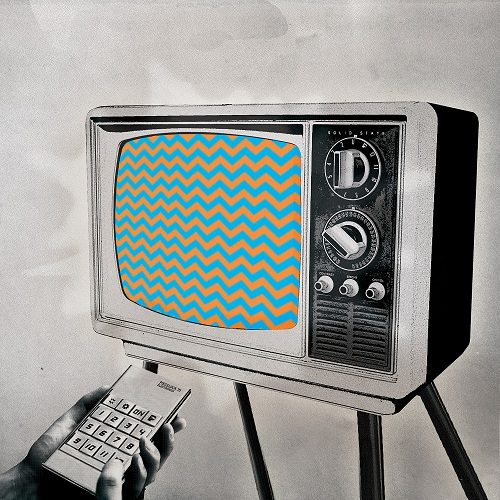 People Under The Stairs :: 12 Step Program

Everybody has a group or artist that is respected in hip hop that they just haven’t gotten round to listening to, or just never felt that what they did hear, convinced them to invest time exploring their discography. People Under The Stairs (PUTS) don’t necessarily live up to their name in my books, as I have seen their CDs for years sitting in HMV shelves between Paris and Pete Rock, and just never thought I need to check them out. Coincidentally, nor did fellow reviewer Pedro Hernandez who covered the PUTS album “Fun-DMC” in 2008. I figured that it was about time I explored the work of Thes One and Double K, and what better way to do it than to enroll on their “12 Step Program.”

For those with little to no knowledge of People Under The Stairs, they are an LA duo cut from the same cloth as Jurassic 5, Living Legends and The Visionaries. Legit underground sensibilities with enough accessibility to garner recognition from those who don’t just listen to hip hop all day every day. Their sound isn’t exactly unique, but is dynamic and wide-spreading, often giving off a sense that they can’t be just two guys – they are “people” after all. With that said, I felt a fairer comparison would be Outkast, and “12 Step Program” is indeed, a dozen songs that shows plenty of versatility in both production and lyricism not far from Andre and Big Boi’s work.

For those new to PUTS, this album could make you think that you’ve been missing out on a ton of great hip hop. Truth be told, there wasn’t ANY bad tracks on this record, but that’s not to say this is a classic. It’s incredibly consistent, but never really blew me away – but hip hop doesn’t have to be wordy or “bangin'” to satisfy in the first place. Sometimes, hip hop just needs to be hip hop, and executed by the right personnel, it can make for excellent listening. “12 Step Program” is most certainly an album worth checking out, as most songs bring something to the table that’ll pique interest. “Pictures On My Wall” reveals PUTS’ humorous side, talking about how women leave their mark on a man’s home/home page, whether it be physically putting up pictures, or the virtual wall on social network sites such as Facebook and Twitter.

It’s quite a specific thing to rap about, but it works well, particularly when they threw in the Raekwon line “the combination made my eyes bleed” on the hook. It’s these touches that highlight why PUTS still attract a strong following worldwide – they don’t take this hip hop shit too seriously. “Cool Story Bro” is a funkier affair, consisting of enough bass licks to make Erick Sermon jealous. Gang rivalries at a liquor store is oddly captivating, despite being a theme we’ve all heard about numerous times. “Ste. For Reefer” even starts as a stereotypical gangsta rap track from the West, then promptly switches up as PUTS proclaim they prefer to be on their b-boy vibe. This “vibe” lends the album a crisp, drum-heavy feeling not far from The Roots’ live sounds. It’s simultaneously both traditional hip hop and not. Samples are evident, yet less cookie-cutter in their “copy and paste” approach some artists swear by.

Double K and Thes One are both emcees that combine street aesthetics with regular Joe approachability, and ensure that each track is (to keep with the b-boy vibe) “fresh”. Despite being their ninth album, “12 Step Program” is a polished, if ultimately unspectacular piece of hip hop that is a great place to start if you haven’t heard any PUTS material before, and guaranteed to entertain if you enjoy artists such as Ugly Duckling and Jurassic 5.