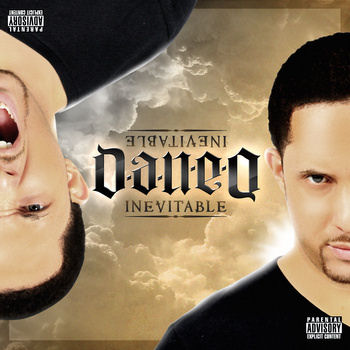 Daniel Faraldo wasted little time following up his 2013 “Immortal” EP with a full-length “Inevitable” album, and was able to work both into a hectic schedule that includes acting, broadcasting, and performing as one half ofPerfeck Strangers. Perhaps that seems like too much for one man to handle, but Dan-e-o has never been an average man. The award winning Canadian emcee has been hustling in hip-hop since the early 1990’s. Many rappers who have been in the music business for that long wind up cynical or burnt out, but Dan-e-o continues to draw inspiration from both his peers and pioneers like the late J Dilla to reinvent and invigorate himself year after year.

Dan-e-o avoids repeating too much of the “Immortal” EP on this full length LP, the most notable exception being the crossover friendly “Girl (Boom Boom Pump),” and I can’t blame him for that. If Faraldo could be mistaken for James Todd Smith at any point this would be the song to do it – and maybe we’ll see him cameo on “NCIS Los Angeles” at some point (I know he loves going back to Cali anyway). What’s surprising is that the largely self-sufficient Faraldo called on a few friends to contribute verses, and this is far from a bad thing. I never anticipated he’d be doing a duo with 1990’s rap sensation Chip Fu (“I’m a true, WHAT? I am a True Fuschnick”) so to call “Bossmon” a pleasant surprise would be putting it mildly.

That’s far from the only cameo. The mellow joy and pain anthem “Love Before” features guitar playing by T.J. Habibi from Secret Suburbia. Underground Canadian rapper Skizzz drops bars on “Dreamchaser” while Brotha J croons. Skizz pulls double duty though – he’s also the producer of the entire album – you may know him as Charisma. He proves up to the task whether he’s in front of or behind the boards as songs like “Fresh Air” and “Hope” ably prove.

“Hope” also showcases one of Faraldo’s most endearing qualities – he holds almost nothing of himself back when writing or recording verses. The level of machismo hip-hop often demands often rules out displaying any weakness, but here Dan-e-o tells us right from the intro that he’s about to make “either the dumbest move I ever made (or) the wildest adventure of my life.” More than for any other reason “Inevitable” succeeds because of Dan-e-o’s personal commitment to show you Daniel Faraldo – the man behind the name – and let you get to know what life’s all about from his point of view. Even if your views differ from his, even if your philosophy isn’t the same as his, at least you know where he’s coming from as a man. Dan-e-o succeeds without needing to go gold or platinum by coming from a place of honesty musically and spiritually.