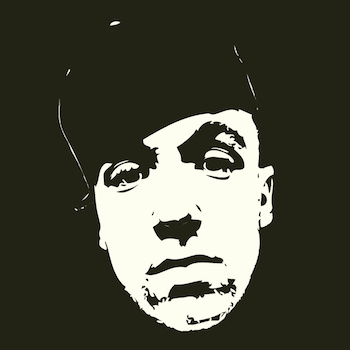 Skipp Whitman is Los Angeles, California by way of Brookline, Massachusetts. It shows in his flow from the word go with the “Intro” of “Whitman Can’t Jump” – he’s still got his East coastachusetts accent and a “Mr. Slow Flow” style reminiscent of Brentwood, Long Island emcee Parrish Smith.

The press sheet for “Whitman Can’t Jump” indicates that Skipp is putting together “a West coast band” so he can perform the album on tour, but the construction and philosophy of the album will remain Eastern. He recorded the album in New York City, mixed it at Wonka Sound in Lowell, MA and was able to collaborate with fellow Massachusetts artist Statik Selektah for the album’s featured track “Hi School.”

“Raised on – Boot Camp Clik
Raised in, anything but dangerous
More trees and pavement, man-made pretended a bit
Made out in school dances…
I thought I was Method Man with a contact on the bus
But outside my crib it was just brush”

Whitman is matter of fact about his origins and aspirations, so I can give him an A+ for integrity and honesty. Regrettably I have to score anywhere from a C to a D for charisma. At times he picks up the pace of the flow on ably produced tracks like the piano-tinged “Game,” but yet his vocals betray any sign of emotion. If you thought the late great Guru only had one pitch, then the Roxbury born rapper should have met Skipp – he takes it to a new level.

There’s nothing inherently awful about Skipp Whitman other than that it feels like he’s trying too hard. Songs like “All Good” could live up to their name if it wasn’t for the mechanized lyrical delivery. Whitman tries so hard to deliver each line perfectly – in diction, enunciation and rhythm – that it lacks the emotional impact of a fellow Mass. rapper like Edo.G. It seems like a contradiction to knock an album that’s technically sound, but if the Wizard of Oz taught us anything, it’s that the tin man needs a heart. Whitman is obviously flesh and blood, but he makes rapping sound like such a burden on “Whitman Can’t Jump” I thought maybe the Cybermen got to him for an “upgrade.” Whitman’s a nice guy with good intentions but a shot of liquor before he hits the studio to record couldn’t hurt.