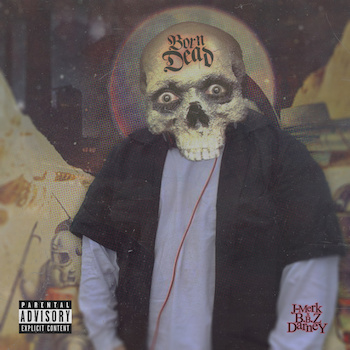 When Big L famously said that you can’t kill him because he was born dead, little did he know that a few years later he would be killed. It’s one of numerous lines I’ve heard from Big L that has made me think about his lyrics, long after the song has finished. If he was indeed “born dead”, did he live his life as a zombie, encountering countless awkward social situations throughout his childhood? Did he live life no different than any normal person, keeping his secret to himself until the day a freak accident exposes him for the dead man he already is? Being born dead could also mean that his digestive system would not work – does he eat food? Knowing L (which I didn’t), he ate emcees, microphones and a lorry-load of pussy. Of course, I’m being literal and am fully aware that Big L was probably not born dead, but did rap like a man possessed. More importantly, L was street, but always fun to listen to whilst sharing his tales of the poor and dangerous lifestyle.

What does my unhealthy admiration for Big L have to do with J-Merk & B.B.Z. Darney? Well, J-Merk probably wasn’t born dead, but his album of the same name feels like a paradox. The endless slew of throwback or boom bap artists just doesn’t seem to stop, and J-Merk appears to be the latest emcee to deliver an album ensconced in the sound that was popular twenty years ago. Don’t get me wrong, the gritty beats and scratched hooks that B.B.Z. Darney is rapidly making a name from, are consistently satisfying, but the music here lacks a uniqueness so many artists in the 1990s possessed. Some of the scratches actually detract from the experience, because many have been done to death.

Mobb Deep’s Prodigy saying the saga begins on “The Saga Begins” is predictable, raising suspicions on the depth of B.B.Z. Darney’s acapella library. Before I discount this album entirely, there are some joints on “Born Dead” that will knock in the speakers, hard enough to wake the dead. “Wake Up” has one of them horn samples that drills itself in to your head, also benefiting from some slick Nas vocals scratched on the hook. Kid Fade and Dreamtek offer some ironic yet welcome energy to “Pearly Gates”, despite the death-centric verses – there is certainly a morbid feel to the album, with “One Life To Live” encouraging listeners to cherish each day as it comes.

The artwork alone is reminiscent of a Necro release – there’s even a Necro-style line delivered by uMaNg on “Verbal Vendetta”, whereby he wishes Ray Rice had broken his fiancee’s neck in the well-documented elevator incident. This line could actually have come off as a Big L lyric if delivered with a tinge of humour, making something so vile become black comedy. And that’s where “Born Dead” falters – it’s one dimensional approach to grimy Hip Hop.

J-Merk is a decent emcee, but with the likes of Epidemic, uMaNg, Purpose, MindsOne and countless others delivering similar music, it is now a crowded market and some of these guys are starting to sound like clones of each other, let alone clones of Shabaam Sahdeeq, Ran Reed and other underground favourites from the late 90s. Thankfully, B.B.Z. Darney’s beats and J-Merk’s sturdy delivery will ensure you’ll enjoy something here, even if it is a tad formulaic.