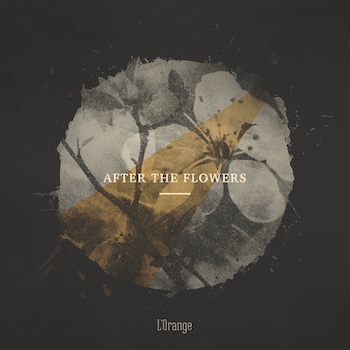 L’Orange :: After the Flowers EP

Stik Figa gave me an increased appreciation for L’Orange as a producer – or arguably it was the other way around. Either way “The City Under the City” is the kind of album that put both on the radar to check for in the future, and I was pleased when a random notification hit my inbox that Mello Music Group was releasing a free L’Orange EP. That’s a fine way to brighten my mood when I have to sort through a hundred daily inquiries of the “please listen to my demo” variety.

It’s not hard to see why both L’Orange and the label chose to let this one fly for free, and it’s not due to a lack of quality – it’s because it’s a mere morsel to sample the flavor of L’Orange. At 19 minutes long you’ve barely had a chance to savor the taste before it’s gone, but in that time you can enjoy ethereal experiences like “Grow” featuring Johaz and Blame One. The instrumental changes directions at whims only the producer knows or understands, but the real treat is 51 seconds in after the opening verse. Suddenly the song is a complete head trip, shifting back and forth from one ear to the other like a manic insect zipping around your heard. Put your headphones on for this one.

L’Orange puts more thought into his instrumentals than the average producer. You’re not going to hear simple loops repeated ad nauseum on tracks like “Entering the Silence” featuring Red Pill. The Ugly Heroes superstar is quietly creeping up to the highest echelons of underground/independent emcees, and L’Orange can only push him further with this dope backdrop. I won’t use the word “dreamy” lightly, but Pill’s lyrics really do seem to be carried on a cloud here – a cloud of hammering boom bap hip-hop. Contradictory? Not if you’re a fan of The Roots’ “Concerto of the Desperado.” This track is on that level.

Even the emcee-free tracks like “Broken Clocks” are a pleasure – a pastiche of audio clips and layered samples that are as sweet to the ears as a cinnamon drop on your tongue – pure pleasure with just a hint of burning heat. It may sound like humblebrag when L’Orange titles the finale “My Magic Is the Best Magic,” but he’s not lying. The ribald drunks who open the track are well suited to the whimsical melody that follows, and you can picture them in your mind’s eye stumbling around the saloon to the beat. That is the joy of a L’Orange track – his melodies make you see a cinema’s worth of moving images with or without an emcee. If you don’t download this freebie then you’re only doing a disservice to yourself.