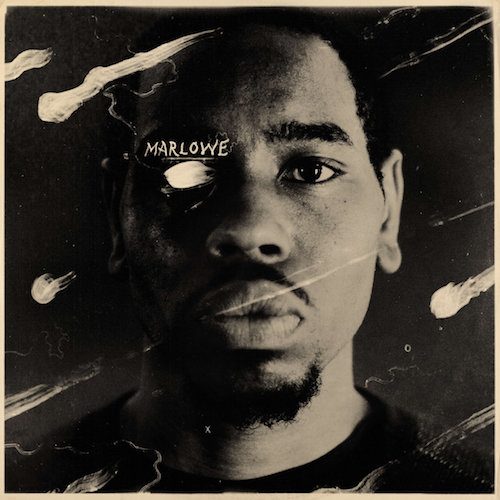 If L’Orange had come along in the 1990’s he’d be spoken of in the same hushed tones as DJ Premier and Pete Rock, but like so many other artists he faces a 21st century landscape where art has been devalued. You no longer have to make a financial commitment by going to a store and receiving records, tapes or CDs in exchange for the fat knot in your pocket. Everything can be downloaded now. Even the idea of carrying money is in itself going out of fashion. Greenbacks? Fat stacks? Forget that. I’m not the grumpy old head saying “the good old days were better” because I appreciate the convenience and speed of our digital age. That said there’s something to be said for the respect you would give an album after cashing your paycheck and taking your hard earned money to the record store. If you heard a head nodding beat after putting the album in your stereo, you could smile inwardly while listening and say to yourself “Money well spent.”

Even though digital money is still money, it never leaves your hand; when you download the album, you never hold it in your hand. The physical tangibility of the transaction is lost and with it the desire to show appreciation for your purchase. If an emcee or producer is whack there’s always a free mixtape looming around the corner, and if you’re cheap/broke plenty of ways to procure digital versions of retail albums without even spending your cash. RR is not endorsing these methods but pretending they don’t exist and aren’t widely used would be naive, and the ubiquity of free music (legal or otherwise) devalues even downloads let alone the physical product. It’s not surprising that so many people stream music now. Why pay for any album at all?

L’Orange is why. If I’ve learned one thing about producer L’Orange over the years, it’s that he picks interesting and oscenely creative emcees to collaborate with. Some are well known before the link-up and some remain undeservedly obscure afterward. No matter which lyricist he works with though one thing remains consistent – an excellent selection of beats that bring the rhymes to life. Putting down $8.99 (or more) for “Marlowe” is a commitment and a sign of respect to what L’Orange does. It’s saying “I appreciate the time you took to craft this music. It’s a labor of love, an investment of time and effort, both digging in the crates and busting your ass in the studio. It’s multiple hours spent mixing just a few seconds of one track because it doesn’t sound QUITE right. It’s working with the right emcee, but also making sure they sound right, doing them the service THEY deserve for their hard work too. Thank you for that effort. This purchase isn’t a gratuity – it’s the compensation you SHOULD get for crafting something so exquisitely enjoyable.”

There’s little question in my mind I would have enjoyed “Marlowe” just because of the previous track record of L’Orange’s productions. Thankfully this release exceeded even my lofty expectations thanks to Solemn Brigham being such a breath of fresh air lyrically. THIS is the point where I WILL be the grumpy old head for a minute. I come from an era where rappers actually RAPPED. There was little to no singing, no AutoTune, no disguising a lack of lyricism. The standards have changed to the point that even the old rappers heads used to decry as crossover/pop (Young MC, Hammer, Fresh Prince) sound like maestros of breath control and wordplay. Just when you think true rapping is a lost art along comes an emcee like Solemn Brigham. To call this Wilmington, NC rapper “a breath of fresh air” would be a disservice. He’s more like gale force winds. He’s a hurricane of verbosity. Take “Honest Living” for example:

“Float around town ’til the engine light flick
As I throw around sounds, tryna satisfy the itch
Got that southern sound, walk with a talk with a limp
I don’t go above ground ’cause I know they would evict
I don’t wear a crown ’cause my rule too strict
‘Nother man down so I moved to the sticks
Just a year past I would never leave the zip
Man, I feel so much older that I swear that I forget
Now you know I love to get all they attention
But you know I love to say get out my business
Did a feature and got right up off the benches
All my life I been a leader but just not in this dimension
If you lookin’ for a keeper I can keep you in suspension
Striding on my way to freedom and I haven’t made it inches
Landed on my feet and went to mix it with my kindred
Trying to get relief, you know I’m not the one that’s lendin”

It flows even better than it reads. Brigham obviously has a set of lungs on him because he can run bar after bar without once pausing or gasping for breath. The vocal tone is mesmerizing and the lyricism doesn’t exist for genuflection or comedy – he’s telling a story with every syllable he spits. That’s not to say he doesn’t have clever punchlines or pop culture references. Take this excerpt of “The Basement” as proof:

“I believe +Strange Things+, go and get some superstition
+Orange Is the new Brigham+, treat that like a new religion
Hit ’em with some different pitches, they just keep mood-shifting
When the plot get thicker, I come in with lacquer thinner”

This album is 18 tracks long but goes by way too fast at 42 minutes. The immediate need to press play again can’t be stopped. It’s impulsive. The spooky audio landscape of “Things We Summon,” the RZA-esque vibes of “Tales From the East,” the Southern bounce of “Gone Believer” and the damn near Premier elegance of “Palm Readers” demands repeat play. DEMANDS. Listening to this album for review was not a chore – it was a pleasure. I can tell you the days that are work and the days that are fun, and this one was definitely not work – except for all the hard work L’Orange and Solemn Brigham put into “Marlowe.” That’s why this album demands one other thing – cash. Show them that music still has value in our cashless digital age and buy a copy. Even if you buy it as a download, burn it to a CD and hold it in your hand. You’ll be glad that you did.