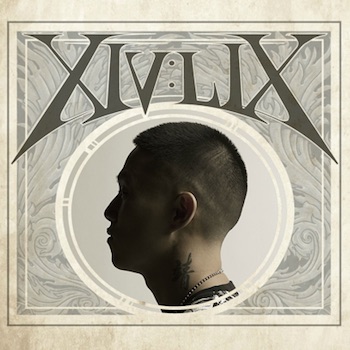 There are albums you listen to because of how hard the beats go, or how clever the lyrics come at you. Some albums you play on repeat because the rapper allows true vulnerability in a way the audience can relate to, and “XIV:LIX” is the latter. MC Jin’s comeback as a Christian rapper after 11 years is completely devoid of the bravado of youth. It is heavily steeped in the humbleness of a man who fought hard for respect as an Asian battle rapper in the game, and then lost a large chunk of it with the exploitative “Learn Chinese,” as he addresses in one of the album’s standout tracks, “Chinese New Year.”

We live in a society that likes to think most things are judged by merit, and Jin is an example that this isn’t necessarily true. As an Asian artist, he broke through on 106 & Park and was the first Asian-American artist to be signed to a major label with Ruff Ryders, but he didn’t blow up mainly because the industry wasn’t ready for somebody like him yet. An entire generation of Asian-American hip-hop heads and aspiring artists ran home after school to watch 106 & Park and watch their sole representation in that field crush ching-chong jokes; Jin’s core following, unlike his previous label deal, is ride-or-die. Knowing that his old fanbase will pretty much always be onboard, “XIV:LIX” brings a new faith-driven side that could appeal to Christian listeners and younger fans alike.

Even though religion is the boner-kill of rap. MC Jin now makes it sexier and more appealing by bringing the wordplay of a battle rapper. In “Coming Up,” he intros his come-up with a slick rendition of “The Fresh Prince,” segueing into everything from his Asian parents’ resistance in a play on words of “knock you out,” (after all, how many immigrant kids haven’t been smacked with a slipper?) to his early days as a battle rapper with something to prove. His struggle with wanting success as an artist, but scorning the materialism of the industry is expressed in “Welcome to the Club,” a track that also informs younger listeners of the dips in his career. Produced by M. Milz, there is a refreshingly simple sound personally quite appreciated in this migraine-inducing era of trippy beats and sometimes overdone turnout.

One of the most memorable quotes from the album is “Being Christian, being Asian, trying to live up to your expectations,” in “Carry On.” It sums up the frustrations he’s gone through as a man who’s come to terms with traversing in multiple worlds and being judged by all of them. In a sense, this is a subtle address of his haters and his perseverance through opposition from multiple fronts. Jin gets existential up in this bitch in “Eat, Sleep, and Die”. Here he talks about the meaning of life, but without being preachy. Jin’s albums are reflective of his life, and in this album he is finally at peace with the world.

This album isn’t Jin’s best work, and lacks tracks of the true storytelling that he does best like in “Love Story,” but there’s no denying the genuineness of both his faith and his flow. He gives you plenty of quotable material, and his humbleness in interviews translates to the music. If you’re ever wondering if hip-hop can truly be for everybody, this album is the answer.