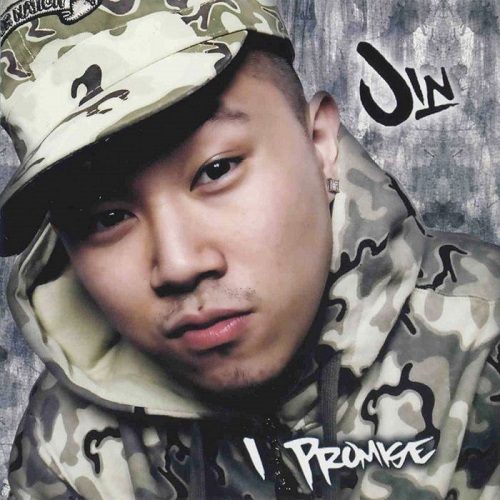 Having the right or wrong label can make or break an artist’s career. It can make them universally appealing, or pigeonhole them in the role of the gimmick. For all Jin’s talent, people still recognize him as “that Asian kid who can freestyle.” After getting his break on BET’s “Freestyle Friday,” Jin has been seen by promoters as a one-trick pony, somebody who can only be marketed as how he was first seen.

There’s certainly a reason for this â€“ Jin can sure as hell freestyle. Some of the best rhymes on the CD are the flat out rhyme exhibitions, where Jin gives himself free reign to just talk shit. It doesn’t take until the second song, “Yeah,” to see Jin in top from, with his “The Capital â€˜J’â€˜I’-â€˜N’ never say die” verse. He’s got a very dexterous flow which is well suited for this, accentuating every punch line for maximum effect. It’s a clear strength of his, one that absolutely belongs on every CD he releases.

However, that’s not all he’s got going for him. Right after the free flowing “Yeah,” Jin switches effortlessly into a much more introspective approach. He gives a mini-biography on “Chinese Food,” which reveals a depth of personality that goes much deeper than the label of “freestyle battler.” “I Promise” and “Determination” play like personal MC mission statements. On the former, Jin vows to “stay honest” with the art of rap, while the stomping beat of “Determination” provides the background for Jin to explore his artistic inspiration:

“Let me explain what it’s like when I’m in front of a mic
My blood boils, sort of like I’m ready to fight
I’m not the physical type, but lyrically I might
Make it so you don’t walk the rest of your life”

On top of explosive lyricism and some nice concepts, Jin brings a rock-solid delivery to the mix. His beat selection is pretty good, but he breathes life into the music with every line. He doesn’t vary his tempo or cadence much, but he catches the beat in all the right places with ease. It’s an understated talent, but it really brings out the best parts of the album, emphasizing the punchlines and beats at all the right moments.

Where he isn’t so solid is on hooks. Most of them are handled by Jin himself, and “I Promise” would be much better if he wasn’t destroying the momentum of half the songs in the middle. Jin just isn’t good at writing or delivering them, so they come off as forced, and disrupt the momentum of the album tremendously.

Also disrupting the flow of the album is the overly commercial leaning of its middle. The beginning and end of it see Jin at his most natural, flipping in between braggadocio and introspection with ease. About four songs in the middle see him trying to force a club or radio hit. It’s not something that his voice or persona really lend themselves to, and it makes the whole experience more uncomfortable than anything. It’s not that he can’t be radio-friendly, but he’s more likely to have a hit being himself than trying to force something that doesn’t work. “I Promise” might not be perfect, but it’s still well worth hearing. Songs like “Determination” and “Chinese Food” are as good as anything in 2007, and Jin is one of the better rappers in the game. Outside of a couple useless skits and a sub par middle, the album is very good, displaying both wit and depth without sounding strained. When Jin stops submitting to conventional hit making conventions, he’ll start making some really great music.