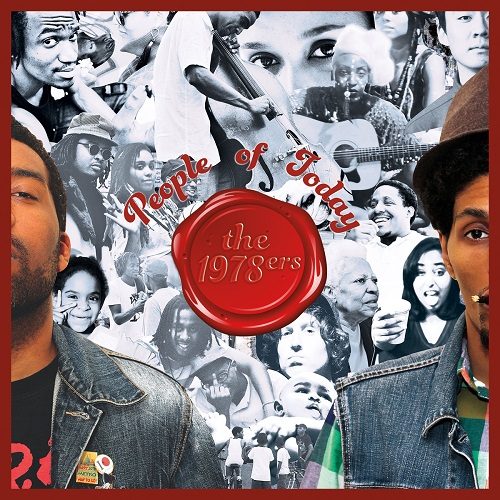 On my first go-around with the 1978ers I became singularly obsessed with the song “Act II” because of it sampling from the exact same source as the Masta Ace hip-hop classic “Music Man.” It probably wouldn’t bother anybody other than me given the two songs are almost 25 years apart, which means there’s an entire generation of rap fans younger than my copy of “Take a Look Around,” but that can now be said of almost any rap album I bought between the ages of 9 and 19. In other words if your birthdate came after January 1st, 1993 you don’t give a damn what “Act II” sourced – and maybe I shouldn’t either. Time to get past it and move on.

The 1978ers are composed of two highly talented hip-hop artists who have history individually and collectively. yU the 78er has rocked hip-hop both as a soloist and within the Diamond District crew. Slimkat has made his bones as a producer for yU as well as other artists both in and outside hip-hop (such as R&B singer Muhsinah). It probably would have been fair for this album to have been called “yU featuring Slimkat” or “yU the 78er with Slimkat” given he’s the voice of the group, but owing to the true collaborative nature of their partnership they chose a brand new name reflecting both their age and their attitude – The 1978ers.

I opened this review by talking about age and generation gaps between songs, but that wasn’t just because of “Music Man,” it’s because the artists and I have something in common – being born in the 1970’s but coming of age in the 80’s and 90’s. That’s not objectively superior to being born in any other hip-hop decade, because you would grow up with music you love no matter the era. I also try like hell to resist the tired “things were better when I was a kid” mentality – something I actually argued with my relatives about over Easter weekend. While I can remember a time before the internet when you actually had to go the library to enjoy albums, books and movies for free, I wouldn’t try to argue that it’s superior to the advantages of having a supercomputer in your pocket smarter than any NASA rocket. It’s possible the world was less polluted, but it was also less connected. I like the “People of Today” and hope the kids growing up with the advantages we didn’t have will go on to do great things. They’ll make the world a better place.

It’s hard for me to dislike the 1978ers because I feel that they are kindred spirits musically and lyrically. They are grounded in great hip-hop, but they are not limited by their past. They celebrate their maturity, but they don’t look down their noses at what hip-hop is now. They’re firmly rooted in the ground but still up-to-date and modern at the same time. “U Know How It Iz” looks like today’s cell phone lingo, but the piano backdrop and yU vocals bridge the generation gap.

“One minute in it to win it
And then when you done it you don’t even notice you did it
That’s because you been at great beginnings from intent alone
You focused yeah, when that success starts, man your vision’s hitting home
You sat down and gathered ’round to let you tell the tale
of how the boat set sail with you behind the wheel
Hope is just like the wind pushing the vessel
And that’s the thing that stands out to the folks that haven’t met you”

“Folks wanna pay when it is worth it” quips yU, and that’s the approach he and Slimkat have to hip-hop, which is a truly timeless and generation free way to be. When you strive to make the highest form of hip-hop, it doesn’t matter if you come from the same era as Run-D.M.C., The Roots, Reks or Run the Jewels. Tracks on “People of Today” like “Sacrilegeous” are lovingly constructed, building up slowly from a boom bap beat to church-like organs to a chorus that swells with soulful singing that will make you want to clap your hands or snap your fingers to the song. There are also miniature self-contained stories bridging several tracks, such as the three-part “Pre-Develop,” “Develop” and “Post-Develop (Where Are We Growing)” that’s a metaphor on multiple levels that only seems to be about photography unless you fail to read between the lines. The fact the trilogy invites closer examination without hitting you over the head with its point shows not just maturity but a welcome humility – not making listeners feel they’ve missed the point but gently pulling them along. “In the darkroom, is where my art blooms… even if I die I know this film will be surviving.” It’s there for you to grab.

I love hip-hop that makes you think without insulting your intelligence. “People of Today” is not a professor at a lectern making ponderous points – it’s as mellow as the record label they’re signed to would suggest. By the time you reach the end on “FAR” you’ve been on a journey you immediately want to go on a second time, which is just about the highest mark I can think of for a record. At the same time I can’t call it a perfect record, though that’s by no means suggesting it’s bad or flawed, only that songs like “Tryin’ Then Yall Say” hint that yU and Slimat are already great but could be even greater STILL. I’m going to reference The Roots for a second time because it reminds me of how I felt in the early 1990’s – I knew they were good and they just kept getting better. The 1978ers already have the needed maturity to make smart, soulful hip-hop for all ages – so they’re only going to get better from here.