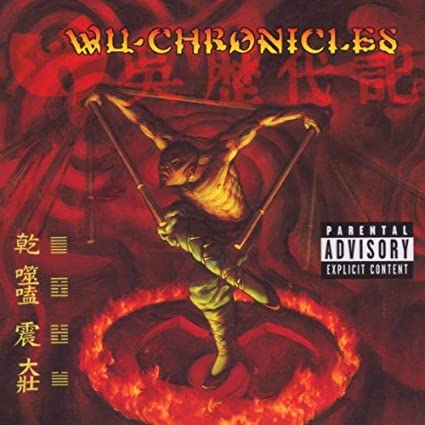 From their inception the Wu-Tang Clan were masters of marketing and self-promotion. The ubiquitous Wu-Tang logo was so beloved that they had to create a Wu Wear clothing brand just to meet the demand. Long gaps between group albums meant solo projects from Clan members flew off the shelves. Even the old kung-fu movies that the Wu sampled from were rebranded as “Wu-Tang Films” just to capitalize off their popularity and sell more VHS tapes (and eventually DVDs). Bootleg merchandise undoubtedly took some money out of their pockets, but wound up being its own form of viral marketing for the group as well. Rap fans were as thirsty as a fat man in the Saharan desert — even a full canteen couldn’t quench their desire.

Into this “Cold World” stepped RZA with 1999’s “Wu-Chronicles.” The idea was essentially the same as what the fans had already been doing for years up to that point — compiling Wu-Tang affiliated appearances from various sources into one playlist. Anything within the Wu’s reach was fair game. Even a legendary duet between Method Man and the late Notorious B.I.G. was licensed for inclusion, reinforcing the idea that “The What” was as much a Wu-Tang song as a Bad Boy one.

The album could easily have been filled with songs and remixes from their own projects, but going beyond that into the wider hip-hop diaspora proved the strength and popularity of the Clan. Even as the coastal rivalry between East and West raged through the 1990’s, Tha Alkaholiks were as beloved in NYC as the Clan was in Los Angeles, resulting in another collaboration just as legendary as Meth x Biggie: “Hip-Hop Drunkies” starring Ol’ Dirty Bastard.

The concept of “Wu-Chronicles” was so easy it should have been a layup, but unfortunately in several instances the ball smacked off the glass and came right back in their faces. The marginally important Wu-Syndicate’s “Latunza Hit” is an inclusion that’s both forgettable and regrettable. I don’t think anybody was clamoring for U-God, Inspectah Deck and Streetlife’s “Semi Automatic: Full Rap Metal Jacket” from the “High School High” soundtrack either. If you’re going to dig through the crates to unearth hidden gems, don’t pull out cubic zirconium instead. Even though Shyheim was the Wu’s young prodigy, he’s poorly served by one of RZA’s lesser beats on “Young Godz” and pretty much outshined by EVERY cameo appearance.

The album’s organization is a complete mess. The tracks are not sequences chronologically, geographically, regionally or even by degree of dopeness. The mediocre Shyheim track above is immediately followed by the stellar Mobb Deep song “Right Back at You” featuring Big Noyd, Ghostface Killah and Raekwon, burying the young god’s track six feet beneath the Earth. Historically interesting songs like 4th Disciple’s “96 Recreation Demo” are just that — HISTORICALLY interesting. The vocals sound like they were recorded on a Fisher Price “My First Microphone” and the production is incredibly unpolished. Putting it right next to a song like the Easy Mo Bee laced “The End” featuring Ras Kass and RZA is embarrassing.

Unfortunately this uneven assortment would turn out to be a theme for the “Wu-Chronicles” series, with “Chapter II” again failing to make the easy basket to win the game. When the fans of the Clan were making better mixtapes of the group’s work than they did themselves, perhaps it’s for the best that there was never a “Chapter III.”