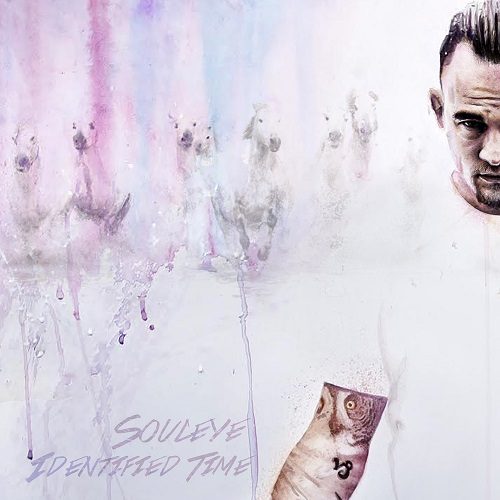 “Identified Time” by Souleye was… difficult. Reviewing a three-track EP wasn’t easy. But that’s largely, obviously and ironically because the very length of this particular extended play is a limiting factor in and of itself. Comprised of three three-minute songs, “Identified Time” is confined by its inability to break its monotony.

The 808/synth-heavy production exudes an atmospheric affectation, presumably to create fluid transitions between tracks, but it doesn’t take into consideration how such uniformity seems out-of-place on this EP. Souleye’s lyrics on here speak to themes of self-empowerment and spiritual connection. His flow and gravelly voice sound like and Americanized version of O-Jay from the dance-pop group The Real McCoy, which is fitting with the EDM influence on the production.

It starts with “Ready Now”, an earthy soundscape with echoing layered vocals started by a piano riff. The lyrics are abstract and the song is comprised of two verses, both concern a woman. Whether it’s a love interest or utilizing a woman as an extended metaphor, Souleye’s putting her on a pedestal in either case. The 808 drums propelling “Waiting For You” would be perfect for any trap music rapper.

As it progresses it occurs to me that it would be just as suitable for night clubs specializing in EDM music. The lyrics for this track focus on knowledge of self and empowerment. The third and final track is “Way Back”. Perhaps the least lyrical of the three, the track is a vague message for following your own lead. The beat begins and ends with drums different from the previous tracks. The way this track started off gave it a portent of menace that ultimately fell flat.

I wish I had more to go on with this EP. In fact, a standard should be established requiring an album to have a minimum of six tracks to qualify as an EP. Another listener can make of it what they will, but this EP was far too short to easily command my full attention. It wasn’t impossible. Just difficult.