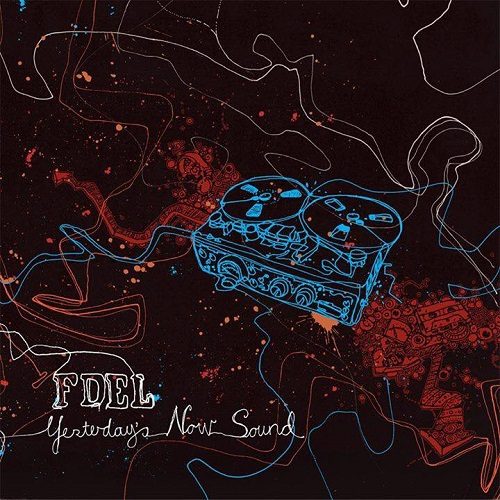 Fdel (pronounced Fedel) is an Australian producer whose music draws upon the 1988-1992 era of Hip-Hop rather than the usual 1993-1996 era that countless artists wish to re-enact. Imagine Gang Starr’s “DWYCK” stretched out in to a full album and you’ll get the idea of how this record sounds, except it’s much more than that. “Yesterday’s Now Sound” is clearly inspired by the sound of yesterday, but it still sounds fresh. And yes kids, I did use the term ‘fresh’ to describe a rap album in 2015.

The track that caught my attention initially was “Superstar”, a track that manages to not only emulate the likes of “DWYCK”, but it feels like the modern equivalent. Lightheaded (Braille, Ohmega Watts, Ozay Moore) provide the rhymes and keep things simple and snappy – it’s just a shame that the rest of the record never quite matches up to the great start. Lyrics Born is likely to be the name listeners will recognise on the EP, and he ends up being the only other artist to bring the right amount of energy to Fdel’s finger-snapping instrumentals.

“How Lucky Am I” has a Wacky Races vibe to the melody, and possesses Lyrics’ trademark off-kilter style while throwing down a positive message all about how appreciative he is of his current partner. The sole instrumental comes in the form of “Get Live” with the obligatory “Come on y’all, get live get down” snippet from Common, and it’s a real treat. It showcases Fdel’s talents more than any of the other songs and as somebody who usually struggles with instrumental Hip-Hop, the four minutes fly by each time.

The lesser known contributors fare less well unfortunately. Raashan Ahmad doesn’t have enough character for “Mellow Relax” to work beyond its cheery disposition. Rae (not Raekwon) takes a stab at crooning on “Let It Go”, which evokes memories of countless hours spent watching Frozen with my daughter. Singing ‘let it go’ is something that can’t really be undertaken without comparisons to the anthem for three-year old girls and feels like a waste of a smooth beat.

Fdel doesn’t really put a foot wrong on “Yesterday’s Now Sound” – if his next project can match his skills with vocalists that are in the same league, more consistently, I’ll be listening to his sound today, tomorrow and countless days after that.