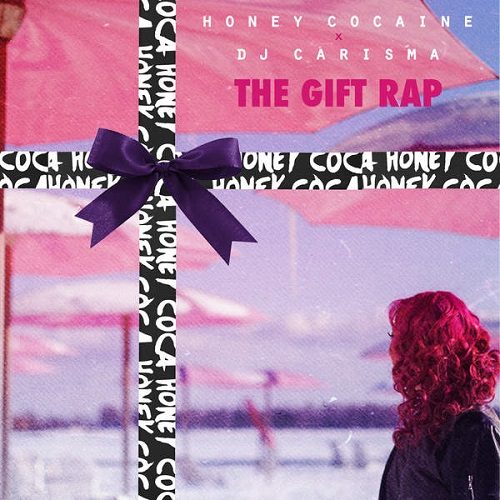 Honey Cocaine is the latest in a line of female rappers, putting their own spin on the current bass-heavy style of Hip-Hop. Whatever your opinions of Iggy Azalea and Nicki Minaj, there’s no denying that their music is sonically refined and some of the best pop music in the charts. Where Iggy had T.I. in her corner and Nicki had Weezy and pals, Honey comes courtesy of Lil B. Only joking – she was actually put on by Tyga, who collaborated with her a few years ago, but hasn’t been linked with her lately.

This appears to be a good thing, as Honey has struck out and carved out her own identity as a potty-mouthed temptress – the type of woman you wouldn’t want your mother to know about, but your dad would hi-five you for. Most importantly, Honey already sounds like the final product. While the likes of Lore’l and Nina Macc have an awkward presence in videos and a stilted flow showing they are still learning their craft, Ms. Cocaine is constantly throwing out projects that seem to get better each time.

Honey challenges various taboos, not just here but throughout her earlier work too. She often drops the n-bomb, despite being Canadian, and of Cambodian descent. Check out any of her YouTube videos and discussion often dwells on this. Thankfully the rest of Honey’s image holds up well, presenting a commanding tone on “Done Done” that also remains feminine, something that many female rappers struggle with.

Considering how masculine many sound, Honey maintains a solid balance between tough and pretty that few can pull off. The sexual themes of “Sundae” play out like a hardcore version of Craig David’s “7 Days”. There’s some examples of Honey’s versatility too on “1 Time”, with some catchy singing on the hook. She even delivers her ‘boy problems’ in such an authoritative manner that you’re always aware that she is the one in control. Pussy is power, after all.

If you’re the type of person who watches pornography and wonders what the lady’s parents would think, you’ll face a similar scenario with Honey’s music (particularly if you watch her videos). She does spend “The Gift Rap” talking about money and how street she is, and for the most part, it feels genuine. Honey isn’t saying anything poignant or thought-provoking, delivering a record not far from Kid Ink’s best – unabashed ignorance that feels wrong, yet so right. “The Gift Rap” is her most accessible work and should be the crucial link between her darker mixtapes and an inevitable arrival on the big stage. Coupled with DJ Carisma’s softer Mustard-ish production, this EP shows that the women are certainly “running thangs” in Hip-Hop right now.