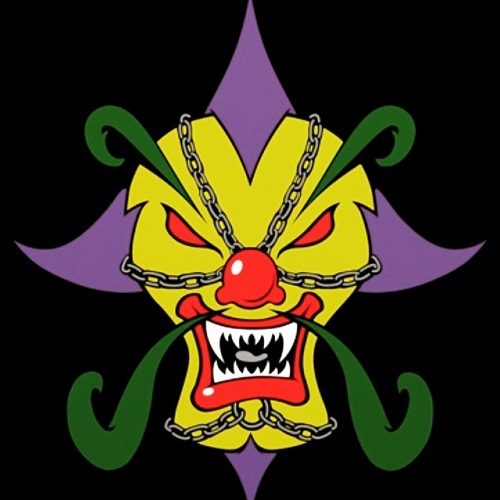 To review an ICP album is to admit that I both respect what they’ve achieved while simultaneously not being able to understand the mythos they’ve built up around it. If you’re not a Juggalo it’s probably impossible to, but unlike the misguided members of law enforcement I won’t refer to them as a gang or a cult. “Juggalos” are just really supportive fans, the kind who are likely to have all 35 or more of ICP’s albums, and probably a few bootleg concert recordings. Even if you stick to “studio albums” this is the 14th, which is a financial investment any way you slice it. They’re likely to have the Hatchet Warrior tattooed on their body somewhere, or a decal for the logo in their car’s rear window, or a slew of their merchandise featuring it (hats, t-shirts, posters, and anything you can think of). They’ve probably been to the Gathering at least once if not multiple times. I respect that kind of dedication, and I respect ICP for building up a worldwide fanbase that’s that appreciative of everything they do. In fact in the day and age where it’s incredibly easy to bootleg almost any album before it’s even released, the loyalty of Juggalos is a testament to recording artists of how to succeed in the internet age.

As for me I’m not a Juggalo by any definition you could name, and the clearest indication of that is that “The Tempest” is the last ICP album I bought – over eight years ago. I’m just not that committed to their work, I’ve never been sucked into the mythos surrounding the “Carnival,” and if I attempted to explain it I’m pretty sure that I’d upset a hardcore fan by how inaccurate it would be. Therefore I won’t even begin to do so, because in the aforementioned internet age, there’s no shortage of ICP fan sites and official resources to help you sort it all out. I’m told that “The Marvelous Missing Link (Found)” is “the second part of the 3rd Joker Card in the second deck of the Dark Carnival Saga.” I’ll just accept that what that means is that this album is part of a larger story, spread out over multiple albums, grouped into multiple series. The good news is that if you’re not hardcore enough to own all the albums and see how they all connect together, the bar for entry into ICP’s discography is pretty low. They like to drink, they like to party, they like to smoke, and they like to f@$#. Take “Pineapple Pizza” for example:

Violent J: “I met a girl named Cindy, she was fine
She liked to get drunk on red wine
She had cinnamon flavored lipstick
When she blew me it burned my dipstick
But she was funny, and she was nice
I hit it the first day and f#%@$d her twice
She took me home, and locked the door
and played old s#%t from Al B. Sure
Pineapple pizza and Faygo red pop
She shut the shades, and checked the deadlock
Somebody knocked on the door all night
but we laid low, and killed the light
They kept knockin and finally split
She broke out with her own sex kit
Freaky toys, but I was straight
Cause I can make my own d#%$ vibrate!”

As it turns out his partner Shaggy 2 Dope was the one knocking on the door, and loudly complains “I’ve been deceived/I even paid for that b@%$#’s weave!” They don’t let Cindy come between them though. Shaggy 2 Dope and Violent J are as well met as any two rappers can be in the hip-hop industry, and they come together to complain that they don’t even like pineapple pizza, and Al B. Sure is a one hit wonder. That’s part of the secret of their success – the bond of brothership they show through all of their narratives, and one which they encourage their Juggalo fans to share with each other. The curious thing is that bond now seems to include God too, and Christianity isn’t something you would normally associate with these self-admitted hellraisers. Nevertheless both the intro and “Found” express a deep abiding respect for spirituality, which may just be a sign the duo are changing as mellowing (slightly) as they mature.

“I don’t wanna fear death and I don’t wanna fear Hell
I wanna sleep at night, knowing my soul is well
I’m not an atheist, I believe in the magic
This career – I believe God let me have it
I found my +Missing Link+ and I’m shining
Other still trying, the hill they climbing
I know my soul is content and free
How could I have worry when I hold the key?”

I never imagined I’d ever hear a song from ICP professing their belief in anything other than the next party they can attend and p#%@y they can tap, but I’m going to take this confession at face value even as it stands next to songs like “Get Clowned.” This track is more like what you’d expect from the group, bragging about being off their meds and prison rape, whooping the asses of their haters, and laughing in the face of probation officers. Unbridled hedonism is part and parcel of their appeal, even if the lyrics describing it border on being insanely simplistic. It’s not as though ICP couldn’t try to write a thoughtful song, it’s just that when they do it turns into a “Miracles” style internet meme. Even then it only helped Shaggy 2 Dope and Violent J’s bottom line, because the more people thought they were laughing at the absurd odes to rainbows and magnets, the group was simply laughing all the way to the bank at the publicity helping their album sales.

What more can be said about “Missing Link” then? Well there’s the production, which is handled by Kuma, Otis, Mike P and Seven – the latter of Strange Music and Tech N9ne fame. Having not heard the entire ICP catalog I can’t say with 100% certainty that this is the best they’ve ever done, but having Seven on board is clearly a win for the team. That signature Tech sound comes across on the aforementioned “Get Clowned” as well as “OK,” “Time” and the surprisingly kayfabe breaking track “The Midway.” Carnivals rarely admit their games are rigged, but on this song Violent J and Shaggy 2 Dope take pride in the fact you’ll spend all your money to win prizes that are so cheaply made they won’t even last a day.

In the end that’s the other factor in their appeal – their willingness to adopt every aspect of the carnival/circus/clown sideshow in their personas and express it through rap. If you’re going to be a gimmick, go all the way with it, and ICP certainly does. Still it’s the mellow tracks like the Otis produced “I’m Sweet” that surprise me the most. Excessive profanity aside, it’s an ode of loyalty to friends and fans, vowing to fight bullies and jump into a 21-on-1 fight to save a down ass Juggalo. Even though I don’t always understand the story they tell, and I don’t think they’ll go down as the best rappers of all time, I dig the camraderie they express for their loyal fans that the Juggalos give them right back. A toast to ICP – who are “Found” but have never lost the love they get from millions of supporters worldwide.