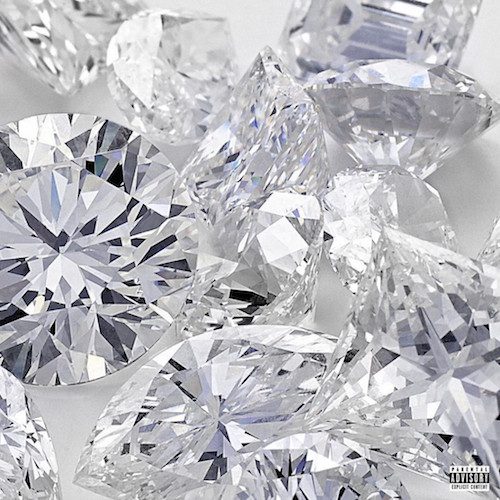 Drake & Future :: What a Time to Be Alive

It’s all about streams now. Yes there are sales projections for “What a Time to Be Alive” that predict it potentially selling more than “Watch the Throne” in the first week. The similarities are there – the two leading lights of their respective genres coming together on a collaborative project, with the cross-pollination of hip hop and R&B covering multiple bases. But Drake already sings and Future already raps – so WATTBA ends up genuinely being more of a slightly jarring mixtape than an album, and one that you can stream, too. Fortunately, it weighs in at an extremely lean forty minutes (with just eleven tracks) and it manages an enviable level of consistency throughout, meaning that the replay value should see most fans through for a good few weeks at least. While the template is more “Best of Both Worlds” with a clear-eyed Drake taking the Jigga role, Future is (thankfully) nowhere near as insane as R. Kelly turned out to be.

There are few genuinely classic moments on offer, but it’s a deceptively intricate tape. Apparent criticism from certain quarters revolves around WATTBA allegedly only have taken six days to come to fruition – yet Jay-Z recorded the vast majority of “The Blueprint” in two or three. When artists are in the zone, they can conjure up relative greatness at will, tapping into that universal energy that most will only get a glimpse of throughout their careers. Future, it must be said, clearly knows how to knock out a tune – Drake described him as being able to “outwork anyone right now.” It’s easy to forget that these two had a brief beef just two years ago, so for them to have reconciled and actually have put something concrete out on can only be a good thing. Dear Reader, the chances are you know pretty much everything there is to know about Drake – but what of Future?

First off, if your ears are untrained to his mumbling robotic voice, don’t worry – it gets better with time, even if you probably need subtitles to start with. WATTBA is arguably slanted in his favour, with Drake making more concessions to fit into Future’s world. The Atlanta native comes from the right stock – his first cousin is part of The Dungeon Family (and more crucially, producers Organized Noize) – and he’s assisted by a young producer who has already worked with the two leads. Metro Boomin provides production on seven of the eleven songs, with Southside putting in some sterling work too. The first spin honestly isn’t all that impressive, and for once you can’t blame Twitter for the lukewarm reaction. However, give it a week and the masses will have more affection for WATTBA.

This is wonderfully transient, a truly du jour mixtape that isn’t designed to last the ages – it’s got a shelf life, and it’s clearly for a younger crowd. I mean shit, there’s a stripper anthem on here (I didn’t even know major artists still even bother with that) and a song with the chorus “Jump man! Jump man! Jump man! Jump man! Jump man!” Perhaps Drake is being driven by his current work with Apple Music to put out more produce in new and interesting ways – whereas “Watch the Throne” was the result of countless recording sessions, arguments and gloss, “What a Time to Be Alive” has instant chemistry, they’ve not over-thought it, nor overproduced it. It’s not supposed to last the ages, just add to the rest of your 2015.

The opening is predictably strong, with “Digital Dash” and “Big Rings” providing the necessary “Energy” to suck you in. It’s followed by the social commentary of “Live From the Gutter” and the weird shade-throwing of “Diamonds Dancing” (the outro is a must listen, see if you can figure out who Drake is talking about). The middle core is more variable, with “Scholarships” and “I’m the Plug” hitting the mark; “Plastic Bag” and “Change Locations” possibly being a touch too targeted.

The only solo joints are the closing “30 For 30 Freestyle” with Drake and Noah “40” Shebib performing their usual double act, and Future’s “Jersey”. The Canadian MC packs multiple subliminals in his mysterious manner over lush pianos, and it’s fitting that the bigger of the two stars ends up with the final say; the penultimate song is more interestingly lyrically than musically, and perhaps being (unfortunately for Future) one of the slightly weaker songs on display. Other than that, it’s an interesting mix of styles, with the two seamlessly blending, trading off one another and providing an interesting experience. Songs like “Live From the Gutter” end up straddling the terms ‘album’ and ‘mixtape’ – simultaneously being both and neither, with WATTBA sounding more like an extended EP (yes, an extended extended play).

There are times when they are both locked on to the flow and feel, yet somehow little on here is truly magnificent – it’s all simply fun to consume for a while. And maybe that’s the whole point – Apple Music is the product being pushed here. The ethos, the exclusivity, the $9.99 monthly feeâ€¦ It’s all part of a bigger plan. Let me fill you in on a little secret, dear Reader. Back in 2003/04, I wrote my dissertation at university (college for you Americans). Graduating in business, but with music already giving me a career path afterwards, I decided to write it about “The Future of Music” – back then, pirate sites reigned supreme. Looking at various revenue streams and possible legal avenues to get consumers to purchase music – almost all these ideas were being unilaterally ignored by every major label, who all had their heads buried deep in the sand – I came to one conclusion. Yes, there would be a period of time when the purchase of CD’s would transition to people buying MP3 albums, but the real catch-all solution was a monthly unlimited subscription (at a reasonable amount like $10) which, along with other utility bills, would just be accepted as an “essential” monthly payment for your average music lover (plus could end up saving money, as the fee would be less than the price of a solitary album purchase).

And that’s what Apple and Drake are trying to get consumers to sign up to. Why buy “What a Time to Be Alive” for $9.99 and receive eleven songs, when you could sign up to Apple Music for a month, and have unlimited access to pretty much all the music ever created for a similar fee? Not to mention curated playlists, and other exclusive content. This isn’t me trying to get you to sign up, nor prove that I was some sort of Nostradamus-like genius at university – it’s simply to frame exactly WHY WATTBA has come into official existence, when it ordinarily wouldn’t have made it past the initial label discussions. Companies like Tidal, Spotify, Google Play Music and now Apple are battling for your ears/money, to rope you into their ecosystem through content like this. The artists now don’t have to worry about their precious work getting pirated as much, and even if the amount they get paid per stream seems ridiculously low, the more people that legally spin them, the more they get paid – it is in the interests of Drake and Future to get more content out there, to do it in innovate ways, and to appeal to each other’s fan bases. This is a decent mixtape that you’ll happily spin for up to a fortnight, I reckon. But it’s a hook. It’s a sample to get you addicted. The convergence of art, technology and commerce: what a time to be alive.