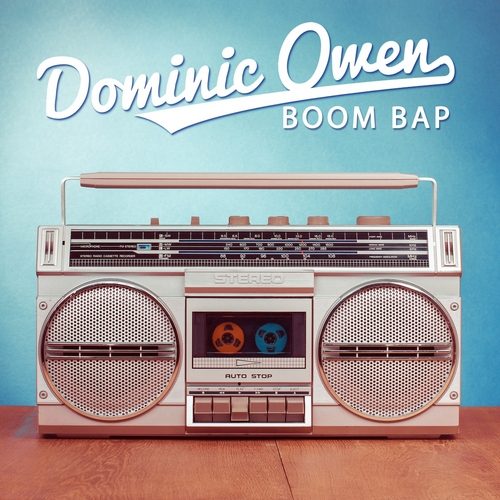 The production credit is one of the most uncertain things in hip-hop music. Both for the listener interested to know whose good ears and guiding hands were responsible for the creation of a particular piece of music, and for the producer himself, who can never be quite sure if in the end he will be properly credited and/or compensated. For example, I’ve heard plenty of stories from European producers who sent their beat CDs off on an uncertain journey and months or years later spotted their music on American retail releases, their only consolation being that their work had been accepted across the big pond. More than one short changed producer has stated that he wrote off being robbed in such a way as part of paying dues.

But the uncertainty of the production credit has more aspects. To begin with, in hip-hop there exist two conflicting definitions of the producer. There’s the producer in the typical hip-hop sense, who builds his tracks single-handedly, at the most reliant on audio professionals to put the finishing touches on the product. And there’s the producer in the traditional music business sense, who directs the recording process and literally calls the tune. If both types are involved in the genesis of the same track, there’s a good chance that the one with the bigger name gets the credit. Political or economical reasons can dictate the mention of a certain name in favor of another. Sometimes a group is credited when in reality one person was chiefly responsible. Both versions can be accurate. Which one you prefer depends on how broad or narrow your definition of the term is. In short, we shouldn’t take every given production credit at face value.

Still for many years the production credit found in CD booklets was an integral part of a rap fan’s listening experience, and in recent times the production credit has quite naturally found its way into audio file names, evidence of the attention that is given to the producer in hip-hop. Typically we’re drawn by the big names, the ones with the proven track records, but sometimes we’re compelled to take notice of an unknown name and give credit where credit is due, even if we may take the actual production credit with a grain of salt. One among many, the name Darnell Scott caught my attention a long time ago when I first checked who was responsible for the gripping “Things Done Changed” by The Notorious B.I.G. But since I didn’t hear from him in the following years, the name slowly faded from my memory. So when I read about the return of the guy who produced “Things Done Changed,” I was all ears. Only that now his name was Dominic Owen…

A name I was even less familiar with than Darnell Scott. Things get only more complicated from here on. The album that features “Things Done Changed,” “Ready to Die,” has ceased to be available in its original form. Bridgeport Music, habitual beneficiary of musical copyrights that rap acts couldn’t resist infringing in the past, successfully protested copyright violation, to the effect that more recent editions of the album are missing the disputed musical elements (affected are 3 songs, but not “Things Done Changed”). Curiously, it is also in later editions of “Ready to Die” that the Darnell Scott production credit is supplemented – with the names Kevin Scott and Dominic Owens. Likely unrelated to sampling clearance issues, the singular credit was probably contested and subsequently corrected. Apparently Darnell Scott was assisted in the production of “Things Done Changed” by a Kevin Scott and someone, as it now turns out, the record company misspelled as Dominic Owens. This is all extrapolation, but it’s one way to get closer to the truth because when Dominic Owen himself retraces his claim to fame – the production for “Things Done Changed” – there’s no mention of anybody named Scott.

But he does mention Hi-Class Productions in Brownsville, Brooklyn, a facility/company that indeed seems to have been run by a Kevin Scott. Dominic Owen started working there in 1993, after initially interning for accomplished producer (and fellow England native) Howie Tee, under whose tutelage he was able to contribute to Little Shawn’s “The Voice in the Mirror.” As Little Shawn was picking beats for his sophomore effort (slated to be released on Uptown Records), Sean ‘Puffy’ Combs secured two Dominic Owen beats for his new protege Biggie Smalls, with whom he would begin the Bad Boy saga. Subsequently Owen also, according to himself, ‘produced and wrote songs for Rakim, PMD, Lil’ Kim, Anthony Hamilton, Damage, Nonchalant as well as other local and international artists.’ Before returning to the UK, he had a hand in the utterly redundant but likely lucrative Jay-Z-penned Bugs Bunny song “Buggin'” on the “Space Jam” soundtrack.

Like other hip-hop-minded musicians on the UK side, Dominic Owen has few reservations about venturing beyond his turf. A quick glance at his instrumental projects reveals a versatile music producer, whose skills are even in demand in TV and advertising. “Boom Bap” then perhaps can be seen as a return to the roots, although to be precise his roots reach as far back as the second half of the 1980s, when he played an active part in the nascent Notthingham hip-hop scene, recording as DJ Quick (with rapper Fizal Eff) and providing a platform for local rap acts via Sing A Song Records.

The 2014 project “Boom Bap” touches down at various points in 1990s hip-hop, reflecting not necessarily hip-hop production for professional rappers, but instrumental hip-hop under the influence of D.I.T.C. and everybody else who preferably mines the jazz section for loops. Some tracks harken back to acid jazz scene of the early ’90s and Geoff Wilkinson’s Us3, some recall the works of Lord Finesse, Shawn J. Period, or Ski. Yet while this is oft-tread territory, the undertaking is not without risks. Beatmakers (especially the more conservative type) often forego the jamming and improvisational aspects of jazz and therefore could be accused of denying jazz its soul. But it’s not so simple. On one hand, Owen dissects his sources with surgical precision. The tracks are so finely tuned that one gets the impression of music that has been created under laboratory conditions. But if sampling was strictly about capturing a certain sound, it wouldn’t have attracted so many creative minds. The tracks on “Boom Bap” (whether the title is apt is another question) groove in an old fashioned manner and entice with vintage sounds. But they are also an homage to past (African-American) music with the means of hip-hop.

And hip-hop has its own rules (which it frequently makes up on the go). Ultimately the ten tracks on “Boom Bap” are compositions of their own, regardless of how many different components they’re made of. Even if you’d find out Owen extracted longer passages, it wouldn’t change anything about the craft at work here. Just as importantly, he’s mindful of the humor und poetry of his influences. Practically every track features a wind instrument playing a complimentary lead, and when Owen concludes one composition with the quote “All the musicians on this show are old men who play trumpet,” it’s a wonderful moment of self-mockery. Opener “Peace & Harmony” makes its philosophical statement not with esoteric-spheric sounds but with a laid-back but convincing chugging rhythm. Once the scratching comes in, there’s even place for an old rap standard – Kurtis Blow’s “So damn tough!” Not to mention the highly engaging “Brothers Gonna Get Up There,” which infuses the call-and-response chants of the swing era with a sly political undertone.

Vocal samples play a prominent role, occasionally almost too dominantly. “Trouble” is one example where theatrical movie samples distract from the music. “Beer & Whisky,” a beatnik of a beat on its way somewhere between the Indian subcontinent and Middle America, could also do without the disjointed vocal snippets. Thankfully the majority of the tracks focus on capturing a certain mood, achieved perfectly for example by the orchestral “The Honey Sucker” or “Harlem Kicks” and “Brownsville Blues,” both not just by name rooted in a time and a place. A break from the musical routine offers “Mama (Look At Me)”, a timeless testament to parental pride.

So does “Boom Bap” in any way add up to “Things Done Changed?” It does, if the question is if we could imagine Dominic Owen having produced one of the genre’s most accomplished album openers (ignoring for a moment “Ready to Die”‘s life-reviewing “Intro”). There’s a chance that Owen’s original beat differed from the published version (he mentions it containing also ‘the same sample Easy Mo Bee used in “Warning,” “Walk on By”‘). Still we can establish that he can take some of the credit for it. “Boom Bap” is not a trip back into that time with blinders on (despite the closer being called “Back in the 95”), it is simply playful and gratifying hip-hop that might please those bemoaning the lack of complexity and diversity in modern music.