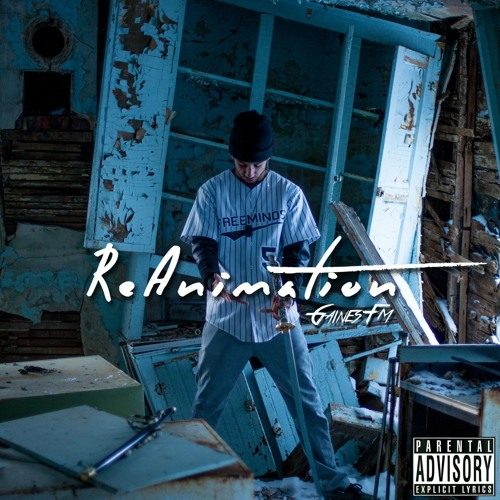 The dichotomy of being a rapper from Minneapolis is that the Rhymesayers collective is so predominant you are either affiliated with it or compared to it to an almost inescapable degree. It’s the same trap you’re going to be in if you’re a soul or funk artist from Minneapolis – you’ll automatically be compared to Prince. You either have to embrace the “Minneapolis sound” or rebel against it as hard and as loud as you can to create an identity separate from it.

Ostensibly that rebellion is what FreeMinds artist wants to offer us on his “ReAnimation” album due out January 25th. He’s been on the scene since his first mixtape dropped in 2007, and perhaps it’s a little funny given what’s already been discussed in the first paragraph that he called it “Purple.” Since then he’s been developing his sound to stand out from his peers, which again comes across on the somewhat ironically titled “Zombie.” The title implies mindlessly shuffling forward toward a goal, little more than a walking corpse, but GainesFM isn’t a member of The Walking Dead – he’s the one that the walkers fear.

“I don’t give a s–t about concordes, I don’t give a f#%# about Tom Ford
Niggaz buyin s–t that they can’t afford, everyone a zombie now I’m bored
I’m the nigga in my city that you can’t ignore
Clutch as hell – what you panic for?
One stop for you blood claats when the sun drops
You forgot bitch, I’m hotter than the planet’s core”

Gaines relentlessly mocks other rappers in the song, ultimately conclusing that “everybody in the world is a poseur,” but he can’t completely escape the criticism that it is just as cliche for underground rappers to mock commercially successful ones as phony. If you’re going to wear the holier-than-thou underground emcee as your personality though, you might as well go as hard with it as you can. “FYL” ups the ante by declaring himself “independent like July 4th,” then mocking the whole “ride or die” mentality while simultaneously seeming to promote it – you have to ignore the chorus and read between the lines to get his intent and that of his guest Devo – who makes the bold choice to mock Tupac on “Hail Mary” at the song’s end.

Speaking of guests, one of the ways that Gaines can separate himself from the Rhymesayers and their Twin Cities dominance is to not have any of them on his album. In fact I have to admit I know even less about his peers on this album than I do about Gaines, and I wouldn’t know who he is without the press release for this CD. I dig the nerdy meets Odd Future flow of Finding Noyvon on “Till the World Is Mine” though, and the singing of The Crxsh on “Machine Dreams.” Incidentally when and where did this trend of replacing vowels in names with “V” or “X” begin? I see it everywhere now but I can’t really pinpoint when it started or why it’s so fashionable now.

Gaines doesn’t completely separate himself from his peers or from the industry on “ReAnimation,” which is refreshing on songs like “Hangover,” sounding like the natural follow up to Kendrick Lamar’s “Swimming Pools.” It’s a pretty funny song – one minute he’s bragging about his excesses because “I learned No Limits like Master P” and then a couple of bars later admitting he overdid it and swearing off drinking ever again. He wavers back and forth between the extremes, getting “faded and dehydrated” but then he can’t resist going out to do it all over again. It’s addictive behavior, but it’s also humanizing, because Gaines isn’t trying to prove he’s so much better than everybody else – just the other rappers on the scene he wants to be an alternative to.

One other thing makes Gaines stand out that I didn’t feel like mentioning until the closing paragraph because I didn’t want it to be the focal point of the review – his mom is white and his dad is African-American. I was a bit thrown by how much he threw around the N word early in the album given he sounds more like Eminem than Brother J, but reading his bio makes it clear he split his time between his divorced parents – half in the cities and half in the suburbs. It accounts for him for lack of a better phrase “sounding white” at times, but it’s not detrimental to his flow or his style. It’s just initially disconcerting and takes some getting used to, and if you only heard his vocals without knowing his bio you might even be a little bit offended. In the end that may be a bigger obstacle to overcome than the self-proclaimed one in his press sheet to be from Minneapolis but not be just another Rhymesayers wannabe.