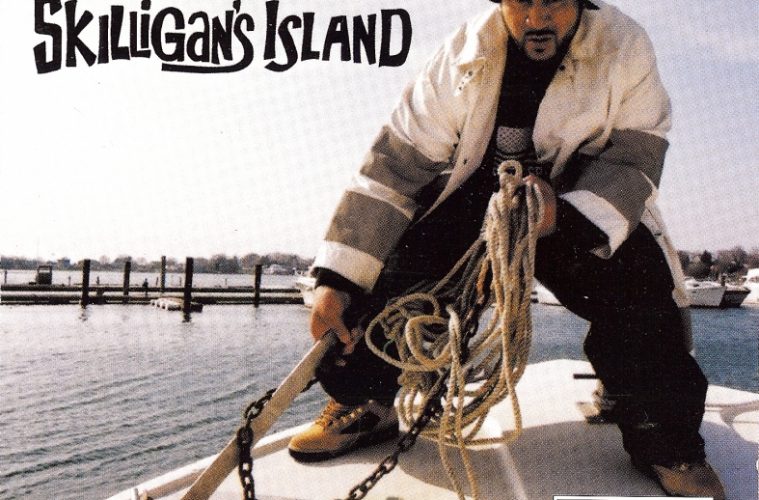 Thirstin Howl III is one of the biggest paradoxes in underground hip-hop today. On a strictly lyrical level, he is one of the funniest rhyme writers in the whole business. Cuts like his punchline manifesto “Brooklyn Hard Rock,” a voyeursistic view of lesbian sex called “I Wanna Watch” and his ethnic heritage/favorite wears joint “The Polo Rican” give him a reputation most struggling MC’s would kill for. The dissapointing part about this is that he’s a perennial contest winner for most terrible flow in all of rap. Anybody who didn’t like Big Pun’s breath control that hasn’t heard Howl before will be amazed a rapper who weighs one-fourth as much could be four times WORSE on the mic (one love to Pun though, he’s still a rhyming hero).

Perversely Howl’s inability to resemble anything called a flow is often why his records work so well. Since he can’t really stick to a beat and his vocal tone is that of a man straining to talk while lifting a heavy suitcase, the emphasis on his comedic snaps is second to none. Given a good beat to rap over and something to expound on over it, Howl’s non-rapping ass is still one of the most enjoyable in the business. Anybody else with his style who wasn’t funny would be out of work QUICK, but Howl routinely spits lines that make you smile, chuckle, or just outright bust a gut laughing. The raunchy update of a Biggie underground classic retitled “Dreams of Fucking a Cartoon Bitch” is the perfect example:

“Little Mermaid!! Her bra made of shells
I know the pussy good, but I’m not trustin the smell!
Olive Oyl starving, don’t even start me
Wilma and Betty wear the same shit to every party
Barbie’s got it all, she can have my seed
The Powerpuff Girls got they name smokin weed!!”

Several things are surprising about this album; most notably the fact it can actually be found in any major retail outlet coast to coast. To date Howl’s fame has been built from guest appearances on albums like “Soundbombing 2” and exploited with self-produced CD’s only sold through indie websites like Sandbox Automatic. This album on the other hand can be found at any Tower or Sam Goody near you, thanks to his landing a distribution deal with LandSpeed Records. This also means that unlike the sometimes shoddy quality of previous homemade Howl discs, this is a professionally produced CD complete in a full gem case with liner notes. Ultimately Howl’s having the last laugh on us, because despite all of his shortcomings in rap ability he’s moving beyond indie status to blow up in hip-hop; perhaps even crossing over to mainstream on the strength of his comedy. Why not? After all, it worked for Eminem.

Speaking of which, you can find the fellow punchline rapper appearing on the song “Watch Deez,” and this is where long-time Howl fans might have a problem with this album. Don’t get it twisted – the DJ Spinna produced cut is a great song and one of Howl’s finest songs to date; HOWEVER, it’s already been released twice — once on Spinna’s own wax and once on Howl’s own self-released “Skillosopher” LP. In fact, at least eight of the songs on “Skilligan’s Island” have appeared on previous Howl projects or singles. Those Howl fans who were suprised to find this CD in stores and expected a full album of new material will be sorely dissapointed. On the other hand, the professional mastering of this CD exceeds the quality of those previous homemade releases, and the repeat songs included like “How Many Babee Movas” and “Brooklyn Hard Rock Pt. 2” are among his best. Whether old or new, Howl’s self-deprecating comedic honesty keeps showing up on songs like “I Still Live With My Moms” and “John They’re Stealing.”

Speaking of trademarks, many RapReview fans already know mine by now: what’s the bottom line? In this case, it’s that quality beats raise Howl’s stature, and the huge CAJONES he displays in fearless guffaw-inspiring snaps over these good beats make the album work. On technical ability alone Howl would be in the bottom 1/3rd of all rappers with CD’s in stores today, but thanks to his wit this album is on hit. If you can stand his flow, you’ll enjoy a head-nodding comedic album. The formerly underground rapper has hit the big time in a big way, with a professional CD and a brand new website to promote him and his crew. The latter is really the only thing here I have to bitch about – the rapper who has written hundreds of rhymes about how poor and broke he is launched a hyperspace portal that’s so intensive and high-powered that anybody still on Windows 95 should give up hope now. Many of those same fans he cultivated with homemade albums will now feel left behind by the huge technology gap leap the Flash intensive website SpitFactory Online has, and that’s a damn shame.