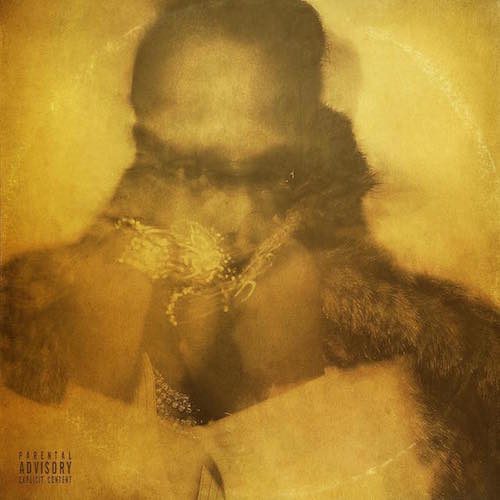 There was once a time where Atlanta rapper Future reigned supreme in hip hop. With a slew of mixtapes such as “Monster” and “56 Nights” and the number one album “DS2” all released in the same relatively short timeframe, Future was king of the rap castle. This success was not only shown in sales stats and concert attendance but, much more tellingly, it was documented by the obvious influence Future had on many of his younger fellow Atlanta emcees. It would seem that Future may be gearing up for a similar takeover now, with this LP, “FUTURE”, and one that followed it just a week later, “HNDRXXX”, out and buzzing around the hip hop scene. If he does reach the success he found in 2015, however, it will come as a bit of a surprise and as relatively undeserving considering the lack of quality that makes up “FUTURE”.

The brutally honest fact about this album is that with the exception of “Mask Off” it never even commands or warrants more than distant background listen. “Mask Off” presents Future rapping slightly less aimlessly than usual over a rather delightful woodwind-filled beat (courtesy of Metro Boomin) while telling of his journey from nothing to something. While this is not done in a particularly compelling fashion in terms of lyrics, it is a fairly enjoyable listen.

The troubles with this album, however, are repeated time and time again track after track. This is all very well captured on “Draco”, a track that brags of drugs, chains and stealing your girl in the blandest way possible. For example, these lines are from the song’s second verse:

And the chorus of the song is climaxed by the repeating of the line, “You ain’t never get your b—h back.” Yes, that may have some significance in the form of a shot at Scottie Pippen or someone else in Future’s viewfinder but honestly, does anyone care? Meanwhile, a nervous set of what sound like Windows 95 sound effects swirls around the background of the track amidst some slightly overly-aggressive drums.

Unfortunately, this is all too often the reality of “FUTURE” with lyrics that are rushed, beats that don’t quite stack up and general themes that do nothing to impress. Now this is not to say that projects Future released at the height of his success were anywhere near perfect – in fact they were plagued by many of the same problems – but those projects still contained a handful of tracks that at least gave off the feel of Future’s world in a way that no one else could do it. They were also much better produced, such as the first three tracks off “DS2”.

The other sorely missed quality on “FUTURE” is decent songwriting. There are many who consider Future to be one of the rap game’s top talents in this category and he has showcased proof of it to some degree in the past. None of that is found here, however, as the rapper simply smashes together bars and beats like he’s making a musical omelette.

On his new self-titled album Future loses sight of qualities that made his last run at the top a memorable one. He may achieve commercial greatness again with this project and the projects that follow or will follow it closely, but he does not deserve any real critical validation this time around.