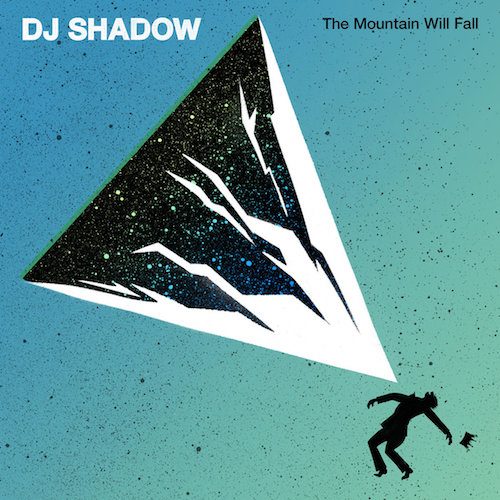 DJ Shadow :: The Mountain Will Fall

DJ Shadow’s 1996 debut “…Endtroducing” is one of the greatest albums of all time. I don’t just mean it is up there with “Illmatic” or “Ready To Die,” but it is up there with “Kind of Blue” and “A Love Supreme.” It stands up there with the work the Bomb Squad was doing at the turn of the 80s as the apex of sample-based music. He used snippets of other people’s music and created intricate and moving tapestries of sounds, all rooted in hip-hop. It’s a masterpiece.

The problem is, what do you do when your debut is not only a masterpiece, but a masterpiece rooted in a technology (sampling) that is legally expensive to do? Shadow has been trying to carve a path for himself for the past twenty years and five studio albums, to mixed results. His albums have had moments of greatness, but Shadow’s musical curiosity has made for uneven listens. He’ll go from a ballad to a speed-metal song. He’ll sandwich a blues song between two hyphy tracks. His latest, “The Mountain Will Fall,” sees Shadow exploring EDM/instrumental hip-hop.

There is at least one truly great song on “The Mountain Will Fall,” and that’s the collaboration with Run the Jewels, “Nobody Speak.” El-P and Killer Mike are in top form, and it is nice to hear them rapping over a beat outside their usual wheelhouse. DJ Shadow’s guitar-and-horn beat is more stripped down than the music that El-P has been making for his group, and it shows that the duo can shine even with a less aggressive beat. Their rhymes are effortless and flawless.

Throwback jam “The Sideshow” is another highlight, and recalls both Shadow’s turntabalist period and his brief flirtation with hyphy. Ernie Fresh’s rhymes are a nice compliment to Shadow’s phrenetic beat, which is laced with cuts and scratches.

The rest of the songs are more rooted in the type of glitchy, experimental instrumental hip-hop that L.A. producers have been perfecting over the past decade. There is a little Nosaj Thing and even Flying Lotus in songs like the title track, “Three Ralphs,” and “Suicide Pact.” He tries his hand at Big Dumb EDM on “Depth Charge.” He works with Nils Frahm on “Bergschrund,” managing to add thumping hip-hop drums to an IDM track.

“The Mountain Will Fall” is DJ Shadow’s best album in over a decade, largely because it is his most consistent since “The Private Press.” There are no radical stylistic departures, no forays into torch songs or blues or metal. The biggest innovation of the album is exploring electronic music, which is a much more natural fit with his skills as a hip-hop turntabalist. It maintains Shadow’s trademark of combining head-nodding beats with a melancholy vibe, which is what makes “…Endtroducing” such an enduring classic.