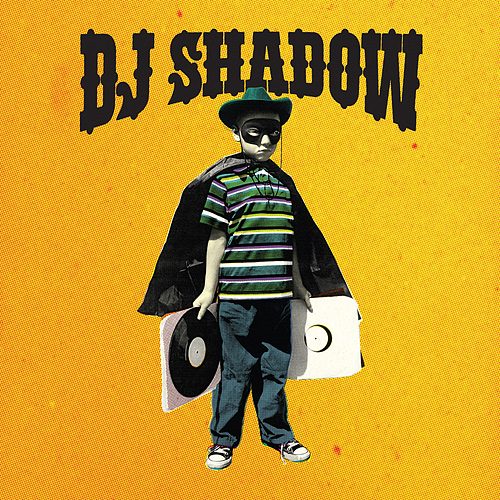 DJ Shadow has always been known for his experimental forays into the hip-hop world. On one hand, Shadow is true school, tending to stick with the old school boom-bap beats and good old fashioned DJing. On the other hand, Shadow is also not afraid to do something new, getting attention for integrating visual shows into his DJ sets for a truly unique experience. Shadow will surely surprise fans again with “The Outside,” but not for the expected reason. Shadow’s latest album is surprising because it tends to be a straight forward rap record. There’s nothing abstract, new, or that different about any of Shadow’s beats, but that doesn’t mean it’s a bad thing.

If the fact that Shadow takes the straightforward approach on the beats isn’t enough, the rappers he chooses to collaborate with are also unexpected. E-40, The Federation, Mistah Fab, Keak The Sneak, and Turf Talk make up the bulk of the rap appearances and represent Hyphy to the fullest. DJ Shadow performs well in crafting beats for the Bay-area’s uptempo dance genre. “3 Freaks” is trunk-rattling party that features hard bass and sparse instruments. Keak The Sneak is in top form (love him or hate him). The remix is handled by Droop-E (E-40’s son) and isn’t nearly as good as the original, though the additional verses are appreciated, especially Mistah Fab’s. “Turf Dancing” is another dope track, but follows the same structural formula as “3 Freaks” (drums and sound effects during the verses, synths kicking in for the hook). E-40 drops in for “Dat’s My Part,” another solid Hyphy track, but Shadow’s Hyphy doesn’t sound as dope or original after the third go round.

Non-Hyphy rappers also make appearances on the album. Newcomer Nump drops “Keep Em Close” but isn’t all that great of a rapper and Shadow’s beat is nothing fresh either. Q-Tip and Lateef show up on “Enuff,” an uninspired dance track. Phonte Coleman makes things interesting on “Backstage Girl.” The song could have been disastrous with a 7 minute running time, but the breaks in the track are enough to make this cautionary groupie tale a worthy listen. The album’s best rap track comes in the form of David Banner’s “Seein Thangs.” I’ll admit that I have a small bias towards David Banner, but it’s hard not to like the guy with verses like this:

“In a Chevy, I’m wondering if the Feds broke the levee
Are they in with the devil to control the weather
Hurricanes and typhoons every other week
While po’ folks is drowning in the middle of the streets
You too scared to speak, or too busy on the internet
I heard they bout to put lojacks in our kid’s necks
Martial law, tell bush, nah we ain’t ready to flip
The hood is like a modern slave ship
We packed like sardines and shackled to the streets
And crack is cotton that grows up from the concrete
Shit, but I guess I’m seeing thangs
We’d rather not learn, we’d rather fuck and gang bang”

On top of being the album’s only track with a real message behind it, the beat by Shadow is outstanding. It has a distinctly southern sound, but Shadow also infuses some soul into the mix by infusing the synths with emotion through the use of dynamics.

The rest of the album isn’t of much interest to rap fans as Shadow either sticks to instrumentals or brings in vocalists to lend a hand. The intro is interesting, sounding like a speech out of “V For Vendetta,” but once you hear the rest of the album it ends up being overly dramatic. The only singer who caught my ear was the guy on “This Time (I’m Gonna Try It My Way)” who ends up being uncredited in the liner notes. The rest of the singers are on some abstract tip and I like my R&B simple and relevant.

Shadow’s performance on “The Outsider” is not disappointing. He comes through with some tight beats and helps make some certified bangers. Where Shadow fails is in making a solid album overall. Despite the presence of some must-hear rap tracks, it’s hard to justify the purchase if you are paying for only about half an album. Shadow’s collaboration with non-rap acts aren’t all that bad but are catered to an entirely different audience. Even within Shadow’s rap collaborations, the styles are so different that it’s hard to predict who would like what. Shadow’s beats are good for what they are, but they aren’t the type to compel a fan to listen to tracks they don’t like simply for the music. I’m a big fan of expanding horizons and not limiting acts to one sound or style, but in this case Shadow may have made things to varied. There’s definitely some dope tracks here that any rap fan should feel, but be advised that you’ll be paying full price for a half full bag of raps.