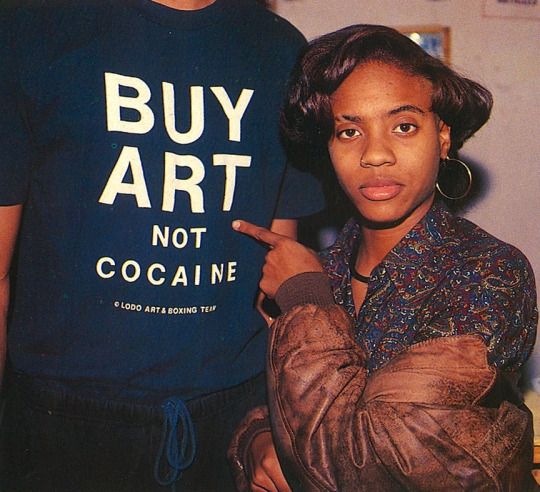 Ordinarily for a video feature on RR I’d want to mix it up after running Queen Latifah last week and give you a different flavor. Following the latest revelation of Donald Trump’s gross misogyny though I had a change of heart. In my teens and 20’s I used to be forgiving of hip-hop misogyny, and even prominent women in the culture would offer forgiving statements like “I’m not a bitch so if he uses the word bitch I’m not offended because he’s not talking about me.” My peers in hip-hop held similar views so quite honestly I didn’t question it. My own defense amounted to “If we’re talking about freedom of expression, that includes the things that piss you off, not just the things you like to hear.”

The problem is that all of that neatly sidesteps the issue of being indoctrinated into a viewpoint that comfortably reinforces the male ego. It’s not hard for a guy to like a song that says “Bitches ain’t s–t but hoes and tricks” if he can view himself as the protagonist and women as the antagonist. In such a world all women slash “bitches” are worthy of contempt in a world where men hold the reins of power. Why as a guy would you be mad at a song that reinforces the idea of men on top and women (figuratively and literally) on the bottom? A lot of negativity toward female emcees over the years is couched in an assumed gender bias based on that hierarchy: women are “soft” but men rap “hard,” women have “irritating vocal tones” while men sound like “real G’s,” women are “gold diggers” while men are “stacking bands” and so on.

Given hip-hop’s troubled history with gender equality the rise to prominence of artists like Queen Latifah and MC Lyte should not be quickly dismissed or easily overlooked. These ladies of the 1980’s who were also mighty in the 1990’s didn’t just shatter the glass ceiling of male dominance on the music charts, they also provided a much needed counterpoint to a chillingly casual disregard toward women in rap where any woman can get a beating for allegedly disrespecting a man with no consequences. MC Lyte became an icon not because she could hang with the men or was respected by her male peers but because disrespect was no longer an option. Maybe a guy could convince himself that Ice Cube was right that “A Bitch Iz a Bitch” for a little while, but MC Lyte wasn’t about to take that kind of s— from anybody and neither was the Queen. They didn’t ask for respect, they came and straight up DEMANDED it, and in my mind I already knew that these ladies could only be “bitches” if they used the term themselves to show how uncompromising and powerful they actually were.

In that sense MC Lyte always has been and always will be one “bad bitch” but as Latifah said so well “you gotta let ’em know, you ain’t a bitch or a ho.” Every time Lyte grabbed the mic you knew, and even in these “Grab ’em by the p—y” times of today I know there’s more than a few Miesha Tates and Ronda Rouseys out there who’d kick a billionaire’s ass if he tried. MC Lyte ain’t playin’ either. From jump she let you know that her name might imply lightness, but the force of her ego and her rap was as heavy as a boulder, and whether male or female she used it to CRUSH her competition.