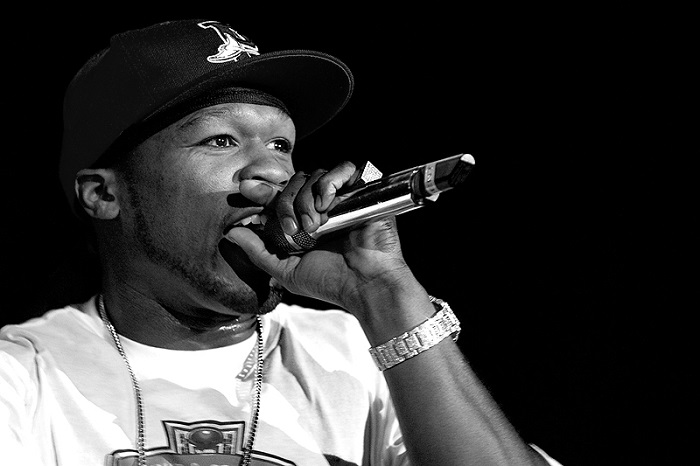 It’s probably as much my perception as reality but to me it doesn’t feel like people talk as much about Curtis Jackson (50 Cent) as they used to. It may be that he left Shady, Aftermath AND Interscope Records back in February 2014 and so he’s no longer able to tap into their extensive resources to garner mainstream publicity. We did review his independently released “Animal Ambition” that year though and the review suggests it was a mediocre entry in his catalogue, so the staff here are still paying attention to 50, but it seems like the public are not. The only times I ever hear about him any more involve him deleting one of his social media accounts or filing for bankruptcy. I guess he’s not popping bottles “In Da Club” these days. I keed, I keed! Seriously though the radio silence on 50 Cent is almost deafening given how big of a hip-hop (and dare I say pop) star he once was back in the 2000’s. It’s strange that he’s not in the conversation.

Let me do my small insignificant part to raise his profile back up just a little bit. I’m not here to argue whether or not 50 Cent is still a rap superstar in the 2010’s, because I’d say notoriety is its own form of fame, although you don’t necessarily want to be in DMX’s shoes in that regard. I also wouldn’t want to argue that recent albums reflect his talent or abilities given all of the distractions in the last few years. Is he the man he was 10 or almost 20 years ago? Who amongst us is? The one thing I can argue for certain is that if we’re looking back at the top 50 Cent videos from his career, there was an unquestionable period of him dominating the landscape not just musically but VISUALLY. Few people could match his vocal or his physical charisma during this period, and it’s not surprising that movie or TV roles followed, which despite his diminished presence in the musical scene still continues to this day. Therefore it’s likely that 50 is not worrying about what anybody thinks of him as a rapper – because Curtis Jackson the man continues to be a success on his own terms. Let’s take a look back though at the videos that propelled him to the heights of commercial popularity.