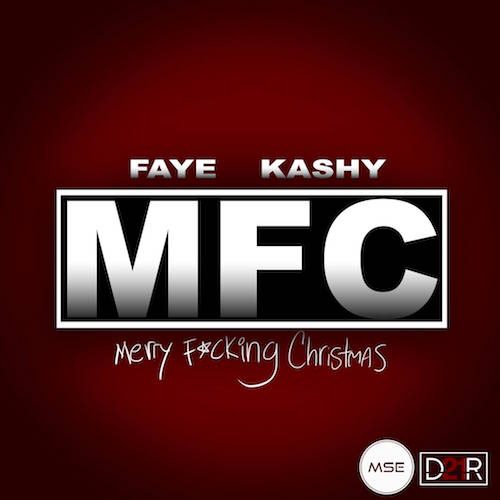 You don’t run across many hip-hop artists who hail from Minot, North Dakota. To be blunt you really don’t run across that many who hail from North Dakota PERIOD. The biggest claim to fame the state may have is just how vast and uninhabited it is, ranking 4th to last out of all 50 states in the union with a total population just topping 750,000. I honestly never thought of Nebraska as that robust, but the Omaha metropolitan area has more people than all of North Dakota – one metro area of a little over 900,000 people. To put it into perspective in a completely different way, trying playing the “license plate” game the next time you’re on a long drive and see if you even get one hit on North Dakota. I’m willing to bet that unless you are driving to Fargo you’re not ever going to see one.

Anyway the young (21) Dakotah Faye has been making his own music since 14, having founded his own imprint and working to improve his craft despite the relative isolation and the hardships of making it big in a scene that most people wouldn’t even know exists. Linking up with Kashy seems to have been a big benefit to Faye though, as he provides all of the production on “MFC” in partnership with Charm and Adapt Audio. He’s also credited with mixing and mastering the entirety of “MFC” except for tracks three and seven. To clarify those numbers though I’m also knocking three tracks out of consideration as “songs” since the first 42 seconds of track one are a skit, while tracks six and eight are “outtake” skits, all meant to add some levity to the proceedings. Basically “MFC” boils down to six songs that clock in at around 20 minutes.

Of the six that remain “God As My Witness” might be the most compelling with an opening verse that takes cues from some of Eminem’s more schizophrenic performances without outright copying Mr. Mathers in style or flow. The best track musically is either “Alright OK” with it’s malleable synthesized music that bends and twists to fit the percussion and bars, or the video game electronics of “Blase” featuring Tru EnuFF. I’m old enough to get a very Space Invaders feeling from the song – it feels like the artists are on an endless march from one side of the rap to the other, only dropping down when they hit the edge. Tru also has a show stealing flow which makes you wish he had cameos on more than one cut – at least until he gets homophobic with his “Rappers wearing dresses on that gay s#%t” line.

I can see the possibilities for Dakotah Faye and Kashy on “MFC,” but I can also see that the scene Dakotah’s in may not have given him enough to elevate to another level. Believe me I’ve heard similar complaints from rappers in Nebraska and that’s bearing in mind my city drawfs Dakotah’s state – that’s not a brag just facts. Everybody always says that to make it you need to go to Chicago, Detroit, New York, L.A., Minneapolis, et cetera. I don’t think that’s as true as it used to be though in a modern internet era of hip-hop where you can link up with producers from around the world as quickly as your PC can boot up, but I’d encourage Faye to take every advantage of those resources and network the hell out of his shit. Work with anybody, collaborate with everybody, and tour the Midwest as much as he can. He had enough hustle to get this in front of me for a review so I’ve got to assume he’s willing to take the other steps too.